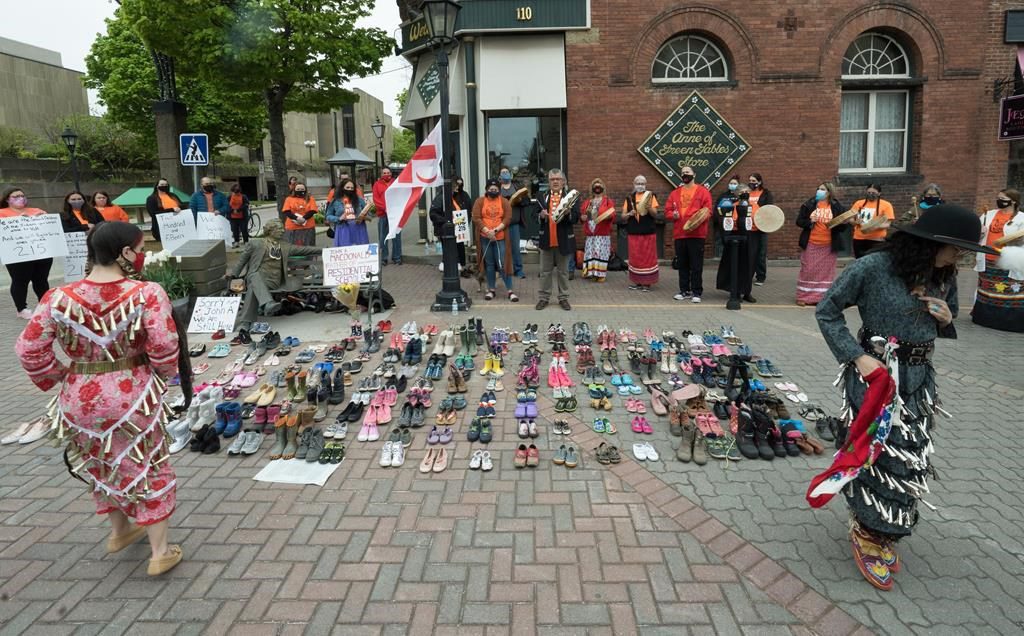 CHARLOTTETOWN — A vigil was held today in downtown Charlottetown in memory of the 215 children whose bodies were recently discovered at the site of a former residential school in Kamloops, B.C.

Demonstrators laid 215 pairs of shoes next to a statue of Sir John A. Macdonald, whose government introduced the residential school system in 1883.

Someone had splashed red paint on the hands of the statue, and vigil organizer Lynn Bradley told the crowd that the red paint represents the blood of innocent children.

The statue has been vandalized numerous times in the past year, and Charlottetown City Council decided recently to add an Indigenous figure on or near the bench where the statue of Macdonald is seated.

Bradley told the crowd not to leave the gathering with anger but instead with love and a promise to use their voices to prevent similar horrendous acts against children.

Prime Minister Justin Trudeau has ordered flags on federal buildings to be lowered in memory of the 215 children, and several premiers and mayors across the country have done the same to flags on other government buildings.