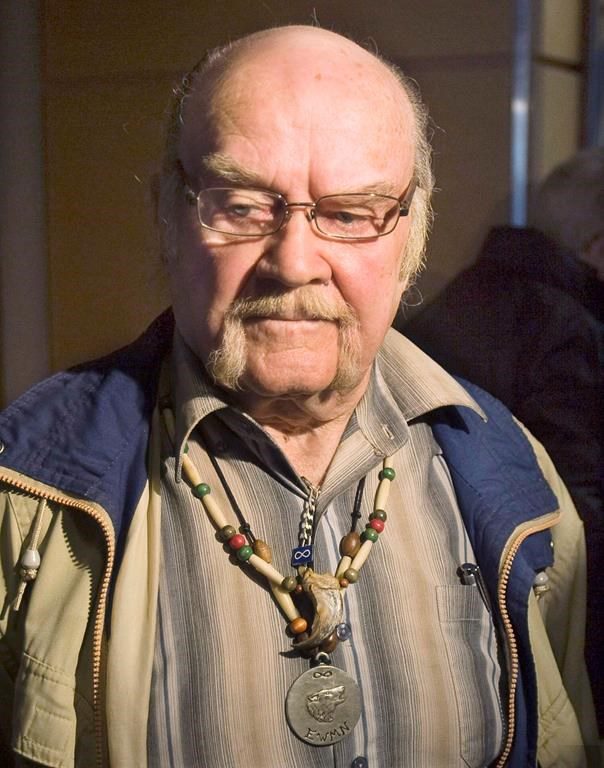 FREDERICTON â€” Parks Canada is offering to move the belongings of the late Jackie Vautour out of New Brunswick’s Kouchibouguac National Park.

But Vautour’s son calls the offer shameful and says he’ll continue his father’s 50-year battle against expropriation of their land.

“It’s so shameful,” Edmond Vautour said in an interview Thursday. “A letter like that just two months after my father passed away. Imagine how my mother felt to hear that.”

The elder Vautour remained on his property, on the east coast of the province, after the park was created in 1969, living in a cabin without electricity until his death in February of this year.

The Vautour family say they are Metis-Acadian and the expropriated land is unceded Mi’kmaq territory that is the subject of an ongoing court challenge.

Vautour’s widow, Yvonne, received a letter from Parks Canada dated April 6, offering to move belongings and structures out of the park.

“It was reported by your son, in the media, that you no longer live in the park and can’t live alone now that your husband has passed,” Geraldine Arsenault, director of Kouchibouguac National Park, wrote in the letter.

“I want you to know we are ready to work with you to help transport your personal effects and the structures you hope to keep to a spot that works for you outside the national park,” she wrote.

The letter also offers to allow the family to bury Vautour in a cemetery in the park.

“What I have to tell to them is that it’s not their business where we are going to bury my father,” Vautour said.

He said his mother has been staying with his sister but plans to move back to the cabin in the park, adding that the family will defend it and the rights of the 250 families displaced by the expropriation.

“My dad was always trying to get justice for the families,” Vautour said. “I was a kid when we lived through that. Now we are men and we’re not scared to die there. If they want to come down and try to do anything, it’s going to be really dangerous.”

For years, Jackie Vautour fought the expropriation in the courts, claiming the land to be Metis-Acadian and unceded Mi’kmaq territory but the courts ruled there was no evidence of Metis historically living in the area.

In January 2021, the New Brunswick Court of Appeal dismissed his appeal.

Edmond Vautour, however, said the issue is still before the courts.

Stephen Augustine, a hereditary chief of the Mi’kmaq Grand Council, says the land is unceded Mi’kmaq territory and that he has told the Vautours they can continue to live on it.

“I had promised them that they could stay there, and it is unsurrendered Mi’kmaq territory, so I don’t think (Parks Canada) have the right to fend anybody off the park,” Augustine said in an interview Thursday.

“Please be advised that we hereby put you on notice that nothing is to be disturbed at the residence of Mme. Yvonne Vautour in the unceded, unsurrendered Mi’kmaq territory,” they wrote in a letter dated April 13.

“The Vautour family will continue to occupy the property with the express consent of Hereditary Chief Stephen Augustine. Please govern yourself accordingly,” they wrote.

Swinwood said another challenge to the expropriation of Vautour’s land remains before the Court of Queen’s Bench, and that he has asked for a case conference to discuss the timeline moving forward.

“There is such clear Indigenous title that one would wonder why there would even be a contest,” he said in an interview Thursday.

Vautour was 92 when he died in February after being hospitalized with liver cancer and pneumonia.

Alexandre Cedric Doucet, president of New Brunswick’s Acadian Society, said Vautour never gave up his battle to remain on his family’s land, and he became a symbol that inspired generations.