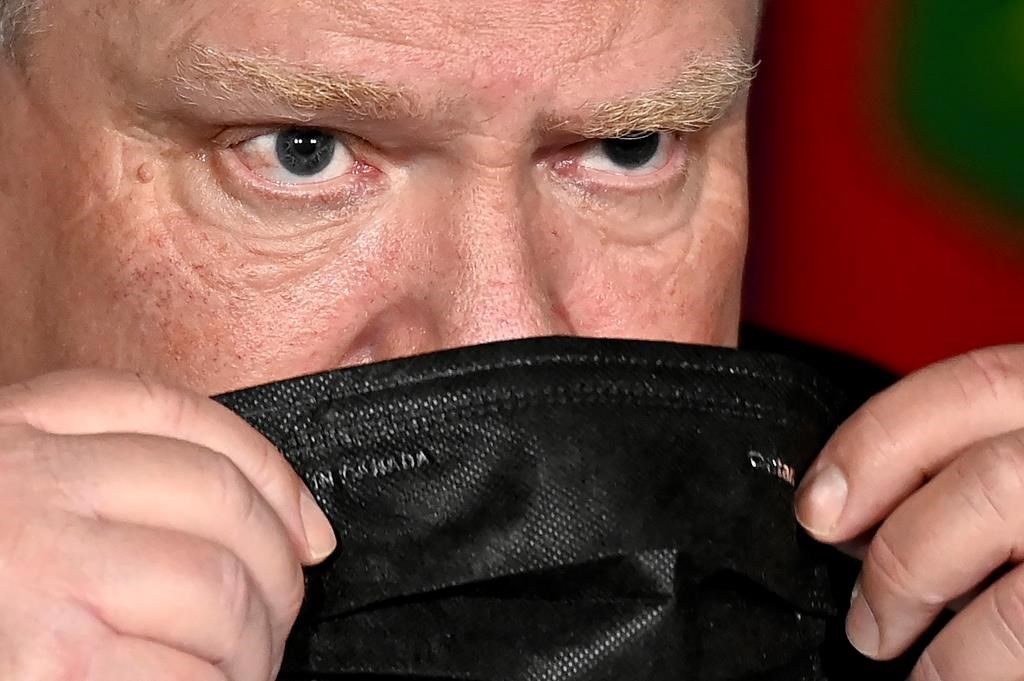 Ontario's premier got emotional today as he apologized for a mistake and some leaders urged the federal government to tighten restrictions for travellers returning to Canada as rates of COVID-19 variants continue to surge across the country.

Doug Ford choked up talking about how people were angry after his government increased police enforcement powers and closed playgrounds last Friday, decisions which have since been reversed.

“I'm sorry and I sincerely apologize,” Ford said from his home where he is isolating after being exposed to COVID-19.

“Because as premier, as I said right from the beginning, the buck stops with me."

Ford said there are no easy choices left as a devastating third wave of the pandemic washes over Ontario. There were 3,682 new cases reported today and 40 more deaths.

Ford also promised a paid sick-leave program. He did not provide details but said people forced into quarantine shouldn’t have to worry about their jobs or income.

Quebec reported 1,248 new cases and seven more deaths. Premier Francois Legault called for tougher quarantine rules for passengers on international flights and people driving into Canada after a variant that appears to be wreaking havoc in India was detected in that province earlier this week. B.1.617 is considered a variant of interest.

"Now is not the time to be traveling abroad,” he added.

“We have to make sure that we stop the risk of these dangerous variants getting into Canada, or getting further into Canada, while our vaccination levels are so low,” O’Toole said during an announcement at a downtown Ottawa hotel.

Health Canada says about one per cent of arriving passengers are testing positive, but can’t say how many have tested positive after 10 days.

Elsewhere, Nova Scotia closed its provincial boundary today to non-essential travel from all parts of Canada â€” except Prince Edward Island and Newfoundland and Labrador â€” as it deals with a spike in COVID-19 cases.

When asked about travel within Canada, Njoo said he felt discouraged by people making the choice to cross provincial boundaries for things like ski trips or holidays. He said too many health-care systems are overwhelmed and more people still need to get vaccinations.

“This is not the time for that,” he said. “There’s a crisis going on.”

Canada passed a vaccination milestone Thursday morning with more than 10 million people receiving at least one dose â€” about 30 per cent of the adult population.

Maj. Gen. Dany Fortin, who is leading the country’s distribution effort, said he remains optimistic the number of vaccines coming into the country will continue to increase despite Moderna struggling with production and no further shipments of the Oxford-AstraZeneca vaccine confirmed.

The first delivery of 300,000 Johnson & Johnson doses will arrive in Canada next week and be distributed to the provinces the first week of May.

“Overall the quantities of vaccines we can expect from manufacturers continue to grow so that more and more Canadians can continue to be vaccinated.”