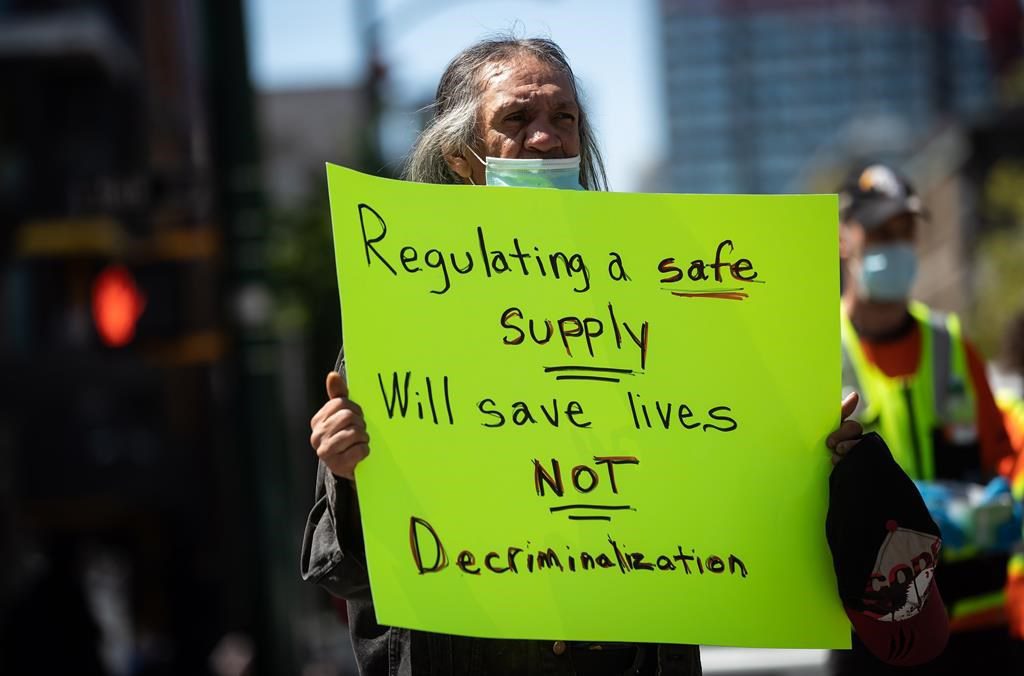 VANCOUVER — The City of Vancouver says it has submitted its final proposal for decriminalization of simple possession of drugs to Health Canada, making it the first jurisdiction in the country to apply for such an exemption for federal drug laws.

The city says in a statement the so-called “Vancouver Model” proposes personal possession threshold levels for 15 common substances and would lead to a dramatic reduction in seizure by police.

The news comes the same day the BC Coroners’ Service said 176 British Columbians died from toxic illicit drugs in April, bringing the total number of deaths this year to 680.

Vancouver’s decriminalization pitch has faced criticism from drug users who say the proposed possession thresholds are too low and their input hasn’t been taken seriously.

Board members of the Vancouver Area Network of Drug Users have said the thresholds will increase users’ interactions with both drug dealers and police, and could prompt producers to make even stronger and more dangerous drugs.

Ted Bruce, public health consultant for the city, said the proposed thresholds in the submission are only a starting point.

“We anticipate that they will evolve as further data becomes available and increased consultation with people with lived experience occurs to make sure the Vancouver Model achieves its goal of reducing stigma, reducing risk, and connecting people to care,” Bruce says in the statement.

The City of Vancouver, the Vancouver Police Department, and the office of Vancouver Coastal Health’s chief medical health officer have worked together to determine initial drug thresholds based on science and research, the city says.

Under the proposal, individuals found in possession of less than the threshold amount of a drug would not face criminal sanctions or administrative or financial penalties.

Instead, the city says the model stresses voluntary referrals and contact by health-care workers, not police.

The B.C. government has also said it plans to apply for a federal exemption to decriminalize personal possession of drugs across the province.