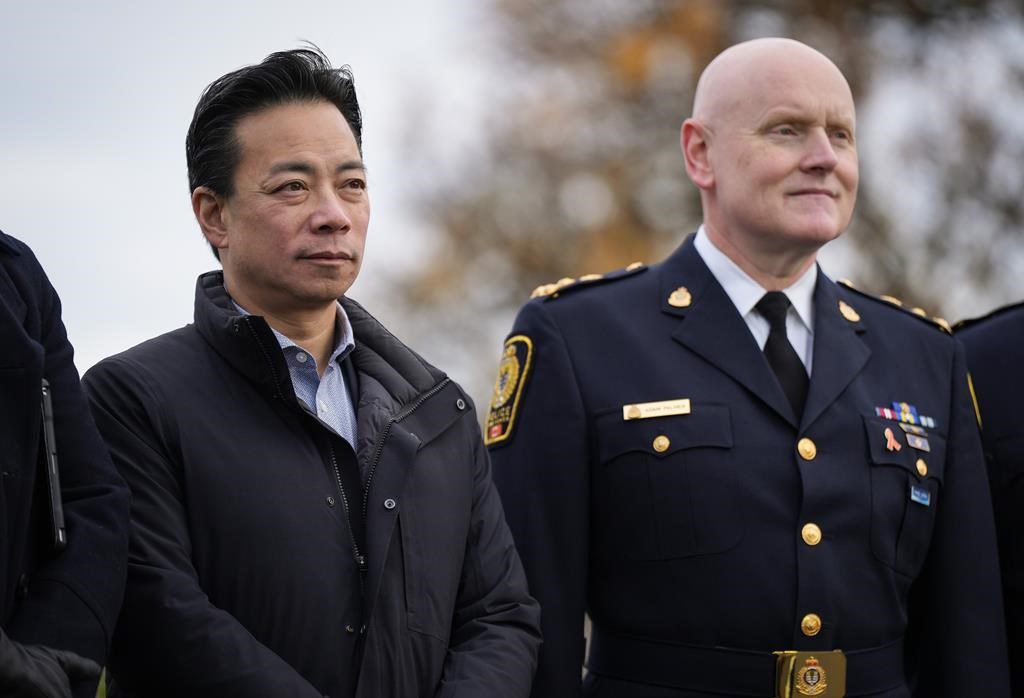 Vancouver city council is expected to vote on a motion today launching a flagship promise by the city’s new mayor to hire more police and mental health nurses, but the idea facing pushback.

Mayor Ken Sim campaigned on a promise to hire 100 more officers and 100 mental health nurses for programs that partner police with nurses to respond to non-emergency mental health calls.

The idea, which is expected to cost a total of $20 million a year, has already received significant criticism from more than two dozen people speaking against the motion at an earlier meeting.

The mayor’s office called the promise a vital component to bolster Vancouver’s front-line response to the mental health and addictions crisis in the city.

Stacy Ashton, chair of the BC Crisis Line Network, says involving officers when a person is in a mental health crisis can be “hugely anxiety-provoking” if someone doesn’t trust the police.

“Their role is really public safety. Their role is to kind of control the situation and get folks to comply with their instructions,” she said.

“And when somebody is in crisis, they’re out of control and the worst thing you can do in that moment is take even more of their control away.”