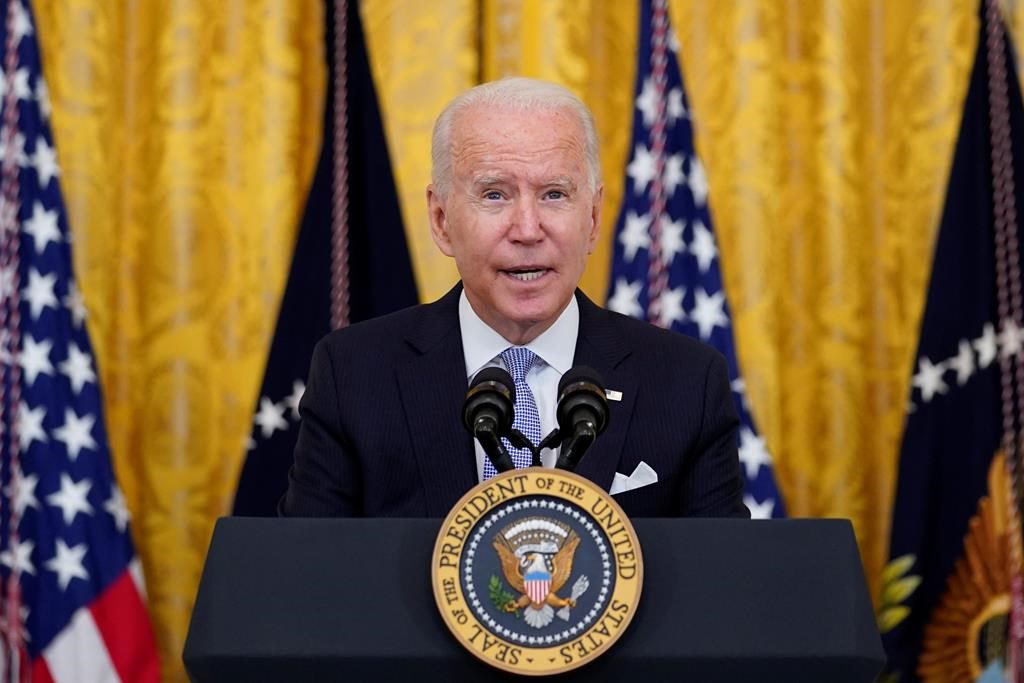 MEXICO CITY (AP) — U.S. President Joe Biden will meet with Cuban-American leaders Friday to discuss the recent social protests in Cuba, the possibility of new sanctions on its government and options for providing internet access to the island’s population.

The afternoon White House meeting, previewed for The Associated Press by an administration official, will take place almost three weeks after unusual July 11 protests in which thousands of Cubans took to the streets in Havana and other cities to protest the shortage of products, power outages and government policies. They were the first such protests since the 1990s.

Among the people who will meet with Biden is Yotuel Romero, one of the authors of the song “Patria y vida!” which has become a kind of anthem for the protests, said the official, who spoke on condition on anonymity because they were not authorized to discuss the plans in public.

Also present will be L. Felice Gorordo, CEO of the company eMerge Americas; Ana Sofía Peláez, founder of the Miami Freedom Project, and Miami’s former mayor, Manny Díaz, among others.

The White House did not provide more details, only saying that new sanctions will be discussed as well as ways to establish internet access for the Cuban people.

Internet access is a sensitive issue in Cuba. In the days before the recent protests, there were calls for antigovernment demonstrations on social media. Cuba’s government said anti-Castro groups in the United States have used social media, particularly Twitter, to campaign against it and blamed Twitter for doing nothing to stop it.

Internet service was cut off at one point during the July 11 protest, though Cuban authorities have not explicitly acknowledged that they did so.

Some U.S. leaders, including Florida Gov. Ron DeSantis, have said the White House should do something to maintain internet service in Cuba, including using balloons as Wi-Fi access points for the population.

“In addition to the internet, the administration is considering proposals put forward by U.S. advocates of trade with Cuba that would restore ways for Cuban-Americans to send money to relatives on the island.

Biden and others have rejected the outright restoration of remittances because of a percentage fee of the transaction paid to the government. But under one proposal being considered, the transfer agents would waive that fee until the end of the year, according to proponents.

The proposal would have to be cleared by the Cuban government, however, and it is not at all clear it would agree.”

Last week, the U.S. government announced sanctions against the Minister of the Cuban Armed Forces, Álvaro López Miera, and the Special Brigade of the Ministry of the Interior — known as the “black berets” — for having participated in the arrest of protesters.

International organizations have harshly criticized the Cuban government, which has said that while people affected by the country’s crisis participated in the protests there were also “criminals” who took advantage of the situation to create disturbances. At times, the protests turned into vandalism with looting, robbery and confrontations with the police.

Government sympathizers also took to the streets to defend the authorities and the revolution.

So far it is unclear how many people were detained in total, although the judicial authorities have said there have been 19 trials involving 59 people.