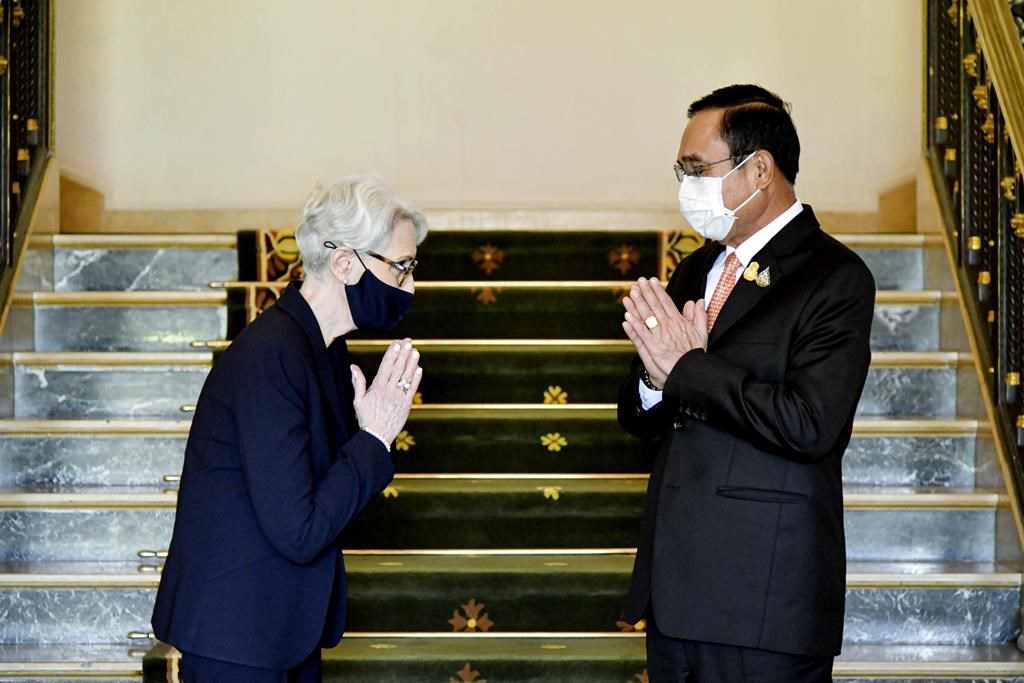 BANGKOK, Thailand (AP) — A U.S. State Department official called on Wednesday for the immediate release of two American journalists who were arrested by Myanmar’s military junta.

Deputy Secretary of State Wendy Sherman said the arrests of Danial Fenster and Nathan Maung were of deep concern, and urged that they be freed and allowed to return home to their families.

“A free and independent media is indispensable to build prosperous, resilient and free societies. The detention of Daniel and Nathan, as well as arrests and use of violence by the Burmese military against other journalists, constitutes an unacceptable attack on the freedom of expression in Burma,” Sherman told journalists during a stop in Bangkok, referring to Myanmar by its former name.

Sherman is making her first overseas trip since taking office, with visits to Belgium, Turkey, Indonesia, Cambodia and Thailand.

Fenster, 37, the managing editor of the news and business magazine Frontier Myanmar, was detained at Yangon International Airport on June 24 as he was preparing to board a flight to Kuala Lumpur, Malaysia, en route to the Detroit area to see his family.

Maung and Myanmar national Hanthar Nyein, co-founders of the Myanmar news website Kamayut Media, were arrested on March 9, according to the New York-based Committee to Protect Journalists, citing accounts in Myanmar media. The group said it had reports that Maung, the website’s editor-in-chief, and Hanthar, a news producer, had been physically mistreated by guards in their first few weeks at Insein Prison.

Two other foreign journalists have been arrested by the military junta that took power in February after ousting the elected government of Aung San Suu Kyi. Freelancers Robert Bociaga of Poland and Yuki Kitazumi of Japan have since been deported.

According to Myanmar’s Assistance Association for Political Prisoners, about 90 journalists have been arrested since the army’s takeover, with more than half still in detention, and 33 are in hiding.

The association, which keeps a detailed tally of arrests and deaths since the military takeover, says more than 4,400 people are in detention, including 110 who have already been sentenced.