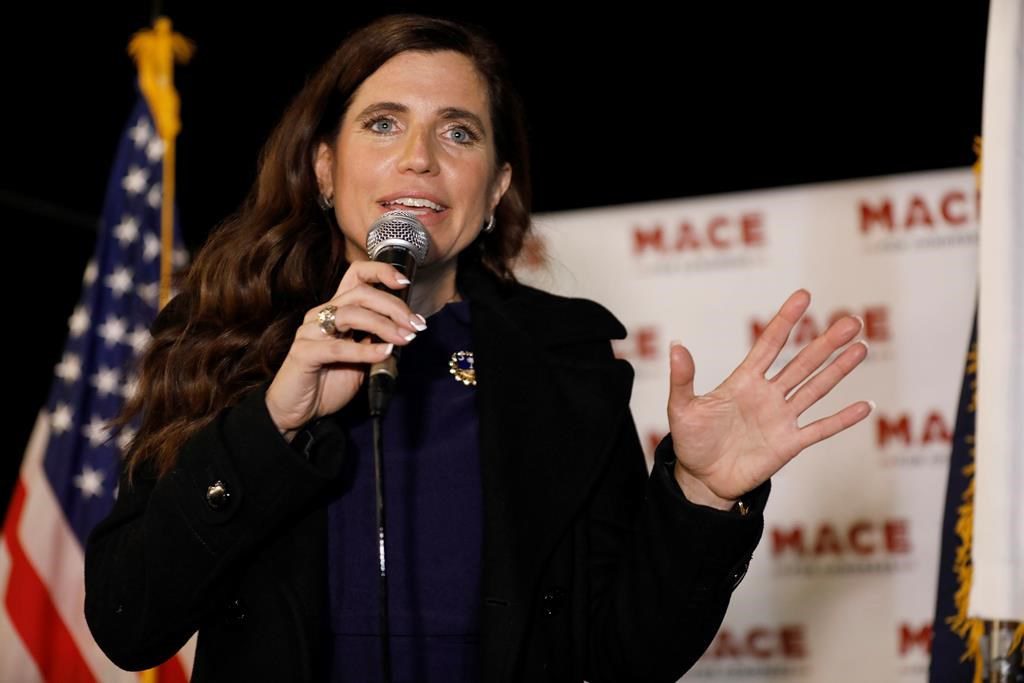 U.S. Rep. Nancy Mace on Tuesday posted a video of obscenities that she said had been spray-painted on her Charleston-area home over the Memorial Day weekend.

“It’s very scary,” the first-term Republican said in the video as she pointed to the graffiti on the front of her home on Daniel Island, a planned community near Charleston.

Mace panned her camera to words reading, “No gods, no masters, all politicians are bastards” on the steps leading up to her home, along with symbols sometimes used by a movement that calls itself antifa, a contraction for anti-fascists.

“This is a house that I live in with my kids,” Mace, an outspoken critic of President Joe Biden’s administration, said in the video. “My kids aren’t even safe on the front porch of their own home.”

Mace also posted video of a man scrubbing and power-washing off the graffiti. She said she had contacted local law enforcement to investigate.

In November, Mace won a narrow victory over Democratic U.S. Rep. Joe Cunningham, taking back South Carolina’s 1st District for Republicans in one of a series of GOP victories across the state, at all electoral levels. Cunningham had a historic victory in 2018 when he flipped that seat from Republican to Democratic control for the first time in decades.

Mace said this is the second time her private property has been marred by those who oppose her politically. In the run-up to the November election, then-candidate Mace told The Associated Press that someone tried to intimidate her by carving an obscenity into a side door of her vehicle hours before she met Cunningham for a debate.

And before that, Mace said, someone flew cross-country to seek her out in her neighborhood.

Meg Kinnard can be reached at http://twitter.com/MegKinnardAP.