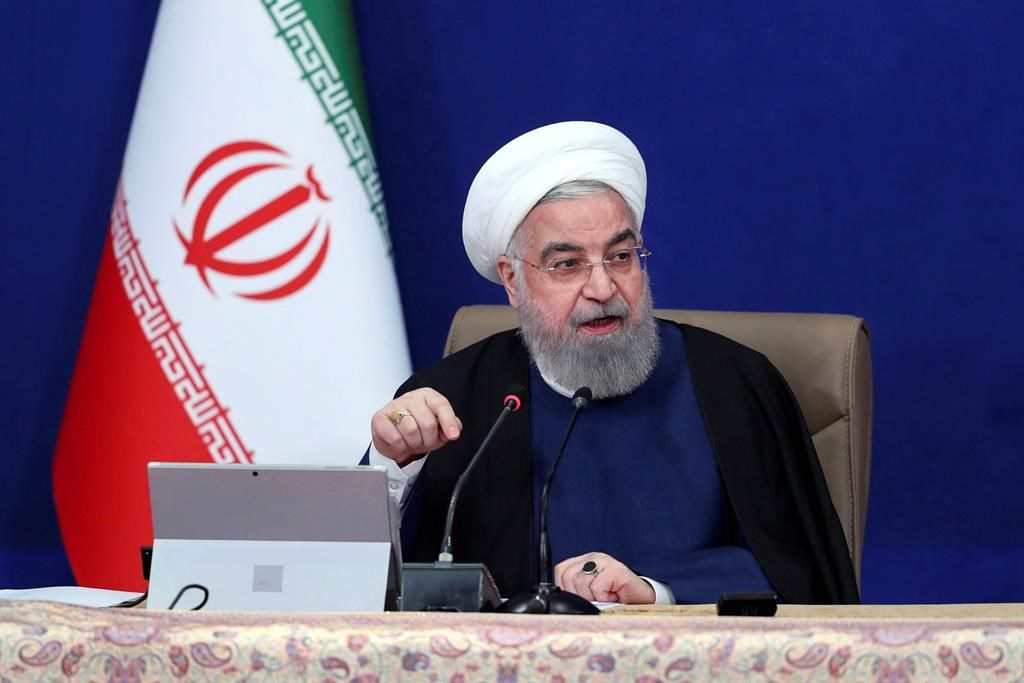 WASHINGTON â€” A senior U.S. official said Wednesday that the Biden administration has laid out examples of the kinds of sanctions on Iran it's willing to lift in exchange for Iran's return to compliance with the 2015 nuclear deal.

The official said the U.S. through intermediaries has presented Iran with three baskets of sanctions: those it's prepared to lift, those it's not prepared to lift and those that will require further study to determine if they are in fact appropriate for relief under the nuclear deal. The official briefed reporters on condition of anonymity because of the confidential nature of the discussions.

The official declined to specify which sanctions fall into which baskets but said the third group is the most problematic. That's because it includes measures that current officials believe may have been imposed by the previous administration simply to complicate any potential return to the deal that former President Donald Trump withdrew from in 2018.

Any sanctions relief offered by the administration will be strongly opposed by Republicans in Congress, who on Wednesday unveiled draft legislation to codify the Trump-era sanctions in law. Relief will also likely be opposed by Israel, which regards Iran as an existential threat, as well as Gulf Arab states wary of Iran’s increasing aggressiveness in the region.

The 2015 deal gave Iran billions of dollars in sanctions relief in exchange for curbs on its nuclear program. But that relief largely evaporated after Trump pulled out of the deal and began a self-styled "maximum pressure" campaign against Tehran by re-imposing the earlier sanctions and adding new ones.

While the agreement allowed countries to continue to impose sanctions on Iran for non-nuclear reasons, such as support for terrorism and human rights abuses, some of the additional U.S. sanctions would have to be removed if Washington is to return to the deal, according to the official.

The official said the Trump administration had designated some nuclear sanctions as terrorism sanctions. That makes it more difficult for a future president to return to the deal.

Many of the sanctions that Trump imposed on Iran were clearly related to the nuclear program, including those that targeted companies and officials working on atomic matters, and would have to be removed if the U.S. returned to the deal. But others, ostensibly imposed on terrorism and human rights grounds, are less clear cut, including those on Iran's financial, shipping, manufacturing and energy sectors. The official said the Biden administration is still determining which of those were legitimately related to terrorism and human rights.

The official said there is not yet any sanctions relief agreement between Iran, the U.S. or other parties in the indirect negotiations taking place in Vienna on reviving the nuclear deal. Those talks are in recess but are expected to resume next week. The official would not give a timeframe on when the talks might conclude.

Iran is demanding the removal of all sanctions that the Trump administration imposed on it following its withdrawal from the agreement known as the Joint Comprehensive Plan of Action, or JCPOA. The Biden administration has said it will only lift sanctions if Iran returns to compliance with the restrictions the agreement placed on its nuclear activities.

The official said no decision had been made on the sequencing of either side’s moves but stressed that a situation in which the U.S. removes its sanctions before Iran takes any action to resume its compliance would be "unacceptable."

State Department spokesman Ned Price said earlier Wednesday that the talks had produced "some signs of progress." But, he cautioned that "we probably have a longer road ahead of us than we do in the rearview mirror at this point. And that is because of the inherent challenges in this process. And many of those challenges, at least, are not going away."

The talks in Vienna broke on Tuesday with delegates from Russia and Iran reporting limited progress.

Russia's representative Mikhail Ulyanov said after a meeting of the deal's so-called Joint Commission of senior officials from France, Germany, Britain, China and Iran that they had noted "with satisfaction the progress in negotiations to restore the nuclear deal."