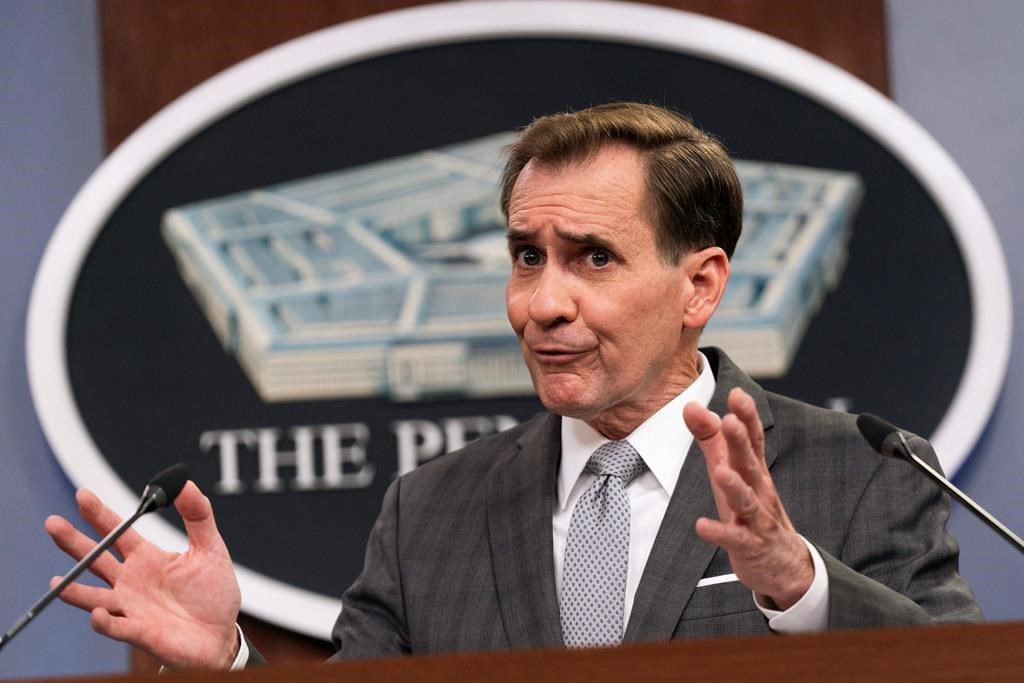 WASHINGTON â€” The U.S. will likely increase its troop presence in Afghanistan temporarily over the coming weeks and months in order to fulfil President Joe Biden’s order to safely withdraw all forces from the country by Sept. 11, the Pentagon said Friday.

Pentagon chief spokesman John Kirby declined to provide specifics and said details are still being worked out. But he said "it's logical to assume that you may need some logistics help, maybe some engineering help, you may have to add some force protection capabilities â€” again temporarily â€” just to make sure that the drawdown goes in a safe, orderly and effective way."

Biden announced Wednesday that the U.S. would pull all of its more than 2,500 troops out of Afghanistan by Sept. 11 â€” the 20th anniversary of the al-Qaida terror attack on the U.S. that had triggered the U.S.-led invasion of Afghanistan. NATO announced it would follow the same timetable for withdrawing more than 7,000 allied forces.

The president’s decision defies a May 1 withdrawal deadline that was agreed to by the Trump administration as part of a peace agreement with the Taliban. Instead, Biden said that the U.S. withdrawal would begin on May 1.

Speaking at a Pentagon press conference on Friday, Kirby had few details on the pace and timing of the drawdown. He said it was not clear how many troops would be out of the country by May 1 as a signal to the Taliban that the U.S. was abiding by its new plan to begin leaving.

The Taliban has warned that it will retaliate if the U.S. does not abide by the Trump administration’s agreement. And those threats are a key concern for the Pentagon as it tries to safely move troops and likely millions of dollars in equipment out of the country.

Biden, Defence Secretary Lloyd Austin and others have made it clear that the U.S. is keenly aware of the Taliban threats, and that any attacks on U.S. or allied personnel or facilities would face strong U.S. reaction.

The total included more than 2,800 armed and unarmed private security contractors, of which more than 1,500 are armed. Of those 1,500, about 600 are Americans.

Defence Department contractors conduct a wide variety of tasks from protecting convoys and serving as security escorts to training, engineering and maintenance duties.

Defence officials and military commanders have been planning for the U.S. troop withdrawal for months, spurred on by the peace agreement and the Trump administration's persistent desire to end the war. The Pentagon, however, was able to successfully argue over the past year or more that a complete pullout was unwise, and would strip the U.S. of any leverage with the Taliban in the peace talks.

In defending the new withdrawal plan, the Biden administration has argued that the U.S. and its NATO allies have achieved their goal of killing al-Qaida leader Osama bin Laden and decimating his network, which made the 9-11 attack possible. And officials say the U.S. military will maintain assets in the region to ensure that Afghanistan is not used as a base for terror attacks against America again.

A number of U.S. lawmakers and human rights groups have denounced the decision, saying the troop pullout could cause security in Afghanistan to collapse and erode gains in governance, democracy and rights for women. And military critics have raised doubts that the U.S. will be able to keep pressure on terror groups, including an affiliate of the Islamic State, that still maintain a presence in Afghanistan.

Austin has said that the United States will keep counterterrorism "capabilities" in the region to keep pressure on extremist groups operating within Afghanistan. Asked for details, he declined to elaborate on where those U.S. forces would be positioned or in what numbers.

Likely solutions include using satellite and other surveillance, armed and unarmed drones, and U.S. troops positioned in nearby countries and at sea.