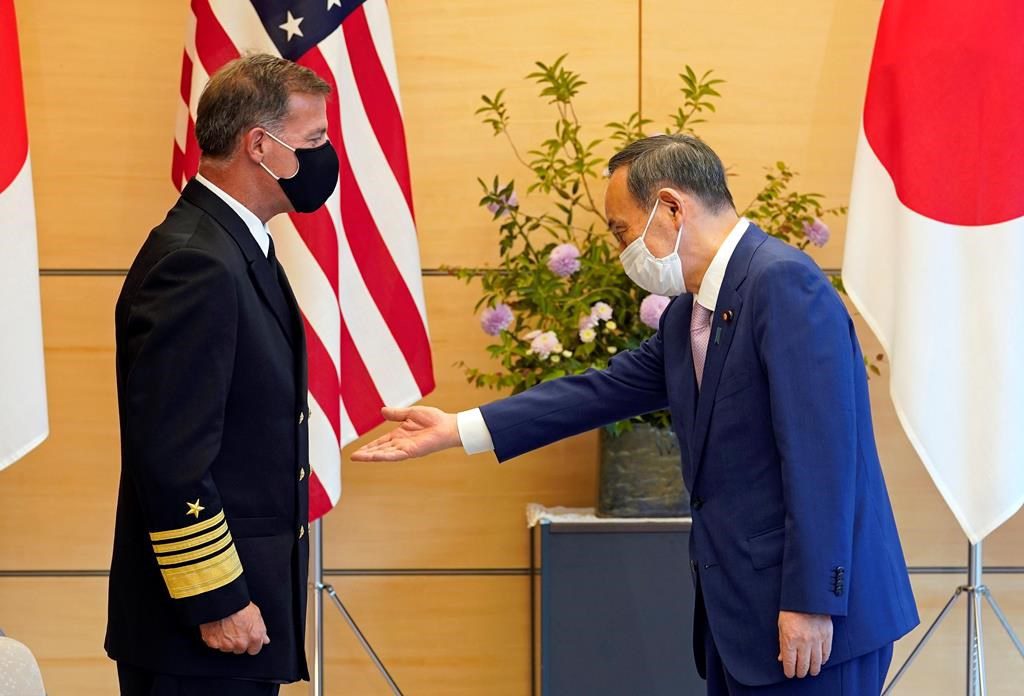 TOKYO (AP) — The new head of the U.S. Indo-Pacific Command held talks with top Japanese officials on Tuesday and reaffirmed their alliance amid China’s increasingly assertive claims to contested areas in the region, officials said.

Adm. John Aquilino, who assumed the post in April, and Japanese Foreign Minister Toshimitsu Motegi shared their concern about China’s “continuous and intensified attempt to unilaterally change the status quo in the East and South China Seas,” the Foreign Ministry said in a statement.

“Under the current circumstances, the importance of the alliance is greater than ever,” Motegi told Aquilio in his opening remarks.

The two sides also reaffirmed the importance of peace and stability in the Indo-Pacific region and agreed to further strengthen their joint response capability and deterrence to achieve a “free and open Indo-Pacific.”

Japan and the U.S. have been promoting the goal of a free and open Indo-Pacific, a defense and economic framework, in a group known as the Quad, which also includes Australia and India, that is seen as a move to counter China’s increasing influence in the region.

China has criticized the group as an exclusionist bloc based on a Cold War-era mindset.

Japan is looking to bolster its military capabilities amid a deepening territorial row with China in regional seas. It is increasingly concerned about Chinese activity in and around Japanese-claimed waters surrounding the Japanese-controlled Senkaku islands, which China also claims and calls Diaoyu.

Japan’s postwar constitution has limited the use of force to self defense, but the country has in recent years expanded its military role, capability and budget.