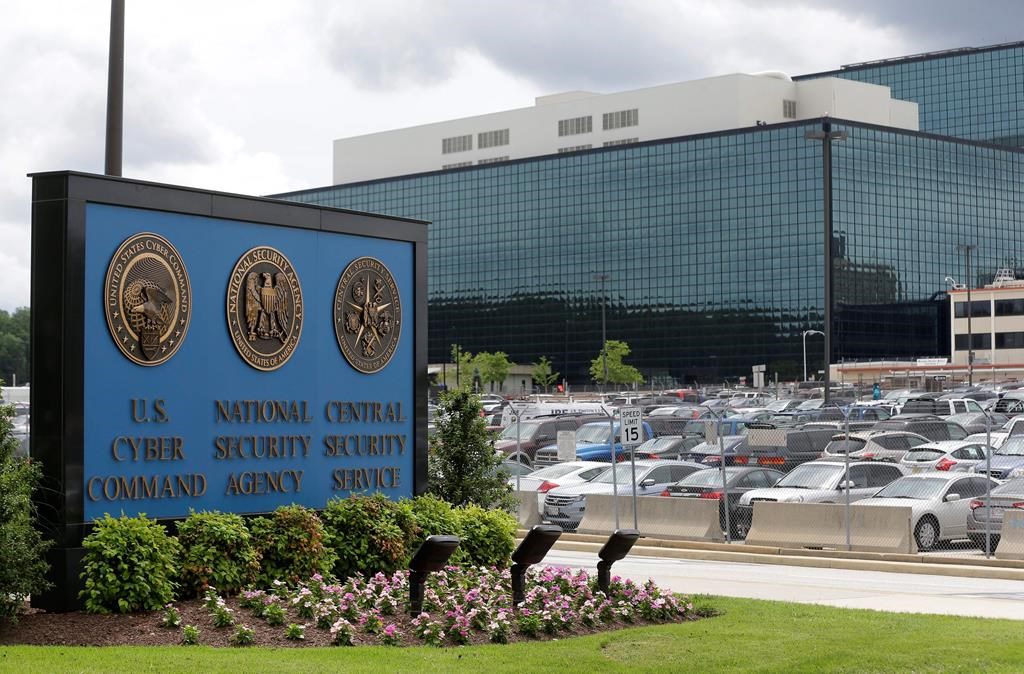 WASHINGTON â€” The number of targets of secretive surveillance in national security investigations fell sharply last year in part because of the coronavirus pandemic and continued scrutiny of the FBI’s wiretapping authorities arising from the Russia investigation, according to a government report released Friday.

The drop in eavesdropping targets under the Foreign Intelligence Surveillance Act, which empowers the FBI to monitor the communications inside the United States of people suspected of being agents of a foreign power, followed a decline the year before after several years of substantially larger numbers.

U.S. officials say the statistics are known to fluctuate from year to year because of various factors, but that in 2020, the COVID-19 pandemic “likely influenced target behaviour, which in turn may have impacted some of the numbers reported for that year."

"The pandemic was the single event with the biggest impact to human behaviour worldwide since the Second World War,” said Ben Huebner, the civil liberties chief at the Office of the Director of National Intelligence, which oversees the nation’s spy agencies. “That means it also had an impact on our appropriate foreign intelligence targets."

The report from the ODNI is the eighth annual version of a document that was first released in the aftermath of disclosures of classified programs by former National Security Agency contractor Edward Snowden. The report is designed to lend transparency to how the government wields some of its most intrusive and powerful national security surveillance powers.

Officials who briefed reporters said the restrictions enacted around the world on movement and large gatherings may have decreased the number of potential people or groups to surveil. They declined to elaborate further on how the pandemic affected intelligence gathering. There was no discernible change in courts’ willingness to approve secret warrants or any directive from Trump administration officials not to use surveillance authorities, officials said.

The number of surveillance targets, under provisions allowing for surveillance with warrants on people suspected of being agents of a foreign power, dropped from 1,059 in 2019 to 451 last year, according to the report.

An opinion released earlier this week from the court overseeing foreign surveillance found "apparent widespread violations" by FBI agents who improperly accessed NSA-obtained material. Judge James Boasberg scolded the FBI for what the agency described as errors but said its practice of querying NSA data could continue with "ongoing monitoring and auditing."

The FBI's use of its authority to eavesdrop on subjects in terrorism and espionage investigations came under intense scrutiny in late 2019 after the Justice Department inspector general revealed significant errors and omissions in a series of applications targeting former Trump campaign adviser Carter Page during the investigation into Russian election interference. The FBI subsequently announced dozens of corrective actions aimed at improving the accuracy and thoroughness of its applications.

Another politically charged metric cited in the report is the number of times the National Security Agency disclosed, or unmasked, the identity of an American referenced in an intelligence report in response to a specific request from another agency.

Such identities are ordinarily concealed before intelligence about surveillance of foreign targets is distributed to administration officials. U.S. officials can ask the NSA to unmask the name if they believe it vital to understanding the intelligence.

The unmasking process is legal and in fact increased during the first years of the Trump administration from the final year of the Obama administration. But the issue became an election-year rallying cry for supporters of President Donald Trump after the release of declassified documents showing that multiple Obama administration officials had asked the NSA to disclose the name of an American whose identity was concealed in intelligence reports but revealed to be Michael Flynn, Trump’s first national security adviser.

According to the report released Friday, the number of people unmasked in 2020 in response to a request from another agency dropped to 9,354 from 10,012 the year before.