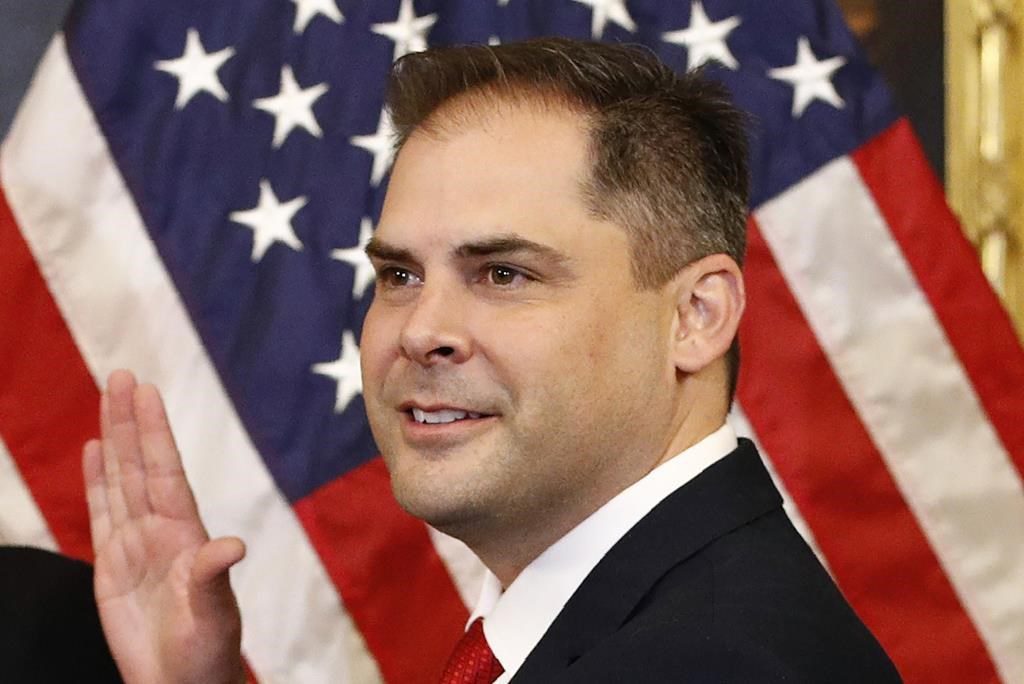 Garcia was elected to a third term in a Democratic-leaning district that then-Democratic presidential candidate Joe Biden carried by double digits in the 2020. It was Garcia’s third consecutive victory over Democrat Christy Smith, a former legislator.

Garcia, who flew over 30 combat missions during Operation Iraqi Freedom, is the sole GOP House member with a district anchored in heavily Democratic Los Angeles County.

It takes 218 seats to control the House. With the addition of the latest California results, Republicans locked down 218 seats so far, with Democrats claiming 211.

In another key win in the state, Rep. Mike Levin beat back a tough challenge from Republican businessman Brian Maryott in a Southern California district that straddles Orange and San Diego counties.

Levin said he was eager to return to Washington to continue working on affordable health care, climate change and assistance for veterans. Biden had come to the district in the election’s closing days in hopes of giving Levin a boost.

Garcia’s win, which gave Republicans House control, came with a splash of political sass, arriving in a state so solidly Democratic that a Republican hasn’t won a statewide race since 2006 that is also home to House Speaker Nancy Pelosi of San Francisco. California is known nationally as a liberal monolith, but pockets of conservative strength remain, mainly in the Southern California suburbs and rural and farming stretches.

But even with the wins, Republicans will remain a small minority within the state’s congressional delegation.

Of the 52 seats — the largest delegation in Congress — GOP candidates had captured just nine districts as of Wednesday. Counting continued in five districts, although one was a match-up between two Democrats.

Garcia was first elected in a special election in May 2020, then was reelected two years ago by just 333 votes. He faced an even tougher challenge this year, after his left-leaning district was redrawn and became more solidly Democratic.

Smith, a former legislator, had argued Garcia was out of step with district voters: He was endorsed by then-President Trump in 2020, then joined House Republicans who rejected electoral votes from Arizona and Pennsylvania and opposed Trump’s impeachment after the Capitol insurrection. She also highlighted Garcia’s opposition to abortion rights.

Garcia emphasized his military service and pointed to his vote supporting $2,000 stimulus checks as one example of his political independence. He’s also stressed local issues, including concern over illegal marijuana cultivation.

In California, the primary House battlegrounds are Orange County — a suburban expanse southeast of Los Angeles that was once a GOP stronghold but has become increasingly diverse and Democratic — and the Central Valley, an inland stretch sometimes called the nation’s salad bowl for its agricultural production.

The tightest remaining contest in the state emerged in the Central Valley, where Democrat Adam Gray seized a tissue-thin lead after Republican John Duarte jumped ahead by 84 votes in a fight for an open seat in District 13.

Underscoring the closeness of the race, Gray’s campaign formed a committee to begin raising money to finance a possible recount. The latest returns showed Gray leading by 600 votes, with nearly 85% of the ballots tabulated.

In Orange County, Democratic Rep. Katie Porter was holding a nearly 3-point edge over Republican Scott Baugh in one of the nation’s marquee races. Baugh had slashed her lead in half earlier this week as counting continued. But Porter, a star of the party’s progressive wing, rebounded. About 90% of the votes had been counted.

In the Central Valley’s 22nd District, where about two-thirds of the votes have been counted, Republican Rep. David Valadao, who voted to impeach then-President Donald Trump, had a 5.6-point margin over Democrat Rudy Salas.