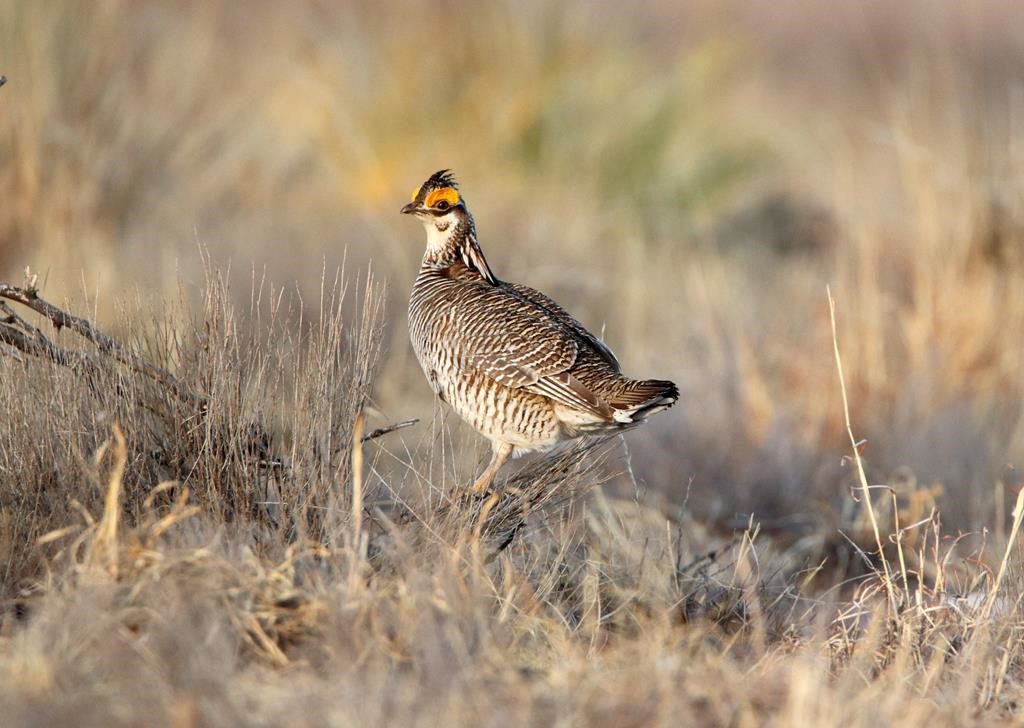 ALBUQUERQUE, N.M. (AP) — The U.S. government Thursday announced protections for two populations of a rare prairie bird that’s found in parts of the Midwest, including one of the country’s most prolific oil and gas fields.

The lesser prairie chicken’s range covers a portion of the oil-rich Permian Basin along the New Mexico-Texas state line and extends into parts of Colorado, Oklahoma and Kansas. The habitat of the bird, a type of grouse, has diminished across about 90% of its historical range, officials said.

“The lesser prairie-chicken’s decline is a sign our native grasslands and prairies are in peril,” said U.S. Fish and Wildlife Service Southwest Regional Director Amy Lueders.

The crow-sized, terrestrial birds are known for spring courtship rituals that include flamboyant dances by the males as they make a cacophony of clucking, cackling and booming sounds. They were once thought to number in the millions. Now, surveys show, the five-year average population across the entire range hovers around 30,000 birds.

Environmentalists had sought stronger federal protections for decades. They consider the species severely at risk due to oil and gas development, livestock grazing, farming and the building of roads and power lines.

The Fish and Wildlife Service decision covers the grouse’s southern population in New Mexico and the southern reaches of the Texas Panhandle, where they are now considered endangered, and their northern range, where they received the less severe “threatened” status.

Landowners and the oil and gas industry say they have had success with voluntary conservation programs aimed at protecting habitat and boosting the bird’s numbers.

But population estimates reveal that the southern areas have lower resiliency and may have as few as 5,000 birds remaining, with the estimates dropping to as low as 1,000 birds in 2015 and 2022 following drought conditions, officials said.

The federal government in 2014 classified the bird as a threatened species, but was forced to reverse that move two years later following court rulings that determined the agency didn’t properly consider the voluntary conservation efforts.

Landowners and oil companies already participating in the voluntary conservation programs won’t be affected by Thursday’s decision because they have been taking steps to protect habitat, officials have said. However, it prevents activities that result in the loss or degradation of existing habitat.

More than 9,375 square miles (24,280 square kilometers) were covered by conservation agreements as of last spring,

Michael Robinson of the Center for Biological Diversity said having protections for the animals was “terrific” but came too late for prairie chickens in some areas. Robinson’s group filed a lawsuit against the government last month because it was five months late in releasing a final decision. The initial petition for protections for the bird was filed in 1995.

“We wish that the Fish and Wildlife Service hadn’t delayed this protection for 27 years, because quicker action would have meant a lot more lesser prairie chickens alive in a lot more places today,” he said.