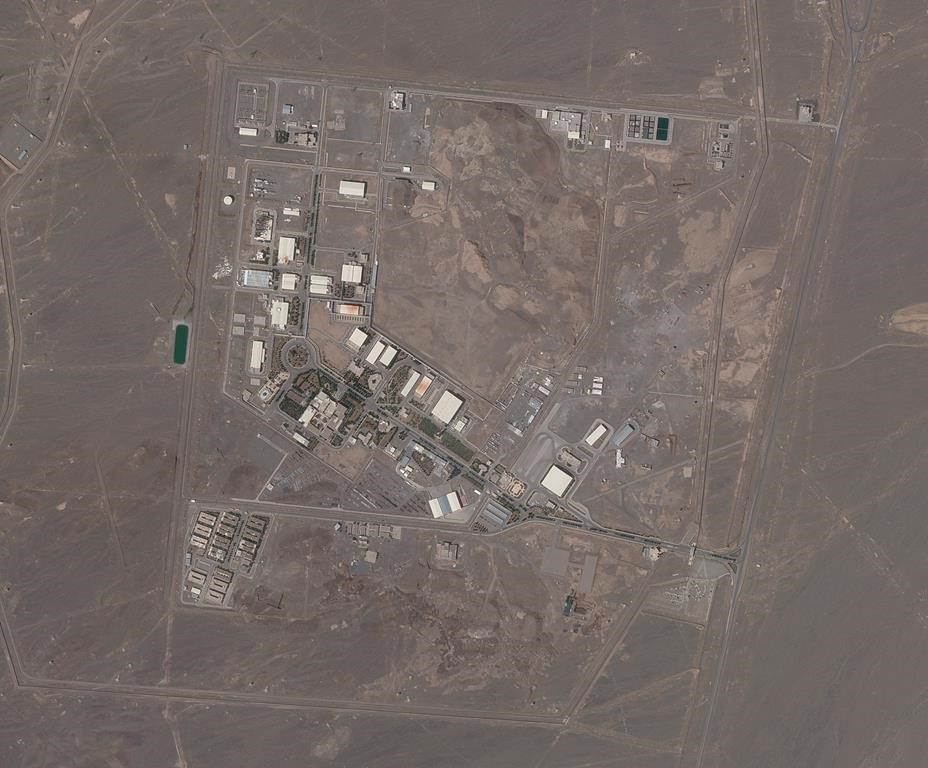 WASHINGTON â€” The Biden administration is considering a near wholesale rollback of some of the most stringent Trump-era sanctions imposed on Iran in a bid to get the Islamic Republic to return to compliance with a landmark 2015 nuclear accord, according to current and former U.S. officials and others familiar with the matter.

As indirect talks continue this week in Vienna to explore the possibility of reviving the nuclear deal, American officials have become increasingly expansive about what they might be prepared to offer Iran, which has been driving a hard line on sanctions relief, demanding that all U.S. penalties be removed, according to these people.

Americans officials have refused to discuss which sanctions are being considered for removal. But they have stressed that they are open to lifting non-nuclear sanctions, such as those tied to terrorism, missile development and human rights, in addition to those related to the nuclear program.

Biden administration officials say this is necessary because of what they describe as a deliberate attempt by the Trump administration to stymie any return to the deal. Under the 2015 agreement, the United States was required to lift sanctions tied to Iran's nuclear program, but not the non-nuclear sanctions.

When President Donald Trump re-imposed sanctions after withdrawing from the deal in 2018, he not only put the nuclear sanctions back in but also added layers of terrorism and other sanctions on many of the same entities. In addition, the Trump administration imposed an array of new sanctions on previously unsanctioned entities.

This has put the current administration in an awkward position: Iran is demanding the removal of all sanctions. If the U.S. doesn't lift at least some of them, Iran says it won’t agree to halt its nuclear activities barred by the deal known as the Joint Comprehensive Plan of Action, or JCPOA.

But if the Biden administration makes concessions that go beyond the nuclear-specific sanctions, Republican critics and others, including Israel and Gulf Arab states, are likely to seize on them as proof that the administration is caving to Iran. Former Secretary of State Mike Pompeo has led the charge among Trump alumni to denounce any easing of sanctions.

Former Trump administration officials say all the sanctions are legitimate. Gabriel Noronha, a former State Department senior adviser on Iran, said all the Trump-era sanctions had been approved by career Justice Department lawyers and would have been rejected if they weren't legitimate.

But a senior State Department official involved in the negotiations said officials now "have to go through every sanction to look at whether they were legitimately or not legitimately imposed."

The official, who like the others spoke on condition of anonymity to discuss the private talks, also said the U.S. would be prepared to lift sanctions that would otherwise deny Iran the benefits it’s entitled to under the deal, not just those specifically related to nuclear activity. Those sanctions could include restrictions on Iran's ability to access the international financial system, including dealing in dollar-based transactions.

Despite the reticence of Price and the senior official, their comments suggested that sanctions imposed on Iran's Central Bank, its national oil and shipping companies, its manufacturing, construction and financial sectors are on the block. Deal critics briefed on aspects of the Vienna negotiations say they suspect that is indeed the case.

That’s because the bank, oil, shipping and other sanctions, all ostensibly imposed by the Trump administration for terrorism, ballistic missile and human rights concerns, also affect nuclear sanctions relief.

Current officials say no decisions have yet been made and nothing will be agreed in Vienna until everything regarding sanctions relief and Iran's return to compliance with the nuclear deal has been settled.

But critics of the nuclear deal fear the administration will go beyond even what has been suggested by the administration's oblique comments. They suspect that sanctions on people, companies, government agencies or other entities identified for nuclear sanctions relief in the 2015 deal will be cleared; even if they were subsequently penalized on other grounds.

"The administration is looking to allow tens of billions of dollars into the coffers of the regime even if it means lifting sanctions on major entities blacklisted for terrorism and missile proliferation," said Mark Dubowitz, a prominent Iran deal critic and CEO of the Foundation for Defence of Democracies.

The State Department spokesman's reply to such concerns only increased the worries of the critics.

"The JCPOA, that original agreement, spells out precisely what is allowed, precisely what is prohibited in order for a country to be in compliance with it. That remains the blueprint for all of this," Price said.

The Obama administration grappled with much the same issue after the conclusion of the nuclear deal in 2015. It took the position that some sanctions previously imposed by it and former President George W. Bush's administration for terrorism reasons should actually be classified as nuclear sanctions and therefore lifted under the deal.

Still, many countries and international companies were hesitant to jump into the Iranian market for fear that the sanctions relief was not clear-cut and that a future U.S. president could re-impose the sanctions. Now, that that has happened, and even before an agreement has been concluded in Vienna, that concern has resurfaced.

Already, Republicans in Congress and opponents of the Iranian government are stepping up efforts to codify Trump's hard-line stance on Iran with new legislation. Although a law to bar a return to the nuclear deal is unlikely to pass, there is wide bipartisan support for resolutions encouraging the administration to take a tougher line on Iran.

Such a resolution was introduced on Wednesday with more than 220 Democratic and Republican co-sponsors. In it, they call for the administration to recognize "the rights of the Iranian people and their struggle to establish a democratic, secular, and non-nuclear Republic of Iran while holding the ruling regime accountable for its destructive behaviour.”