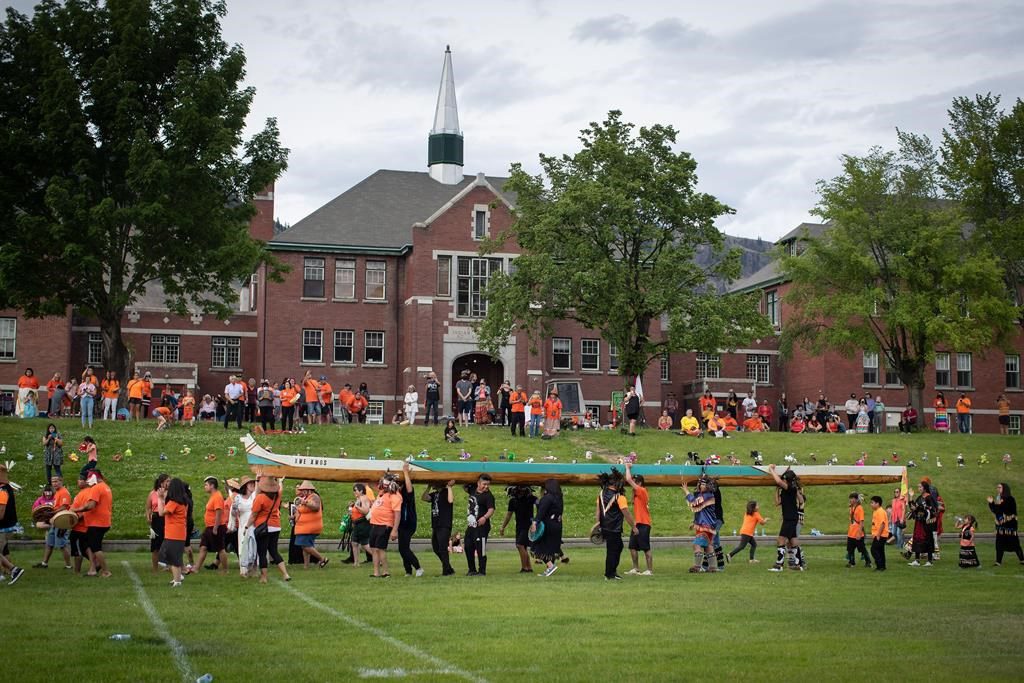 OTTAWA — The United Nations’ human-rights special rapporteurs are calling on Canada and the Catholic Church to conduct prompt and thorough investigations into the finding of an unmarked burial site believed to contain the remains of 215 Indigenous children at a British Columbia residential school.

The UN special rapporteurs say in a news release today the investigations should examine the circumstances and responsibilities surrounding these deaths, including forensic examinations of any remains to allow for the identification and registration of missing children.

They also called on Ottawa to undertake similar investigations in all other Indigenous residential schools across the country.

The UN special rapporteurs are part of what is known as the Special Procedures of the Human Rights Council, which is the largest body of independent experts in the UN Human Rights system.

The experts say Canada’s judiciary should conduct criminal investigations into all suspicious deaths and allegations of torture and sexual violence against children kept in residential schools, and prosecute and sanction the perpetrators and concealers who may still be alive.

The UN experts also urged the Catholic Church to provide full access to judicial authorities to the archives of the residential schools run by the institution, to conduct prompt and thorough internal and judicial investigations into these allegations, and to publicly disclose the result of those investigations.

Earlier this week, a UN human rights office spokeswoman, Marta Hurtado also said Canada must ensure “prompt and exhaustive investigations” into the deaths and redouble efforts to find the whereabouts of missing children, including by searching unmarked graves.

Retired senator Murray Sinclair, who chaired the Truth and Reconciliation Commission, called also for an independent investigation to examine all burial sites near former residential schools.

He told a House of Commons committee Thursday that such a probe should not be run by the federal government, but should be overseen by a parliamentary committee that will ensure it is done in a proper way.

Prime Minister Justin Trudeau’s government has made $27 million in previously announced funding available to conduct further searches of possible residential school burial sites. He is expected to face further questions about his government’s response at a media availability today.

The Canadian Conference of Catholic Bishops did not immediately respond to a request for comment.