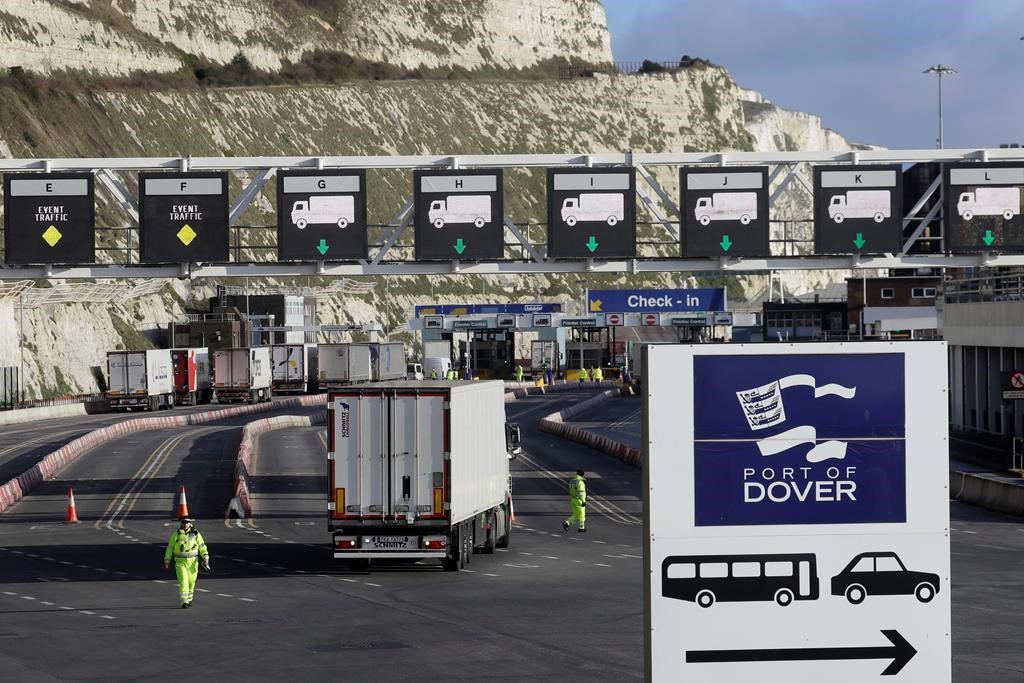 LONDON â€” Britain has lifted travel restrictions on truckers that were imposed to avoid border chaos after the country's economic split from the European Union at the end of last year.

The government said Tuesday that it was scrapping the "access permit" that truck drivers had to show to enter the southeast England county of Kent, home to the port of Dover and the U.K. end of the Channel Tunnel. It said temporary road barriers erected to control truck backlogs will be dismantled over the weekend.

The "Kent passport" was introduced Jan. 1 to regulate Europe-bound freight traffic after the U.K. left the EU's economic structures in the final stage of Brexit. The split meant new checks and paperwork for traders, leading to fears of delays and traffic jams.

The Department for Transport said the measures were being lifted because truckers have been arriving at the border prepared, and freight volumes between the U.K. and the EU were "at normal levels."

The British government has downplayed the impact of Brexit, saying coronavirus restrictions also played a role in the economic slump.

The U.K. has delayed the imposition of checks on some goods from the EU until the end of the year to give businesses more time to prepare. It also has postponed checks on some goods moving to Northern Ireland from other parts of the U.K. Those checks were agreed to as part of the U.K.-EU divorce deal in order to avoid creating a hard border between Northern Ireland and EU member Ireland.

The EU is annoyed at unilateral British trade decisions, and has begun legal action against the U.K. for allegedly breaching the Brexit deal, a legally binding treaty.

The two sides have held meetings to try to resolve the dispute but say significant differences remain.