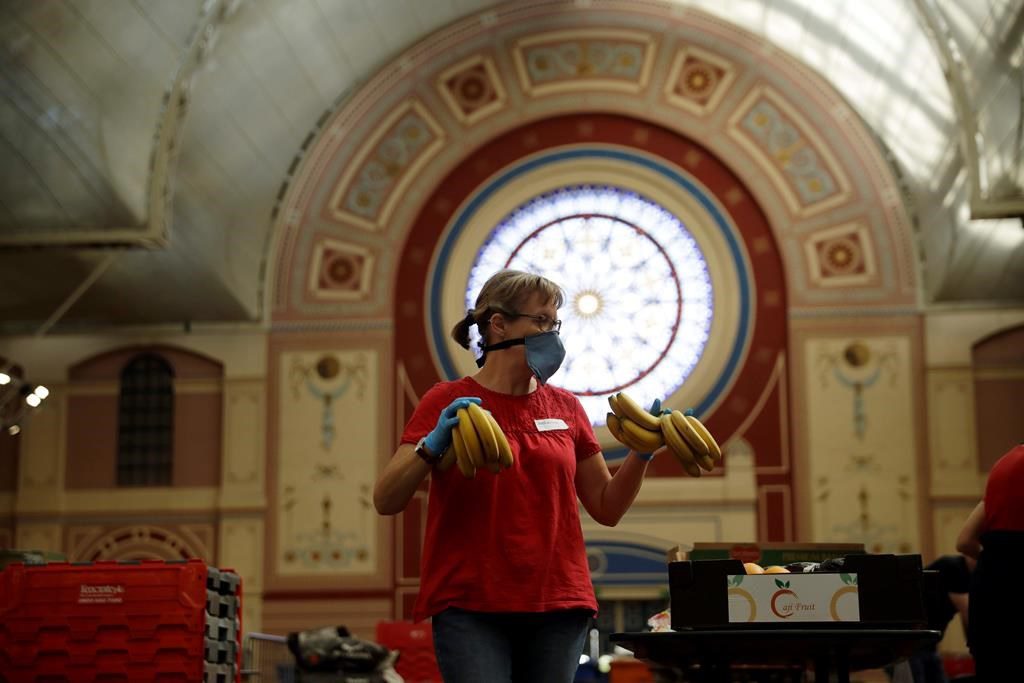 LONDON â€” U.K. food bank rose by a third during the past 12 months as the COVID-19 pandemic left more people without the money to buy basic necessities, a charity that distributes food said Thursday.

The Trussell Trust said the food banks it works with handed out more than 2.5 million food parcels in the year through March, up from 1.9 million a year earlier. The figures represent only a partial picture of the increasing need because independent food aid providers also expanded during the pandemic, the trust said.

The trust called on the British government to do more to help people struggling to make a living and not to rely on food banks to fill gaps in the country’s welfare system.

"No one should face the indignity of needing emergency food,'' Emma Revie, the trust's chief executive, said. "Yet our network of food banks has given out record numbers of food parcels as more and more people struggle without enough money for the essentials.''

The British economy suffered one of the deepest and most protracted recessions in the developed world last year. The economy shrank by about 10% amid the pandemic.

The impact was felt most deeply by poorer households, which were far more likely to have suffered a severe income loss than their counterparts in France and Germany, according to a report released Thursday by the Resolution Foundation, a respected think-tank .