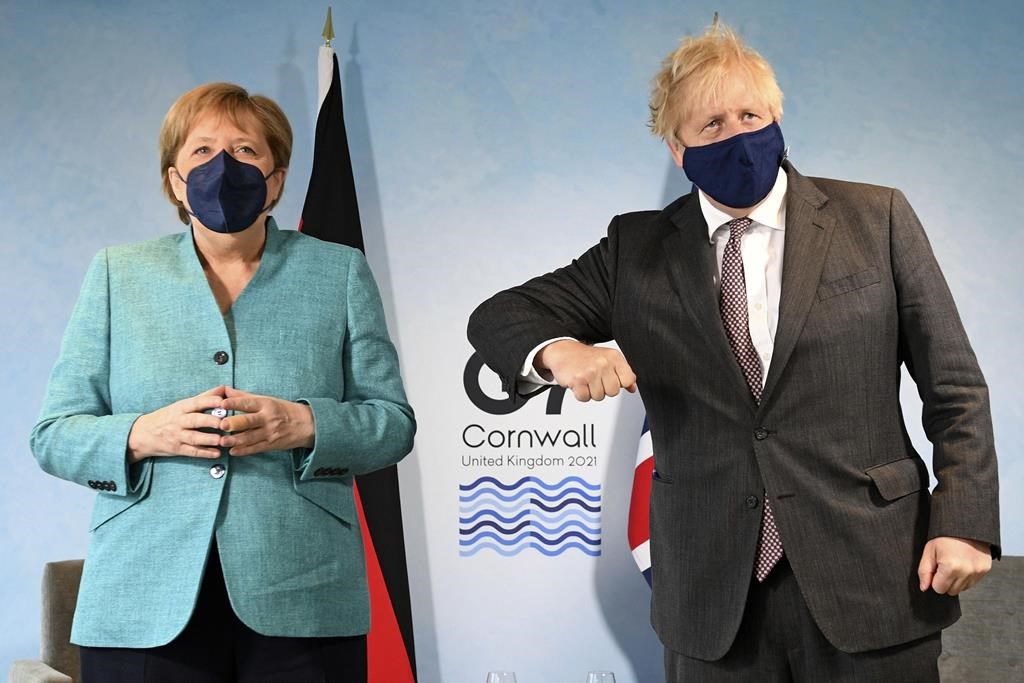 The two sides are locked in an escalating diplomatic feud over Northern Ireland, the only part of the U.K. that has a land border with the bloc. The EU is angry at British delay in implementing new checks on some goods coming into Northern Ireland from the rest of the U.K. required under the terms of Britain’s divorce from the bloc. Britain says the checks are imposing a big burden on businesses and destabilizing Northern Ireland’s hard-won peace.

The spat has drawn in U.S. President Joe Biden, who is concerned about the potential threat to Northern Ireland’s peace accord.

Von der Leyen tweeted after meeting Johnson that Northern Ireland peace was “paramount,” and the binding Brexit agreement protected it.

“We want the best possible relations with the UK. Both sides must implement what we agreed on. There is complete EU unity on this,” she said.

The EU is threatening legal action if the U.K. does not fully bring in the checks, which include a ban on chilled meats such as sausages from England, Scotland and Wales going to Northern Ireland starting next month.

It says Britain must fully implement the agreement, known as the Northern Ireland Protocol, that the two sides agreed and ratified.

Britain accuses the bloc of taking a rigid approach to the rules and urged it to be more flexible in order to avoid what has been dubbed a “sausage war.” U.K. Foreign Secretary Dominic Raab said Saturday that if the EU continued to take a “bloody-minded and purist” approach, Britain would have to act to protect “the integrity of the U.K.”

Johnson’s spokesman, Max Blain said the U.K. wants the protocol to work but that it needs “radical changes.”

British officials say it’s unlikely the issue will be solved during the G-7 summit, which ends Sunday. But Blain said the two sides had agreed to keep talking.

Johnson “wants the EU to work with him to find an urgent compromise,” he said.