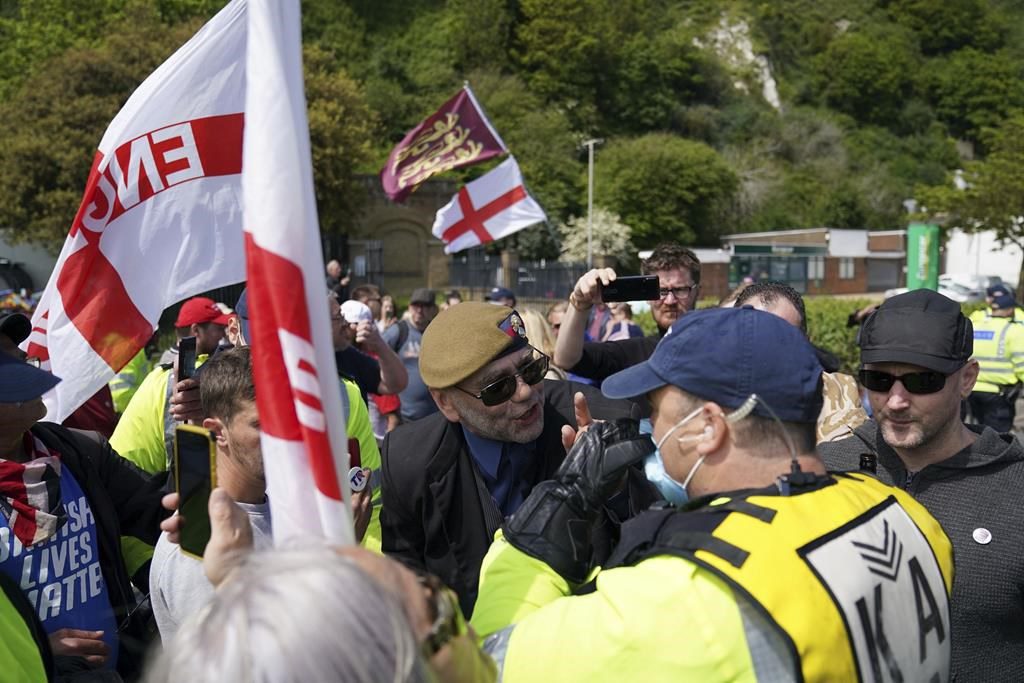 LONDON (AP) — Anti-immigration demonstrators protesting the rising numbers of people attempting to reach the U.K. by crossing the English Channel in small boats blocked trucks traveling to a cargo terminal in Dover on Saturday.

Carrying the England flag and chanting “English streets,” about 50 demonstrators disrupted travel into the busy port. A heavy police presence was in the area as authorities anticipated protests over the long holiday weekend that marks the unofficial start of summer.

Improving weather embolden migrants to cross the 21-mile stretch of water between France and Britain. More than 3,100 people have crossed the channel in small boats so far this year, almost double the number during same period in 2020.

Dover has been the site of previous anti-immigrant protests. A demonstration in September also brought traffic into the port to a standstill.