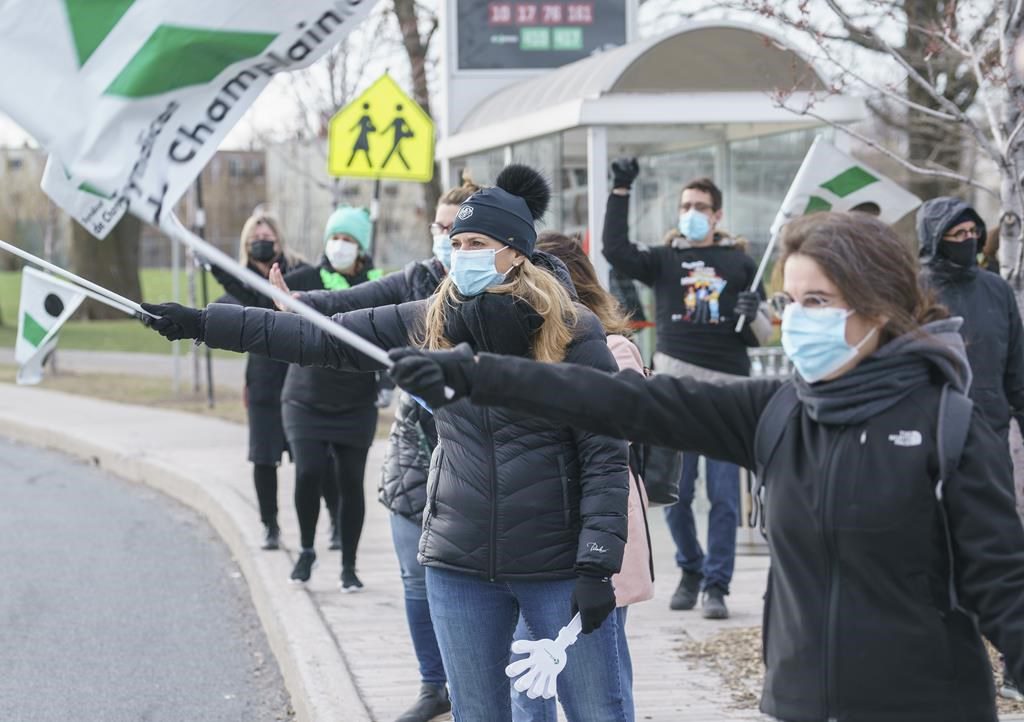 MONTREAL â€” A temporary strike by around 73,000 Quebec teachers scheduled to take place Tuesday has been suspended after a breakthrough at the bargaining table.

Two major teachers’ unions say a proposal from the government contains several elements that make it worth submitting to their members, but are not describing it as an agreement in principle.

Federation des syndicats de l’enseignement and the Quebec Provincial Association of Teachers say it will be up to their members to decide whether to accept the deal.

The unions say the proposal, which has not been made public, includes salary increases but does not touch on another key demand to lighten members’ workloads.

The teachers had been planning to walk off the job for several hours on Tuesday afternoon — which would have marked their second temporary strike.

The unions say they will maintain other pressure tactics.

The Federation autonome de l’enseignement, another union representing 49,000 Quebec teachers, reached an agreement with the provincial government on April 15. That deal is still subject to member approval.