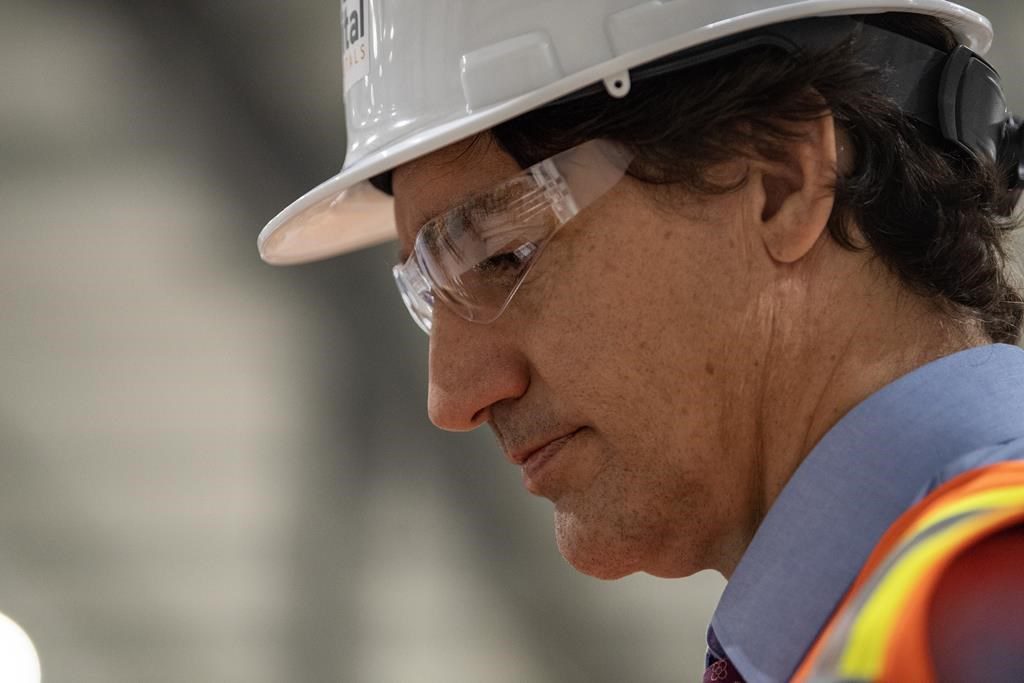 SASKATOON — The Federation of Sovereign Indigenous Nations says it is dismayed Prime Minister Justin Trudeau did not visit the First Nation where a child’s bone was found at a former residential school site while he was in the province.

The Star Blanket Cree Nation announced last week that a fragment of a child’s jawbone was unearthed and ground-penetrating radar found 2,000 areas of interest.

Trudeau, who was at a rare earth elements processing plant in Saskatoon on Monday, called the discovery of the partial remains heartbreaking.

The prime minister says he spoke with the First Nation’s chief Friday about ongoing support from the federal government.

FSIN Chief Bobby Cameron says the prime minister should have gone to the First Nation northeast of Regina in person to show respect to survivors and that it shows the community that their suffering isn’t valued as much as a tour of the processing plant.

The Prime Minister’s Office did not immediately respond to a request for comment.

“His lack of respect is hurtful towards all residential school survivors and descendants, who are grappling with how to handle finding the child’s remains and more unmarked graves,” Cameron said in a news release Monday.

First Nation leaders invited Trudeau to Star Blanket’s announcement, the federation said, but he declined because he was waiting to confirm a meeting with the Japanese Prime Minister. Crown-Indigenous Relations Minister Marc Miller attended by video call.

The federation formally invited the prime minister to the First Nation in the coming months.

“We want him to see the site. The amount of anomalies is devastating to our people who wonder how many of our relatives may have died there,” File Hills Qu’Appelle Tribal Chair Jeremy Fourhorns said in the news release.

“This is a dark part of Canadian history that deserves acknowledgment from the prime minister of Canada.”

The Qu’Appelle Indian Residential School, about 75 km northeast of Regina, was one of the first three to open in Canada and was run by the Roman Catholic Church through the Missionary Oblates of Mary Immaculate from 1884 to 1973.

It operated for another 25 years until it closed in 1998.

The jawbone fragment, found in October, was identified by the province’s coroner’s service to be that of a child between the ages of four and six from about 125 years ago.

An estimated 150,000 Indigenous children were forced to attend residential schools over a century in Canada and the Truth and Reconciliation Commission’s final report detailed that many experienced emotional, physical, sexual and spiritual abuse.

The Indian Residential Schools Resolution Health Support Program has a hotline to help residential school survivors and their relatives suffering trauma invoked by the recall of past abuse. The number is 1-866-925-4419.

This report by The Canadian Press was first published Jan. 16, 2022.