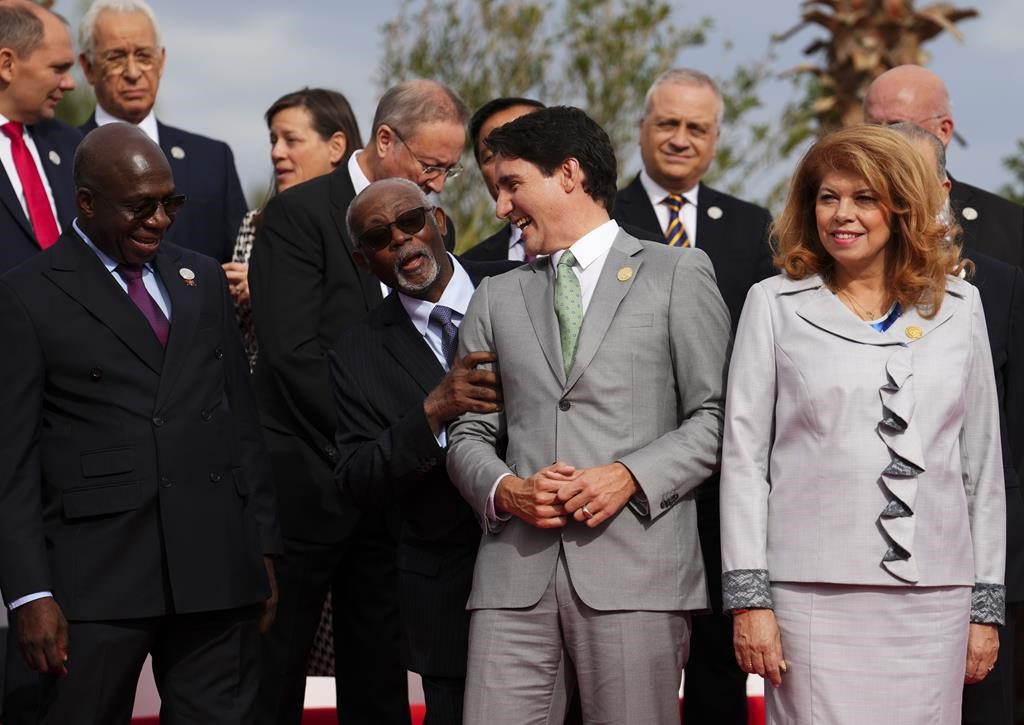 At a summit of French-speaking countries in Tunisia, Trudeau announced $8 million for humanitarian aid, delivered by the United Nations.

There is also funding to weed out corruption and prosecute gender-based violence.

Haiti’s government has called for an international military intervention to combat gangs who have strangled access to fuel and critical supplies in the middle of a worsening cholera outbreak.

The United States has said Canada would be an ideal leader for such a military intervention, but Ottawa has suggested other ways to help Haiti.

Trudeau’s announcement came as the Francophonie summit in Tunisia draws to a close, and he’ll return to Ottawa on Monday morning.