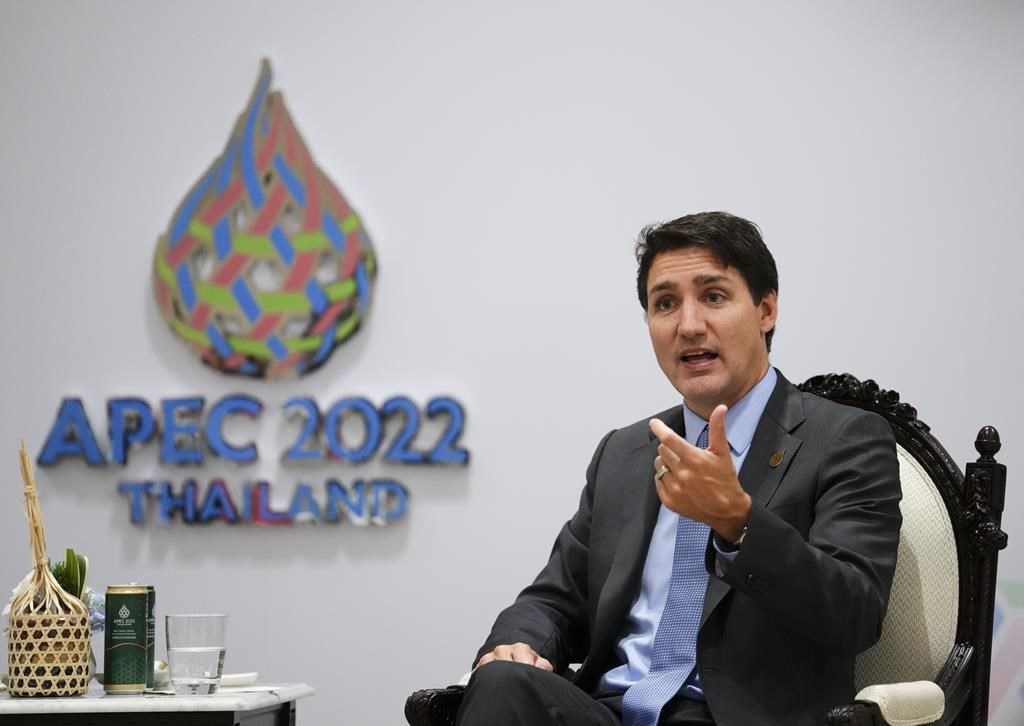 BANGKOK — Prime Minister Justin Trudeau is wrapping up his brief visit to Thailand by announcing funding to expand trade in natural resources with like-minded countries.

He is in Bangkok to attend the Asia-Pacific Economic Cooperation forum, which was sidetracked by news that North Korea had launched a ballistic missile that landed near Japanese waters.

Before Trudeau was pulled aside to discuss that development with other leaders, he announced that Ottawa will spend $13.5 million to launch a team in Canada and Asia to form energy partnerships.

In other meetings, the Prime Minister’s Office says Trudeau called out Russia’s war with Ukraine and stressed the importance of the World Trade Organization in upholding trade rules.

Trudeau also has a working lunch that Thailand organized with the political leaders of Cambodia, France and Saudi Arabia.