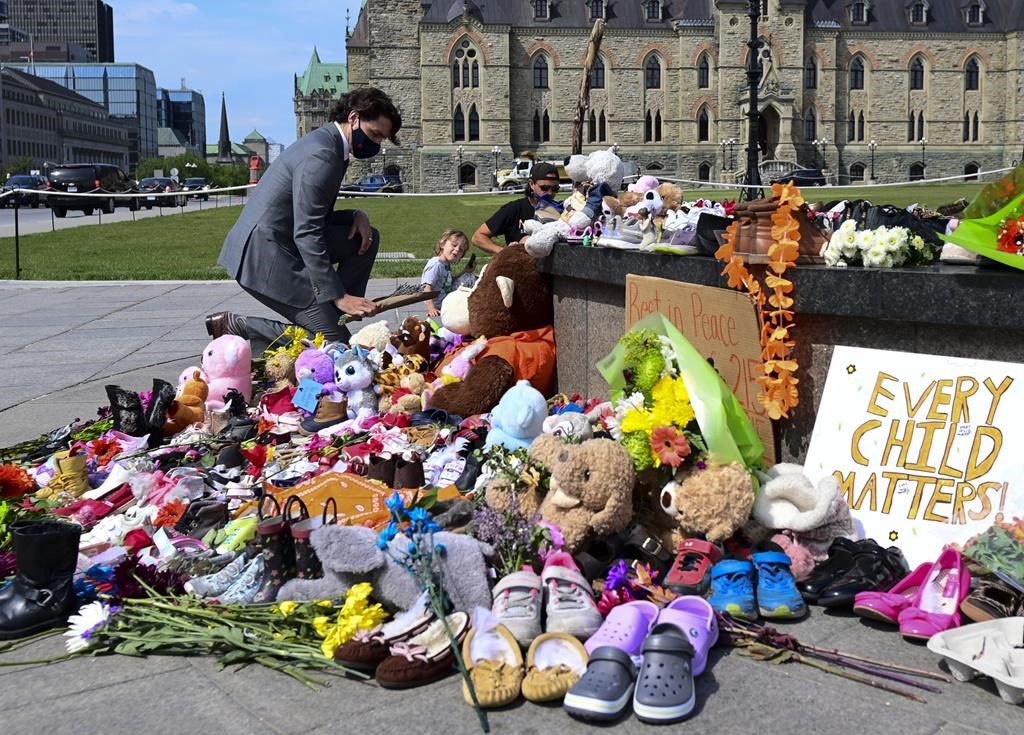 OTTAWA — Prime Minister Justin Trudeau is calling on the Catholic Church to “step up” and take responsibility for its role in Canada’s residential school system.

Trudeau says as a Catholic he is deeply disappointed by the position that the church has taken now and over the past couple years.

He notes that he personally asked the Pope in 2017 to consider an apology for the institution’s part in the government-sponsored, church-run schools for Indigenous children that operated for more than 120 years.

The Tk’emlups te Secwepemc First Nation announced last week that ground-penetrating radar had located what are believed to be the unmarked graves of 215 children at a former residential school in Kamloops, B.C.

The news has sparked national outrage and grief, and has led to mounting calls for the federal government and church to investigate more potential school burial sites.

Trudeau says it’s going to be important for Catholics across the country to reach out to bishops and cardinals on this issue.

Trudeau says he expects the church to be part of the important process of truth and healing and to make school records available.

The prime minister says the government has tools available to compel the church to provide these documents, but he indicated he does not want to resort to taking the institution to court.

The Canadian Conference of Catholic Bishops announced in 2018 that the Pope could not personally apologize for residential schools, even though he has not shied away from recognizing injustices faced by Indigenous people around the world.