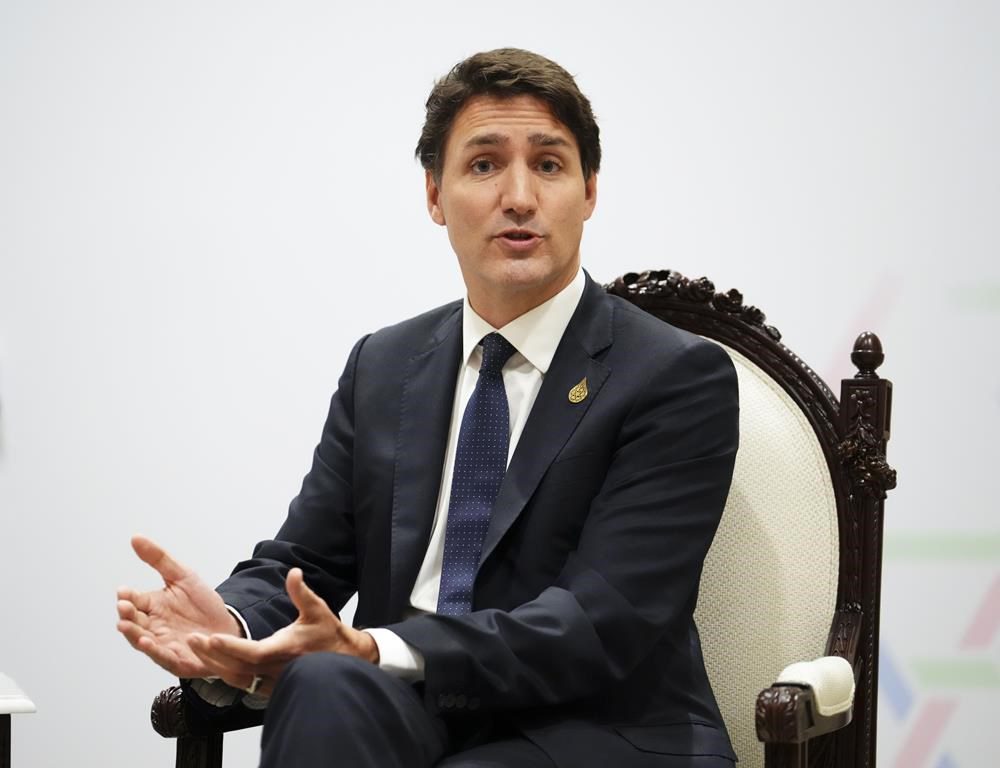 DJERBA, Tunisia — Prime Minister Justin Trudeau has arrived in Africa for a gathering of French-speaking countries grappling with chaos in Haiti, soaring food prices and anxiety over the language’s role in the digital age.

Members of the International Organization of the Francophonie are gathering this weekend in Tunisia to take stock of a turbulent era in geopolitics and seek closer ties.

Like the Commonwealth, the Francophonie has annual meetings to touch base on everything from human rights to cultural exchanges to the role of French internationally.

The summit is the fourth and final stop on a 10-day trip that included three major summits in Asia, including the G20 leaders’ meeting.

This weekend’s summit follows cancellations in 2020 and 2021 due to the COVID-19 pandemic.

It comes as Russia’s invasion of Ukraine sends food prices soaring across Africa, which makes up an increasing percentage of the French-speaking world.

The issue is particularly of concern in North Africa, where the cost of bread was among the grievances that exploded into the Arab Spring protests from 2010 to 2012.

“There are going to be very important geopolitical questions,” University of Alberta political scientist Frédéric Boily said in a French-language interview.

“The food issues on the African side are quite glaring.”

The Arab Spring protests started in Tunisia, leading to the overthrow of then-president Zine El Abidine Ben Ali and the establishment of democratic elections.

But the country hosting this weekend’s summit has been backsliding, with Tunisian President Kais Saied suspending Parliament in 2021, concentrating power and attacking key institutions.

Ottawa wanted the event to be postponed over those concerns, while the Quebec government pondered a boycott before figuring it was better to use the summit to form deeper ties with African nations.

On Friday, Trudeau said he will stress the importance of human rights during the summit.

“I will make known my worries about the democratic backsliding we are seeing in many parts of the world and our worry about what’s happening in Tunisia,” he told reporters in French at the close of the Asia-Pacific Economic Cooperation summit in Bangkok.

Moments later, Reuters reported that Tunisian police had fired tear gas to disperse protesters in the town of Zarzis, which is linked by a long bridge with the resort island of Djerba, where the summit will take place.

The protests may have been related to recent uproar over the Tunisian government’s response to deaths of its citizens in shipwrecks as migrants attempted to cross the Mediterranean.

The ongoing turmoil in Haiti will likely be a frequent topic of conversation at the summit, with the Caribbean country reeling from brazen gangs who have suffocated the supply of fuel and essentials.

The country’s government has requested a foreign military intervention to restore order, but the idea is controversial among Haitians, and no country has expressed a willingness to lead such an intervention — despite Canada being name-dropped by the United States government as a possible candidate.

Meanwhile, the organization’s signature event, the Francophonie Games, is reportedly in tumult.

The games have been planned for next summer, but Radio-Canada reported this week that officials have warned the Democratic Republic of Congo that missed deadlines and cost overruns might make it impossible for the country to host the event.

The summit includes a Sunday plenary on “citizen distrust” and how institutions can regain their credibility.

But its main themes surround promoting French in the digital age. The group’s head, Louise Mushikiwabo, recently complained that international bodies seem to be using French less and less, despite the number of French speakers rising globally.

Trudeau plans to meet in Tunisia with leaders from multiple countries, just weeks after hosting an African Union delegation in Ottawa aimed at boosting Canada’s links with the continent.

He will also speak at the summit with Quebec Premier François Legault, as the two spar over health care transfers.

“Certainly, the big priority at the Francophonie summit is the protection of the French language, in Quebec and everywhere,” Trudeau said in French.

The organization is celebrating its fifth decade this year and counts 88 regions, including Canada, Quebec and New Brunswick, as full members, with Ontario listed as an observer.

— With files from Caroline Plante in Djerba.