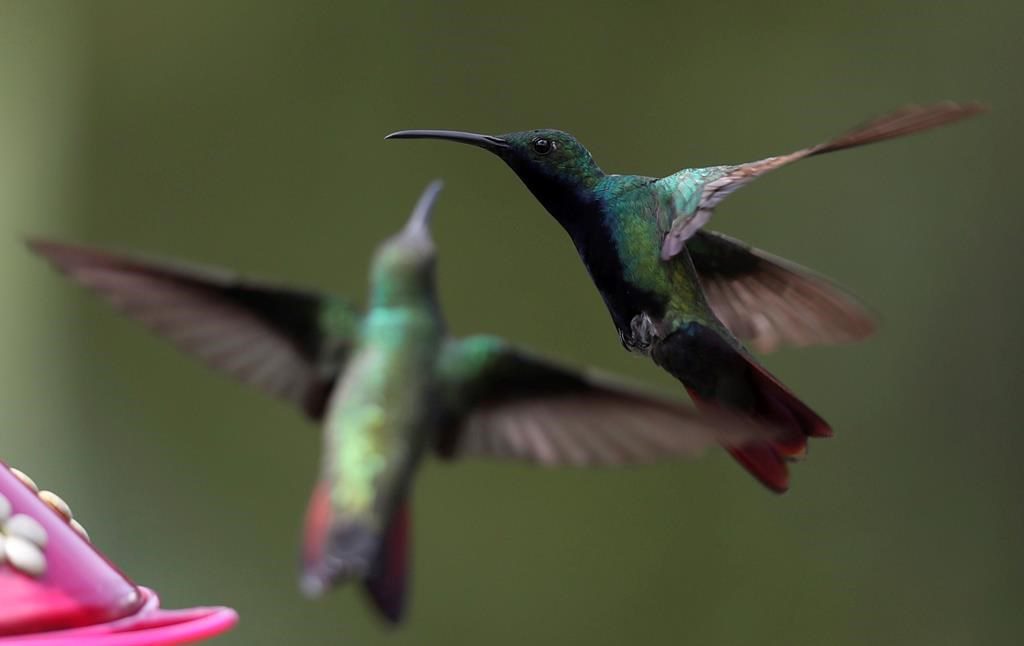 VANCOUVER â€” Environment and Climate Change Canada has ordered a halt to construction of the Trans Mountain pipeline through a forest in Burnaby, B.C., until the end of bird nesting season.

The department said the order was issued following an enforcement officer's visit to the site prompted by complaints that nests of the Anna’s hummingbird and other migratory birds were being damaged.

“Given that it is nesting season, migratory birds are particularly vulnerable at this time,” it said in an emailed statement.

“Cutting vegetation and trees or carrying out other disruptive activities such as bulldozing or using chainsaws and heavy machinery in the vicinity of active nests will likely result in disturbance or destruction of those nests.”

It said construction is paused until Aug. 20.

It gave a verbal order on April 12, which asked the company to “immediately refrain from disturbing, destroying or taking a nest or an egg of a migratory bird” in the 1,000-metre area along Highway 1.

Trans Mountain was also ordered to immediately stop or shut down any activity, including tree trimming and cutting that may require the use of heavy machinery including bulldozers and chainsaws that could disturb and destroy nests.

About 10 days later, the department ordered the company to put up signs in the area that say no activity is allowed during the nesting period.

Trans Mountain confirmed that the order applied to a 900-metre area along the Brunette River for the duration of the nesting period.

“While Trans Mountain endeavours to conduct tree clearing activities outside of the migratory bird nesting periods, this is not always feasible,” it said in a statement.

Anna’s hummingbirds and other bird species found in the area such as song sparrows, pine siskins, robins and black-capped chickadees are protected under the Migratory Birds Convention Act.

The company said it is in talks with Environment and Climate Change Canada to determine how it can mitigate the disturbance to migratory birds during the nesting period.

“Trans Mountain’s policies and procedures for the protection of migratory birds and their habitat were developed in consultation with stakeholders and communities and have been extensively reviewed by federal and provincial regulatory authorities,” it said.