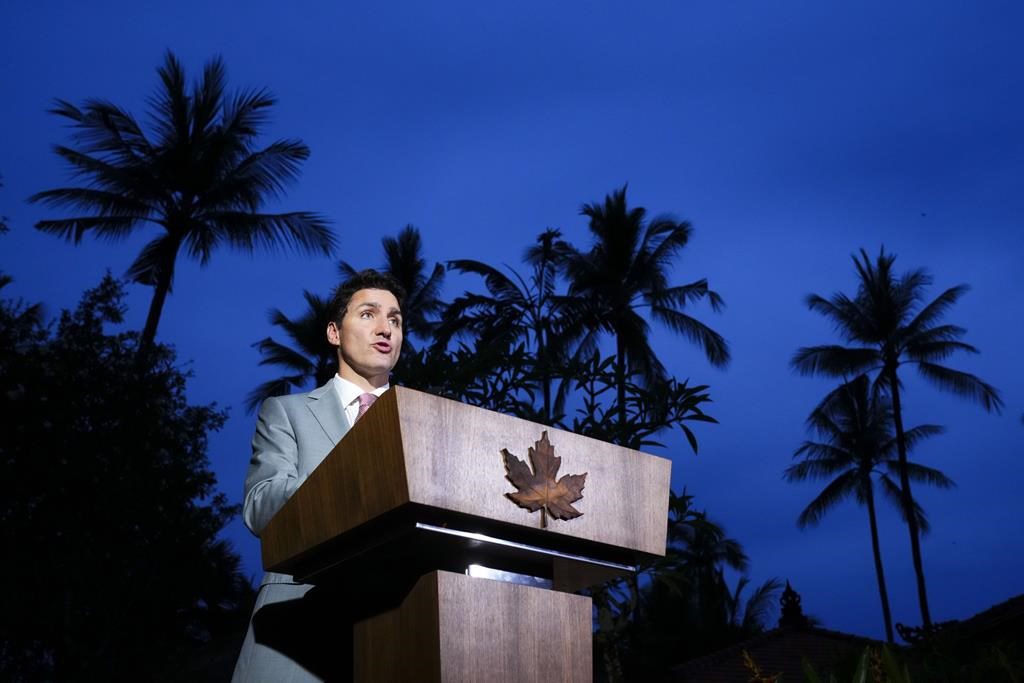 BANGKOK — Prime Minister Justin Trudeau is now in Thailand for his third international summit in less than a week as Canada tries to expand its trade relationships in Asia.

This is the third stop on a 10-day foreign trip that began at a meeting of the Association of Southeast Asian Nations in Cambodia and then moved on to the G20 leaders’ summit in Indonesia.

Trudeau is expected to wrap up the trip this weekend in Tunisia at a meeting of the Francophonie.

In Bangkok, he is to attend meetings with leaders of the other 21 economies that are part of the Asia-Pacific Economic Cooperation forum.

The Liberals are planning to release a new Indo-Pacific strategy in December that will challenge China on human rights issues and seek to deepen Canada’s influence in other parts of the region.

Leaders at APEC are expected to focus on how best to respond to the growing risk of a global recession, the ongoing harms of inflation and concerns about food and energy security.

But from Canada, many eyes will be watching Trudeau and Chinese President Xi Jinping after the pair had a brief falling out in view of the media on Wednesday as the G20 concluded.

The two did not have a formal bilateral discussion in Bali, but spoke briefly on the sidelines of the summit, after which Trudeau’s office told reporters that Trudeau had raised concerns about Chinese “interference” in Canada.

Xi later confronted Trudeau and accused him, through an interpreter, of harming diplomatic relations by making public some details of that conversation.

Trudeau responded by saying that in Canada, “we believe in free and open and frank dialogue.”

The tense exchange came as Canada’s chilly relationship with China refuses to warm, a year after Chinese authorities released two Canadians they detained for nearly three years in apparent retaliation for Canada’s arrest of a Huawei executive for extradition to the United States.

In recent weeks, there have been several reports of Chinese interference in Canada, including the Quebec arrest this week of a former Hydro-Québec employee charged with providing trade secrets to China.

Foreign Affairs Minister Mélanie Joly said in a speech earlier this month that Canada intends to co-operate with China where necessary and criticize the country when warranted.

She accused China of becoming an “increasingly disruptive power.”