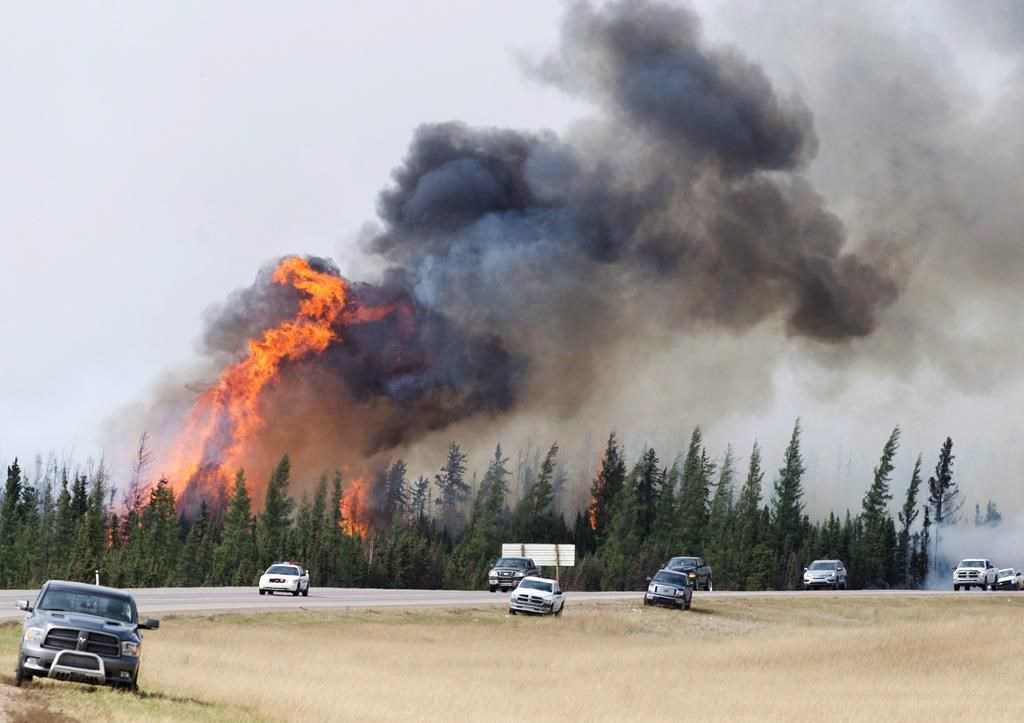 FORT MCMURRAY, Alta. â€” Almost five years after a massive wildfire forced the evacuation of Fort McMurray, Alta., the northeastern Alberta oilsands hub is in another state of emergency.

The Regional Municipality of Wood Buffalo, which includes the city of Fort McMurray, has seen a recent surge in COVID-19 cases that has strained the local hospital.

Mayor Don Scott, speaking at a news conference on the fifth anniversary of the blaze, says his community is the toughest he’s ever seen and it has always bounced back after challenges.

He says he knows this time of year can be tough on residents as memories come flooding back of the wildfire that destroyed thousands of homes.

On the pandemic front, Scott says he’s grateful that vaccines will soon be offered to those aged 30 and older in the region, which has a young population.

He says he’d also like to see mobile clinics and shots being given at oilsands sites north of the city.