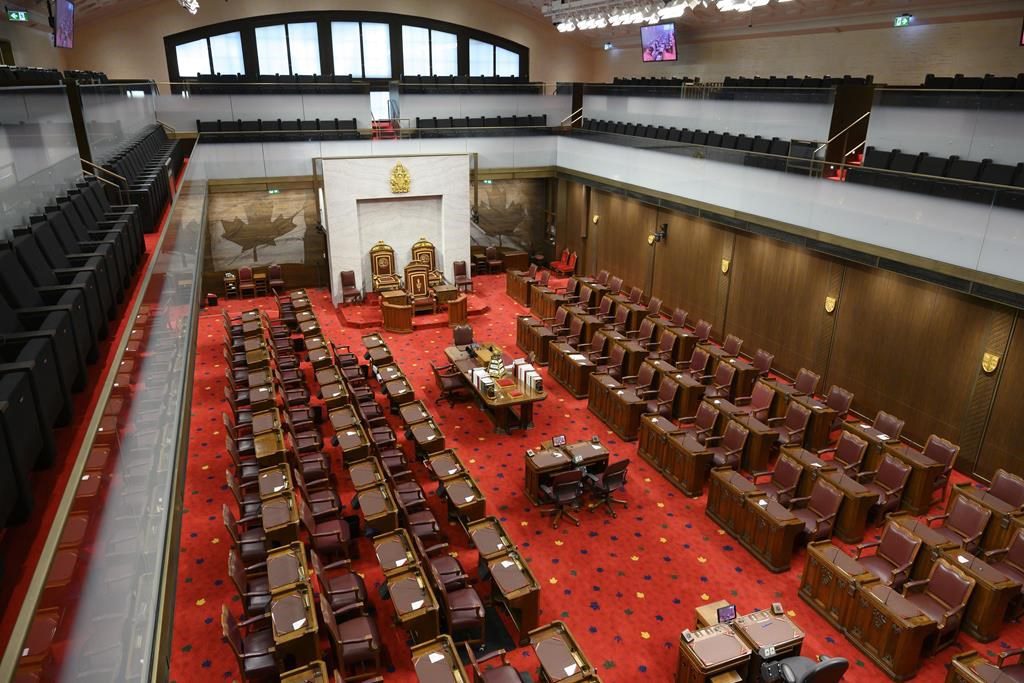 OTTAWA â€” Conservative senators are holding up the start of a long-awaited, legally required, special parliamentary committee that is supposed to review Canada’s assisted dying regime.

The various parties in the House of Commons have chosen 10 MPs to sit on the committee, which is to examine whether medical assistance in dying should be expanded to include mature minors and advance requests, among other important issues.

Four senators have been named to the committee by three of the four Senate groups.

But they’re all waiting for the Conservative Senate caucus to name its single member, despite a unanimously passed motion requiring all Senate groups to choose their members by the end of the day last Friday.

Conservative Senate Leader Don Plett’s office has not responded to questions about the holdup.

Sen. Pierre Dalphond, a former judge chosen to represent the Progressive Senate Group on the committee, says Plett is refusing to name the Conservative senator unless there’s a guarantee that person will also be named committee co-chair â€” an assurance other Senate groups are not prepared to give.

“He wants a blank cheque, which I’m not ready to give,” Dalphond said in an interview.

“There’s so much to do and we’re talking about serious issues and they prevent senators and MPs who are eager to do the work. … The ego of one man is preventing the system to work, which I find is close to showing contempt for Parliament.”

The committee is to examine issues related to mature minors, advance requests, mental illness, the state of palliative care in Canada and the protection of Canadians with disabilities. It is to report back with any recommended changes to the assisted dying regime within one year.

Last month, the House of Commons and Senate passed Bill C-7 to expand assisted dying to people suffering intolerably but not near the natural end of their lives, in compliance with a 2019 Quebec Superior Court ruling.

At the urging of senators, the bill was amended to specifically require that a joint committee begin the overdue parliamentary review within 30 days of the legislation going into force.

Those 30 days came and went last week, with the Conservative senator still unnamed.

Plett “is showing complete disregard and disrespect for the Senate, for the House of Commons and for the bill that provides for a committee to be set up as soon as possible,” Dalphond said.

The Conservatives, with 20 senators, are the last remaining unabashedly partisan group in the 105-seat Senate. Dalphond said they’re arguing that because a Liberal MP is to co-chair the committee, the Senate co-chair should be a representative of the official Opposition.

But he said they don’t seem to appreciate that the other Senate groups are non-partisan and their representatives on the committee can’t be whipped into automatically accepting a Conservative senator at the helm. They’ll vote independently for whomever they believe will make the best co-chair.

Dalphond said any of the other senators chosen to sit on the committee so far would make a fine co-chair.

The Canadian Senators Group has chosen Sen. Pamela Wallin, a passionate advocate of advance requests. The Independent Senators Group, the largest caucus in the Senate, has chosen two members to sit on the committee: Sen. Stan Kutcher, a psychiatrist who championed including people suffering solely from mental illnesses in Bill C-7, and Sen. Marie-Francoise Megie, a former family doctor and pioneer in palliative care.

Dalphond said some Conservative senators have indicated that their representative will likely be Sen. Denise Batters, an ardent opponent of the original assisted-dying law who also strenuously objected to Bill C-7. The three Conservative MPs chosen to sit on the committee are also strong opponents of expanding access to assisted dying.

Dalphond said he has “great respect” for Batters, but it should be up to the other senators on the committee whether she becomes the co-chair.

“Nobody is entitled as a divine right.”

Sen. Yuen Pau Woo, facilitator of the Independent Senators Group, agreed that the Conservatives “are holding up the work of a very important committee.”

“The House has done its job in appointing its 10 members. The CSG, the PSG and the ISG have appointed their members, four out of the five (senators),” he said in an interview.

“Apparently, the Conservatives missed the deadline and we are stuck.”

Woo declined to go into the reasons for the Conservative holdup, saying only that it’s up to them to explain.

Note to readers: This is a corrected story. A previous version misspelled the name of Sen. Yuen Pau Woo.