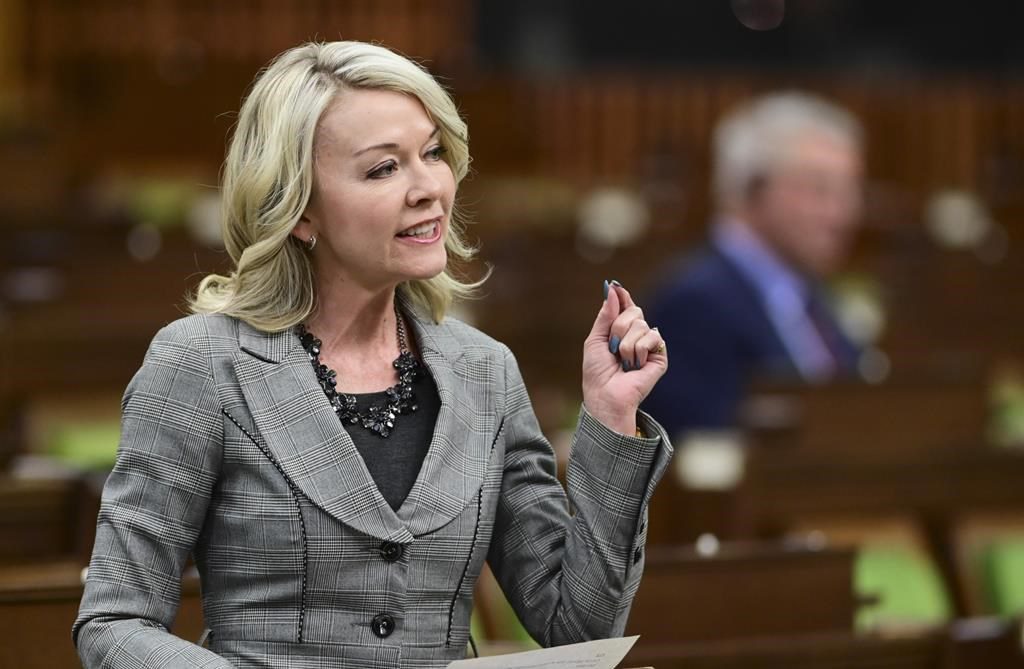 OTTAWA â€” Conservative deputy leader Candice Bergen says comments from the NDP around its decision not to support a call for Prime Minister Justin Trudeau to fire his chief of staff over the handling of a complaint against general Jonathan Vance are “patronizing and sexist.”

The House of Commons is debating a Conservative motion calling on Trudeau to fire Katie Telford after recent testimony from a former adviser suggesting she knew of an allegation against the former top soldier.

Trudeau has defended Telford, saying no one in his office knew the allegation against Vance was of a sexual nature â€” something Tories say shouldn’t be believed.

Before the debate, NDP defence critic Randall Garrison said the party believes responsibility in the handling of the matter lies with Trudeau and Defence Minister Harjit Sajjan, not Telford, who is an unelected staff member.

He also said in sexual misconduct cases it’s common for women to be blamed for not taking their complaint to the right place.

Garrison says he found it “more than a little ironic that the Conservatives have decided the person who should pay the price to pay for the failure to act is one of the only women who was involved."

Bergen said Telford is not a victim of sexual harassment and being Trudeau’s top aide likely makes her one the country’s most powerful women.

“I find it patronizing and sexist.”