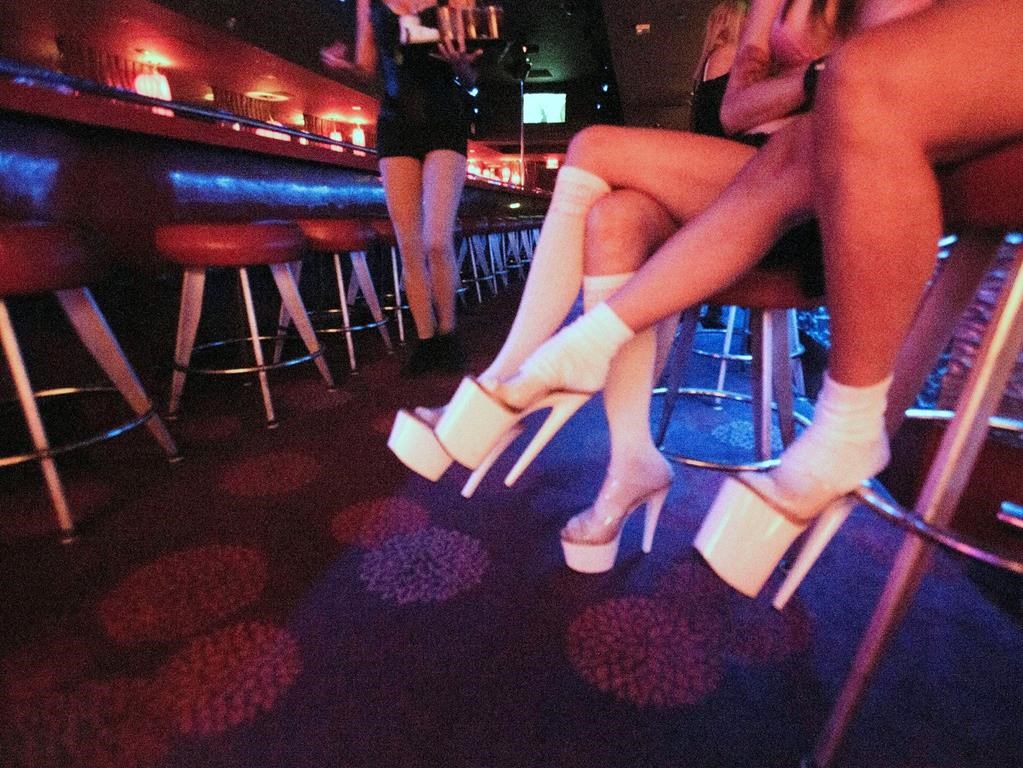 LAS VEGAS â€” Topless dancers can shed coronavirus restrictions next weekend in Las Vegas and get face-to-face with patrons again, under rules accepted Thursday by a state COVID-19 task force.

But masks still will be required for adult entertainment employees and recommended for customers.

The rules will allow strip club entertainers to get closer than 3 feet (0.9 metres) to patrons if the entertainer received at least a first dose of a COVID-19 vaccine at least 14 days earlier, according to county rules, or if the dancer tests negative in a weekly COVID-19 test.

Occupancy limits will be relaxed but not lifted completely at many other businesses â€” stores, spas and saunas, restaurants and bars, even karaoke clubs â€” under a reopening plan adopted Tuesday by county officials and summarized Thursday by Deputy Clark County Fire Chief Billy Samuels.

Hair and nail salons, tattoo parlours and massage therapists will be able to book customers by appointment only.

Existing rules including 50% capacity and 6-foot (1.8-meter) social distancing will remain in effect.

As of Thursday, the coronavirus pandemic has claimed 5,400 lives in Nevada and badly hurt an economy dependent on tourism, conventions, hotel bookings and big crowds. It has also shuttered businesses and threatened the livelihood of bartenders, waiters, entertainers and hotel clerks.

"We know there is COVID fatigue in our community," Washoe County Commission Chairman Bob Lucey said in a statement before accepting an offer from task force chief Caleb Cage to broaden support and submit a finalized plan in coming days. No firm time frame was set.

Lucey had favoured what he termed a "workable" plan to relax restrictions but acknowledged a rift among regional policymakers.

"People are going to return to life and the things they've missed in the last year whether we dictate mandates or not," he said.

The snag came after last-minute protest letters Wednesday from county Health Officer Kevin Dick and Reno City Manager Doug Thornley pointed to a jump in Washoe County COVID-19 cases linked to a variant first detected in the United Kingdom, and a rise in the county's 14-day test positivity rate to 7.2%. The World Health Organization goal is 5% or below to relax restrictions.

Scientists in the U.K. believe the variant is more contagious than previously identified strains. But health officials in the U.S. say vaccinations being given now are thought to be effective against the variant.

Dick and Thornley called for social distancing requirements to stay in place at least until June 1.

Cage said the task force, which first began work in August, still plans to turn over the handling of coronavirus mitigation measures to local control in the state's 17 counties on May 1.

The governor has set a June 1 date for lifting essentially all state restrictions except a requirement for people to wear face coverings.

The state Department of Health and Human Services has tallied more than 312,000 cases in the past 13 months. But rates have slowed since peaks in December and January.

As restrictions are relaxed in and around Las Vegas, bar seating will be OK next month with up to four people per group, and 12 people can be seated around dining tables, Samuels said. Most restrictions on youth and adult sports will be lifted.

Casino dayclubs and nightclubs can reopen, although designated dancing areas will remain closed until health officials report that a 60% community vaccination rate is met.

The reopening plan that Clark County lawmakers adopted for the state's most populous area and its key economic region relies on reports from regional health officials about the percentage of people 16 and older in the county who have had received at least one vaccination shot. As of Tuesday, that number was about 43%.