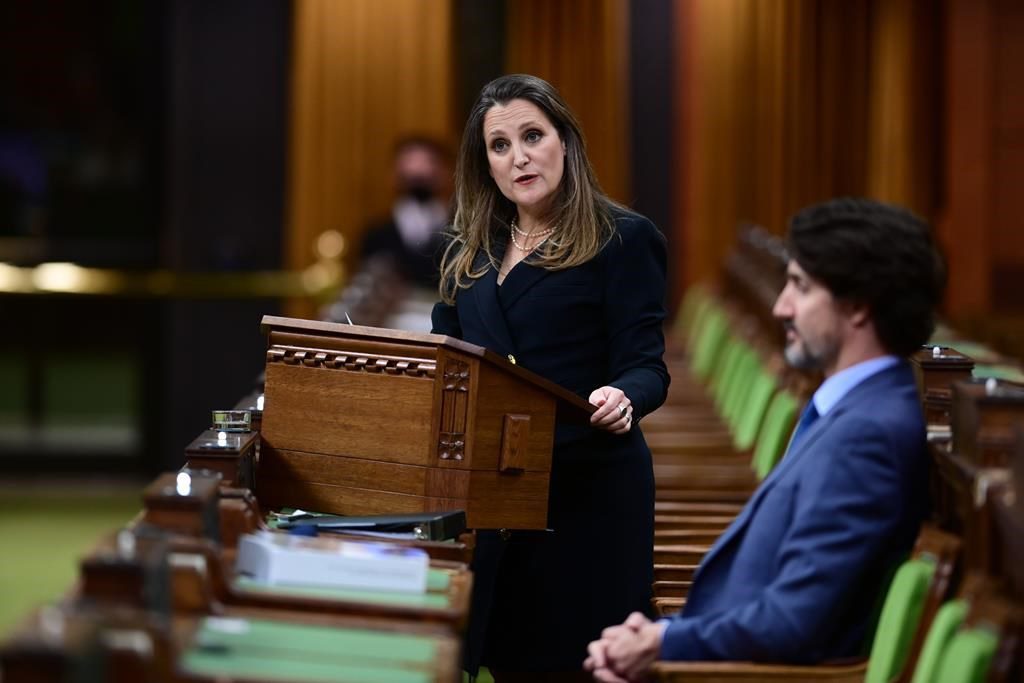 OTTAWA â€” A pair of proposed changes to the federal budget put forward by opposition parties will determine whether the minority Liberal government will fall, triggering a process that could culminate in an election.

The government said it has informed opposition parties that two votes in the House of Commons â€” on a Bloc QuÃ©bÃ©cois sub-amendment Wednesday and a Conservative amendment Thursday â€” are considered confidence votes.

A third opportunity to pass judgment on the massive budget comes Monday, when the House votes on the main motion to approve the government’s budget policy.

Prime Minister Justin Trudeau’s Liberal government needs the backing of at least one of the three main opposition parties to survive a vote of confidence.

NDP Leader Jagmeet Singh has said repeatedly he plans to support the budget, citing the pandemic as a reason enough to avoid putting Canadians through an election.

On Tuesday, budget debate kicked off in the House with federal opposition leaders criticizing the government’s first budget in more than two years for omitting pharmacare, failing to adequately boost old age security and not speeding up the pace of vaccinations.

Bloc Leader Yves-FranÃ§ois Blanchet tabled the party’s sub-amendment Tuesday calling for an added $28 billion this year in health-care transfer payments to the provinces and a hike in old age security benefits for all seniors, rather than just those aged 75 and above.

The Conservative motion takes aim at the “half a trillion dollars in new debt” that Tories say it will have to be paid for through higher taxes. It also highlights how the budget “fails to rule out” the introduction of capital gains taxes on the principal residences of Canadians to cover government spending.

Mark Kennedy, a spokesman for House leader Pablo Rodriguez, confirmed Wednesday morning that the government considers the two amendments to be matters of confidence.

The procedure, which often concerns matters of budgetary policy, can result in a government’s removal from office if a majority votes against the motion in the House.

A vote of no confidence would set in motion a process whereby the prime minister would go before the governor general â€” or currently Chief Justice Richard Wagner, who is carrying out key functions of the vice-regal post since it became vacant after Julie Payette stepped down in January amid a swirl of controversy.

Trudeau would ask for the head of state’s representative to dissolve Parliament, who would also have the option of saying no and asking asking opposition parties to take the reins of government.