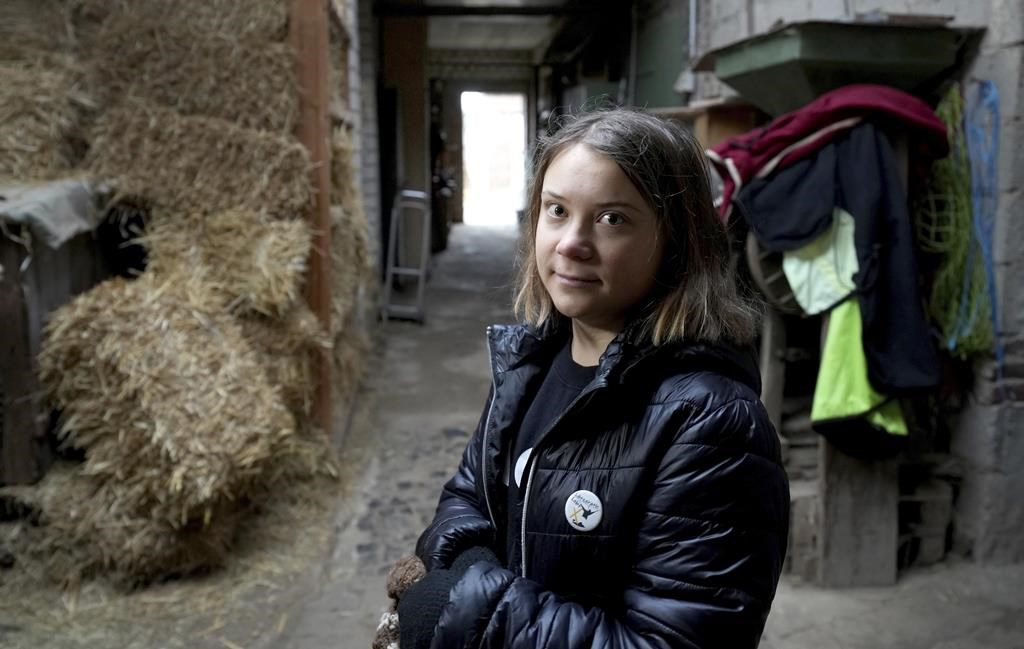 ERKELENZ, Germany (AP) — Thousands of people demonstrated in persistent rain on Saturday to protest the clearance and demolition of a village in western Germany that is due to make way for the expansion of a coal mine. There were standoffs with police as some protesters tried to reach the edge of the mine and the village itself.

Swedish climate campaigner Greta Thunberg joined the demonstrators as they protested the clearance of Luetzerath, walking through the nearby village of Keyenberg and past muddy fields. Protesters chanted “Every village stays” and “You are not alone.”

Organizers said about 35,000 people took part, while police put the figure at up to 10,000. On the sidelines of the protest, police said people broke through their barriers and some got into the Garzweiler coal mine.

Some who tried to get to the edge of the mine were pushed back. And German news agency dpa reported that police used water cannons and batons just outside Luetzerath itself, which is now fenced off, against hundreds of people who got that far.

Some protesters have complained of what they say was undue force by police and about the size of the police response this week. Police, meanwhile, said some demonstrators had thrown fireworks at officers.

Thunberg said the fate of Luetzerath and the expansion of the mine matters far beyond Germany.

In the global fight against climate change, “what everyone does matters,” she told The Associated Press shortly before the protest. “And if one of the largest polluters, like Germany, and one of the biggest historical emitters of CO2 is doing something like this, then of course it affects more or less everyone — especially those most bearing the brunt of the climate crisis.”

As the demonstration took place, the clearance of Luetzerath was well advanced.

The operation to evict climate activists holed up in the village kicked off on Wednesday morning. In the first three days of the operation, police said that about 470 people had left the site, 320 of them voluntarily.

They said on Friday afternoon that there were no longer any activists in the remaining buildings or on their roofs. They said Saturday they still had to tackle 15 “structures” such as tree houses and were trying to get into a tunnel in which two people were believed to be holed up, dpa reported. Work to demolish buildings was already underway.

Luetzerath has become a cause celebre for critics of Germany’s climate efforts.

Environmentalists say bulldozing the village to expand the Garzweiler mine would result in huge amounts of greenhouse gas emissions. The government and utility company RWE argue the coal is needed to ensure Germany’s energy security.

The regional and national governments, both of which include the environmentalist Green party, reached a deal with RWE last year allowing it to destroy the abandoned village in return for ending coal use by 2030, rather than 2038.

Speakers at Saturday’s demonstration assailed the Greens, whose leaders argue that the deal fulfills many of the environmentalists’ demands and saved five other villages from demolition.

“It’s very weird to see the German government, including the Green party, make deals and compromise with companies like RWE, with fossil fuel companies, when they should rather be held accountable for all the damage and destruction they have caused,” Thunberg said.

“My message to the German government is that they should stop what’s happening here immediately, stop the destruction, and ensure climate justice for everyone.”