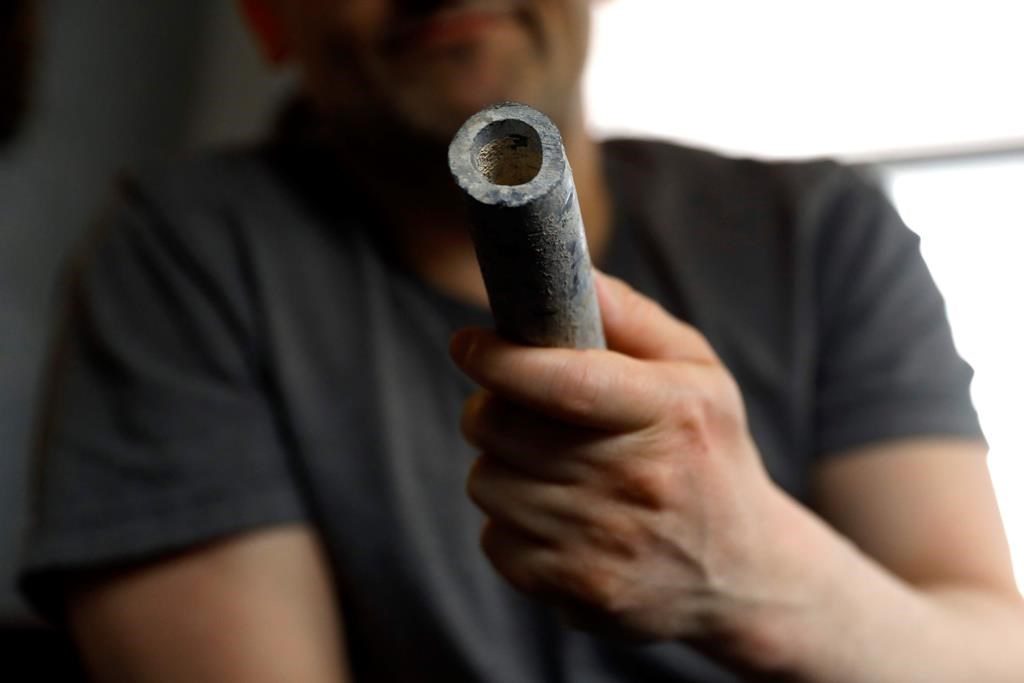 CHICAGO â€” In the modest bungalows and two-flats of Chicago’s Little Village neighbourhood, there's never a shortage of needed home repairs staring residents in the face. And then there is the less obvious but more ominous problem lurking in their pipes.

"There are so many issues that seem more immediate, whether it's the roof, the windows, siding, insulation," said 51-year-old Enrique Nieto, who has lived in the predominantly Latino neighbourhood all his life. "The lead issue is not the one that's right in front of you."

Given short shrift by public officials for decades, the lead pipes snaking through Chicago and communities of every size from rural Maine to suburban California are in the national spotlight now as President Joe Biden pushes to spend $45 billion to replace every lead water pipe in the country as part of his big infrastructure package.

The moon-shot plan could have huge ramifications for this city and others where a swath of Black, Latino and low-income residents have been left effectively drinking from a lead straw decades after scientists established that lead consumption is unsafe at any level.

The White House holds out its lead-pipe proposal as a generation-changing opportunity to reduce brain-damaging exposure to lead in 400,000 schools and child care centres and 6 million to 10 million homes. It's also an effort that the administration says can help create plenty of good-paying union jobs around the country.

There are few, if any, cities where the issue is more salient than Chicago. The nation's third-largest city is still estimated to have some 380,000 lead pipes bringing water into homes, schools and businesses. The city required their use until a 1986 federal ban that came long after most other American cities had phased out their use in the face of an avalanche of research on lead's toxicity.

Biden's plan "would be enormous if it comes through," said Troy Hernandez, an environmental activist in the city's predominantly Latino Pilsen neighbourhood. Hernandez recently spent $15,000 to replace the lead service lines bringing water into his home. "I question whether $45 billion is enough, but it's a really important step."

Since announcing his infrastructure plan, Biden has tried to frame his ambitious effort on lead pipes as advancing the cause of racial equity. The problem has long had a disproportionate impact on communities of colour, according to environmental advocates and research.

Biden claims there are "hundreds of Flints all across America" — a reference to the public health crisis that erupted in the predominantly Black Michigan city after the government switched to a new water supply in 2014 but failed to properly treat the water with chemicals to prevent lead pipes from disintegrating.

The problem nationally would not have been neglected so long if it hit closer to home for politicians, the president suggested.

"What do you think would happen if they found out all the lead pipes are up in the Capitol?" Biden said recently as he defended his plan against GOP complaints that it's rife with wasteful spending.

Chicago Mayor Lori Lightfoot announced in September that the city was launching two programs to begin addressing the issue. But with limited dollars, the city’s effort this year is expected to dig out about 650 lead water service lines â€” pipes under homes that connect to water mains.

"This is a problem that was decades in the making and it is likely to take many, many, many years to address, and a lot of funding," said the city’s health commissioner, Dr. Allison Arwady.

Lead is unsafe to consume at any level for children, according to the federal Environmental Protection Agency. Even low levels of lead in the blood can permanently damage the developing brains of children and result in slowed growth, hearing problems and anemia. The most common sources of lead in drinking water are lead pipes, faucets, and fixtures, according to the agency.

Biden's lead-pipe plan is in sync with an order he signed soon after he took office pledging to target 40% of new clean energy and environmental spending at disadvantaged communities.

The Metropolitan Planning Council, a non-profit group promoting equitable and sustainable growth in the Chicago region, reported last year that 65% of Illinois' Black and Latino residents and 42% of its Asian American and Native American populations lived in communities containing 94% of the state's known lead service lines. Thirty per cent of the state's white population lived in those same communities.

Even when the long-neglected problem gets attention, the help may not be evenly distributed.

In Washington, D.C., efforts by the city to give homeowners logistical help with lead service line replacements resulted in higher replacement rates for residents of high-income, white neighbourhoods than for homeowners in low-income Black neighbourhoods, according to a study by the Environmental Defence Fund advocacy group.

The scope of the problem nationally is massive, if not entirely documented. In some cities, including Chicago, the location of all the lead water pipes is not fully known.

The White House, which does not have a firm timeline on how long it would take to complete the project, says it intends to dedicate some of the money to identifying the scope of the issue.

Estimated replacements costs vary widely, he said. Chicago, for example, has estimated the average cost of replacing a lead water service at $27,000. Cities such as Denver, Detroit and Newark, New Jersey — all of which launched replacement efforts in recent years — have managed to do it for a fraction of that cost. The White House estimated $4,000 to $6,000 per pipe replacement in developing its proposal.

The White House says it would distribute the money to states and communities through two already established federal clean water programs.

"If it were done correctly, $45 billion is enough," Edwards said. "And if it's not, it will still make an enormous dent."

In Little Village, concerns about lead levels have simmered for years.

Last year, Nieto said, residents became concerned after the implosion of a smoke stack at a decommissioned power plant left much of the neighbourhood enveloped in dust. Some residents complained that their tap water was cloudy for some time after the implosion and feared that their old lead service lines may have been jarred, raising the level of lead particulates in the water. City officials tested the water and assured residents the water was safe, though some residents remained skeptical, Nieto said.

Most homeowners in the working-class neighbourhood don't have the wherewithal to replace lead service lines on their own, Nieto said, adding that Biden's plan "would go a long way."

Some of his neighbours are skeptical.

Irma Morales, 59, another longtime resident of the working-class neighbourhood, said what Biden is proposing sounds good but she's doubtful the federal government will actually deliver.

"They say but what do they do?" Morales said.

Brenda Santoyo, a policy associate at the Little Village Environmental Justice Organization, said Biden's plan — if it comes to fruition — could help demonstrate to Latino communities they aren't forgotten.

"Replacing these lead lines would give our community members a sense of trust in government at a time when there hasn't been a lot of reason to have trust," she said.