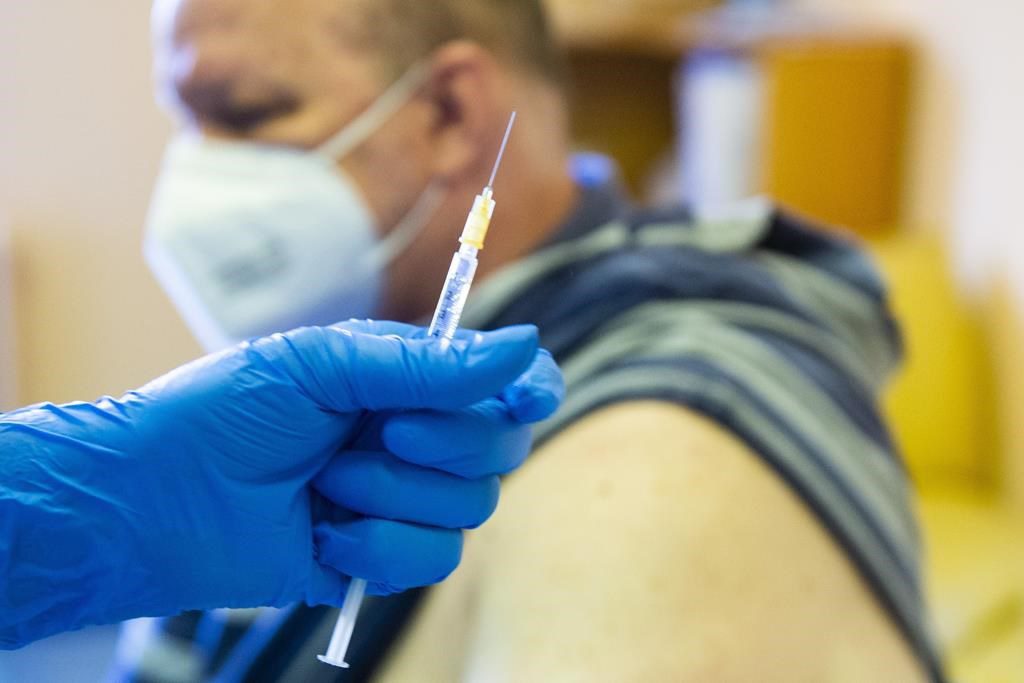 Slovakia has 200,000 doses of Sputnik V vaccine available and approved its use on May 26. But so far, only about 5,000 people have registered to receive the two-shot vaccine in the nation of 5.4 million.

Hungary was the first EU nation to use Sputnik V, which has not been authorized by the European Medicines Agency.

A secret deal for Slovakia to purchase 2 million Sputnik V shots orchestrated by then-Prime Minister Igor Matovic triggered a political crisis in March that resulted in the Slovak government’s collapse.

Slovakia has been administering the Pfizer, Moderna and AstraZeneca jabs, and will also use Johnson & Johnson. All of those vaccines have been authorized by EMA.

Sputnik V is administered to people 18 to 60 and is available in eight vaccination centers.

— India cautiously starts to open up as virus cases decline, but families are dealing with the devastation

— China trade surges as demand rebounds in US, other markets where pandemic is waning

— Thailand debuts locally made AstraZeneca vaccine but supplies are tight

BEIJING — Residents of the southern Chinese city of Guanzhou will not be able to leave unless they can show that it is absolutely necessary to do so, following an outbreak of COVID-19 that has sickened dozens of people in recent days.

Anyone who is given permission to leave must show a negative test for the virus taken in the previous 48 hours, according to rules issued by the city government that take effect Monday. The same rule applies to anyone seeking to leave the surrounding province of Guangdong.

The city also is restricting indoor dining, conducting mass testing and banning residents in high-risk neighborhoods from leaving their homes. At least two districts in the city of 18 million people have been closed off entirely.

The variant causing the Guangzhou outbreak — the delta variant first identified in India — is reportedly more infectious because those who have it are slower to display symptoms while carrying more virus particles.

Guangzhou has reported no deaths from the outbreak, but the city reported another four locally transmitted cases in the 24 hours before Monday morning, bringing its recent total to more than 100 since May 21.

BERLIN — Germany has dropped restrictions on who can get vaccinated against COVID-19, but many people still will have to wait some time to get a shot.

A prioritization system in place since vaccinations started after Christmas officially ended Monday, and everyone 12 and older is now entitled to make an appointment. Up to now, Germany has been working through the oldest and most vulnerable, as well as people in selected professions.

Also joining the campaign on Monday are more than 6,000 doctors who work for companies and will help inoculate their workforces.

Officials have urged patience, however. “Ultimately, vaccine is still in too short supply for the high demand and continues to be delivered too unreliably,” Ulrich Weigeldt, the head of an organization representing general practitioners, told the Funke newspaper group.

A few German states are keeping the prioritization system in place at specialized vaccination centers for the time being.

Germany had given at least one shot to 45.4% of its population by Friday and had fully vaccinated 20.7%.

TOKYO — Japan’s southernmost prefecture of Okinawa is closing many schools to contain the nation’s worst per capita rate of coronavirus infections.

Gov. Denny Tamaki said closing schools could curb the spread since roughly one in three cases were among people younger than 30.

Primary and secondary schools in 22 hotspot towns on Okinawa will be closed until June 20. The island and nine other regions of Japan are under a state of emergency, but Okinawa’s infections have been near record-highs and hospital beds are occupied at almost full capacity.

Okinawa’s health experts have indicated that an influx of tourists during the early May holiday week triggered the surge, which raises further concerns about how the Tokyo Olympics might affect Japan’s virus situation. The Games are all but certain to be held, despite discouragement from medical professionals and opposition by the Japanese public.

Across Japan, daily infections stand between 2,000 and 3,000 in the past few days, down from the recent peak of over 7,000 in early May. More than 13,000 have died of COVID-19 in the country, three-quarters of which happened this year.

Japan has so far fully vaccinated about 4 million people or 3% of its population.

BANGKOK — Health authorities in Thailand began their much-anticipated mass rollout of locally produced AstraZeneca vaccines on Monday, but it appeared that supplies were falling short of demand.

Hospitals have been posting notices for several days that some scheduled appointments would be delayed, adding to existing public skepticism about how many doses Siam Bioscience would be able to produce each month.

“The vaccines will be delivered as planned,” Prime Minister Prayuth Chan-ocha told reporters Monday morning as he visited a vaccination station at an indoor stadium in the capital, Bangkok.

Prayuth’s government has come under fierce criticism for failure to secure timely and sufficient vaccine supplies. It also face criticism for its reliance on Siam Bioscience, which is owned by the country’s king and had no previous experience in vaccine production.

Prayuth said the Health Ministry had confirmed that vaccinations could begin Monday in every province.

NEW DELHI — Businesses in two of India’s largest cities were reopening Monday as part of a phased easing of lockdown measures in several states now that the number of new coronavirus infections in India is on a steady decline.

India’s capital allowed businesses and shops to reopen with limited hours and the Delhi Metro, which serves New Delhi and adjoining areas, also resumed operations at 50% capacity. Last week, authorities in the capital allowed some manufacturing and construction activity to resume.

“Now the corona situation is under control. The economy must be brought back on track,” New Delhi’s chief minister, Arvind Kejriwal, told reporters on Sunday.

The strict lockdown measures had been in place since April at the start of a devastating surge in infections that lasted well into May and overwhelmed health care facilities in many parts of the country.

Some health experts fear the restrictions are being eased too soon and there are concerns that the virus is still spreading unchecked through India’s villages, where testing and medical care are limited.

Kejriwal warned that any new surge in infections could be more severe and said the administration will build new oxygen-production facilities and expand the capacity of intensive-care units.

LONDON — Britain’s health secretary says the delta variant, which is fast becoming the dominant coronavirus variant in the U.K., is 40% more transmissible compared to the country’s existing strains.

Matt Hancock acknowledged Sunday that the rise in delta variant cases may delay the government’s plan to lift most remaining lockdown restrictions on June 21. He also said he wouldn’t rule out continuing measures such as face masks in public settings and working from home where possible.

Optimism that Britain can vaccinate its way out of the pandemic took a dent in recent weeks with growing concern that infections are again rising, fueled by the delta variant, which was first found in India. More than 12,400 cases of the delta variant have been confirmed in the U.K.

On Friday the country recorded 6,238 new coronavirus cases, the highest number since late March. The figure came down to 5,765 on Saturday.

Authorities said Sunday they will start offering the COVID-19 vaccine to people under 30 from this week in hopes that can help combat the renewed surge in infections.

PARIS — French health authorities are racing to contain scattered cases of the more contagious delta virus variant, as the country prepares to reopen its borders to vaccinated visitors and celebrates plunging COVID-19 infection and hospitalization rates.

Health Minister Olivier Veran said Sunday that France has multiple clusters of the variant, first identified in India, notably in the southwest Landes region. Speaking on BFM television, Veran said the variant hadn’t spread widely into the community and that health investigators are working to trace cases and stop their spread.

The delta variant is now dominant in Britain, and its spread has prompted France and some other countries to impose new restrictions on visitors from Britain.

Overall, Veran insisted, “the epidemic situation continues to strongly improve around the country.”

The French public health agency’s latest weekly report shows a steady and sustained drop in virus infections, hospitalization rates and deaths even after France started reopening schools, stores, and restaurants last month. More than half the adult population has had at least one vaccine dose, and nearly a quarter are fully vaccinated.