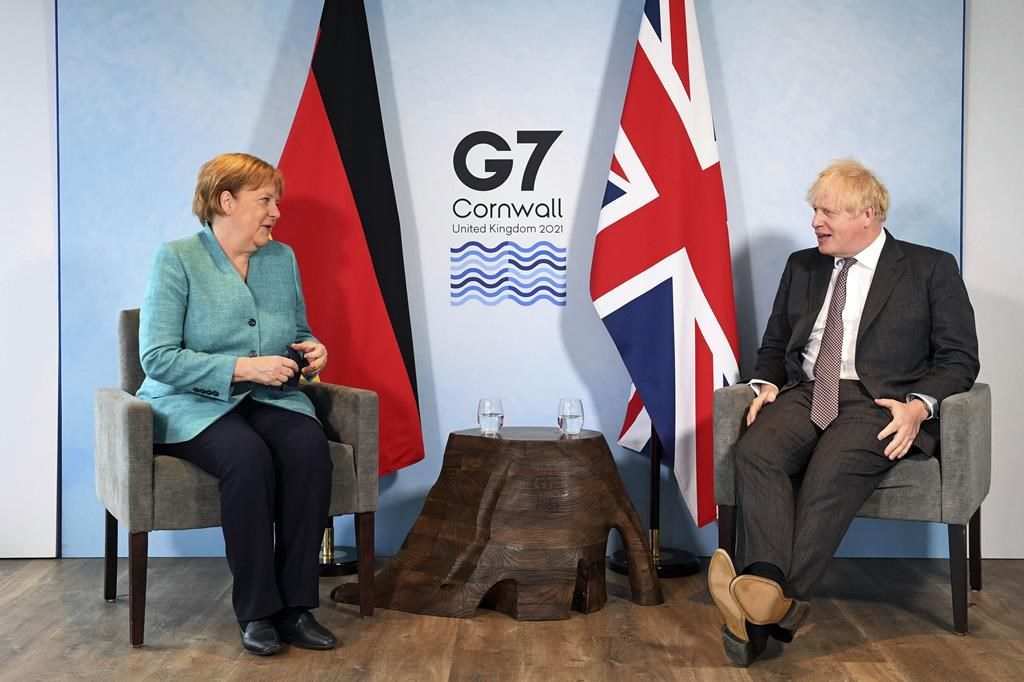 The Latest on the Group of Seven nations meeting being held in England:

The two sides are locked in an escalating diplomatic feud over Northern Ireland, the only part of the U.K. that has a land border with the bloc. The EU is angry at British delay in implementing new checks on some goods coming into Northern Ireland from the rest of the U.K., while Britain says the checks are imposing a big burden on businesses and destabilizing Northern Ireland’s hard-won peace.

The spat has drawn in U.S. President Joe Biden, concerned about the potential threat to Northern Ireland’s peace accord.

The EU is threatening legal action if the U.K. does not fully bring in the checks, which include a ban on chilled meats such as sausages from England, Scotland and Wales going to Northern Ireland from next month.

Britain accuses the bloc of taking a “purist” approach to the rules and urged it to be more flexible in order to avoid what has been dubbed a “sausage war.”

FALMOUTH, England — U.S First Lady Jill Biden and Kate, the Duchess of Cambridge, have written a joint article on the importance of early childhood education after their visit to a primary school on the sidelines of the G-7 summit in England.

The two women met for the first time Friday at a school in Cornwall, southwestern England, where they visited 4 and 5-year-olds and spoke with experts on early childhood development.

In their article, published on the CNN website Saturday, they said the disruption of the pandemic has helped people focus on the things that matter most, and they have a joint belief that the future must include a “fundamental shift in how our countries approach the earliest years of life.”

“If we care about how children perform at school, how they succeed in their careers when they are older, and about their lifelong mental and physical health, then we have to care about how we are nurturing their brains, their experiences and relationships in the early years before school,” they wrote.

They said business leaders, among others, should give more support to the parents and caregivers in their workforces.

“If we want strong economies and strong societies, we need to make sure that those raising and caring for children get the support they need,” they added.

Biden is a longtime English teacher who focuses on education, a passion she shares with Kate, a mother of three young children.