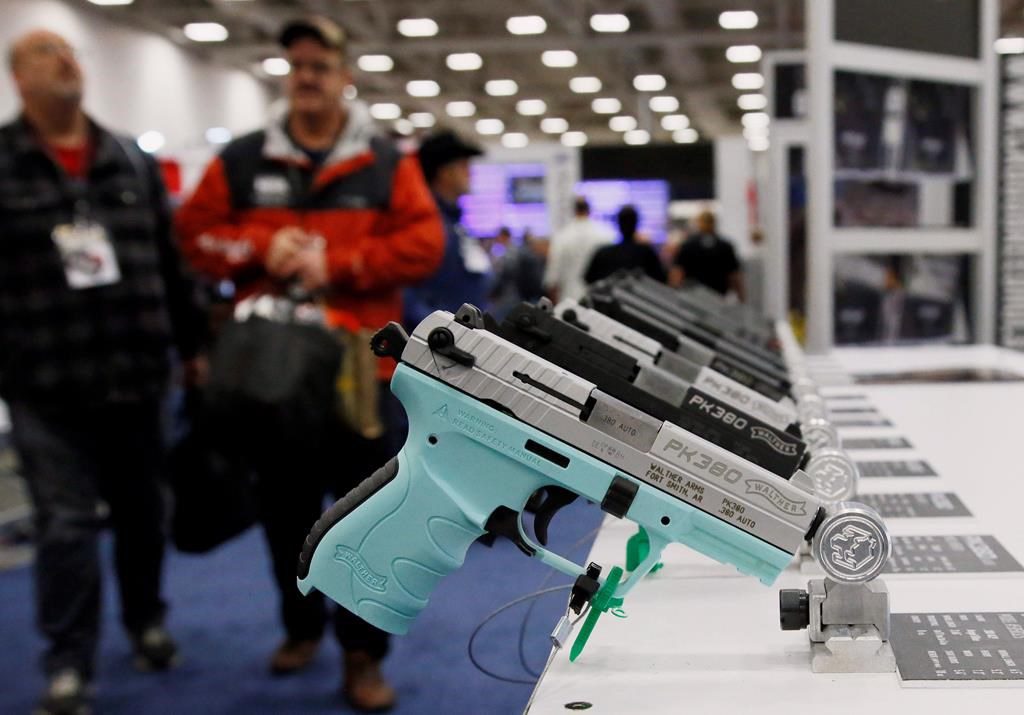 AUSTIN, Texas â€” In Texas, where gun laws are among the loosest in the U.S., there is one line the state has long resisted crossing: making it legal to carry a handgun in public without a permit, background check or training.

Governors didn’t champion it. Police persuaded Republican leaders to avoid it. And two years ago, when a frustrated gun rights activist showed up outside the home of the Texas House speaker, the resulting outcry quickly snuffed it out again.

But in a span of just weeks, Texas has suddenly pushed ever closer to becoming the largest state in the country with unregulated or "permitless” carry â€” a move that is alarming law enforcement and has some Republicans staring down a vote they’d rather avoid. It has also disheartened lawmakers from El Paso, which is still recovering from one of the worst mass shootings in the nation’s history, when a gunman at Walmart killed 23 people in 2019.

"What is going on out there that we need to overhaul a system that works?" asked Kevin Lawrence, executive director of the Texas Municipal Police Association, which opposes the bill. "We are fine with law-abiding citizens having guns. But there are still some people who should not be allowed to carry guns in public.”

On Thursday, a special committee hastily created by the state Senate was set to advance the measure â€” an unusual move because it comes just weeks after Republicans said they didn’t have the votes. And a week after ducking a question on the bill, Republican Gov. Greg Abbot said this week that he would sign it.

The measure would eliminate the license requirement and the state background check and training that go with it. It wouldn’t prevent businesses from banning guns on their property, and federal background checks for some gun purchases would remain in place. Supporters of the bill say it would allow Texans to better defend themselves in public while abolishing unnecessary hurdles to the constitutional right to carry a gun.

Emblematic of the pressure the governor has been under from some Republicans, state party Chairman Allen West, a firebrand former congressman from Florida who took over the Texas GOP’s leadership in 2020, chided Abbott and Lt. Gov. Dan Patrick as "squishies" for their initial hesitance on the gun issue.

"You'd think they'd be proud to whip the Legislature and get it done," West said.

Texas has more than 1.6 million handgun license holders under a law first passed in 1995. The state doesn’t require a license to carry long guns in public, and eliminating the license for handguns has long been a goal of hardcore gun activists. After years of being mostly ignored, they seized on a change of leadership in the Texas House to press forward.

The House’s new speaker, Republican Dan Phelan, sponsored a permitless carry bill several years ago. With him in charge now, the issue sailed through the Republican-dominated chamber this month.

"We cannot allow another session to come and go where we pay lip service to the Second Amendment while failing to fully restore the God-given rights to our citizens,” state Sen. Charles Schwertner said Thursday. "We simply can’t allow this opportunity to pass us by. This issue is far to important."

Gyl Switzer, executive director of the gun control group Texas Gun Sense, which opposes the bill, said she grew worried when the issue got a full vote in the House. Republican lawmakers who avoided the vote in the past likely didn’t want to look soft on gun issues ahead of the 2022 elections, she said.

"It’s literally a life or death bill," Switzer said. "I would like to believe that people could step away from some oath to the right wing of their party."

Texas would join about 20 states that allow some form of unlicensed handgun carry, but it would be by far the biggest in terms of population. Tennessee earlier this year dropped its handgun license requirement and several others are considering it.

"It’s in the air," Switzer said. "There is even national pressure. I'm sure Texas (Republicans) don't want to look weak."

The change would still only allow people age 21 or over to carry handguns. And people with violent crime convictions or some other legal prohibition would still be barred from carrying them. But there would be no way to weed them out without the early background check.

Law enforcement groups warn eliminating the license requirement will make the streets more dangerous. Figuring out who can legally carry and who can’t shouldn’t be left a patrol officer, Lawrence said.

"I fear for our law enforcement," said Sen. Eddie Lucio, a Democrat. "I would hate to see more guns out there that cause more injury or death."

A handful of Democrats support the bill, but others are frustrated that the state isn't strengthening its gun restrictions in light of its mass shootings in recent years, most notably at the El Paso Walmart, a Houston-area high school and a church in Sutherland Springs.

When the bill passed the House, state Rep. Joe Moody, who district includes El Paso, said lawmakers had "done nothing at all to make good on solemn promises made to the families of El Paso and in places across the state on the graves of their loved ones."