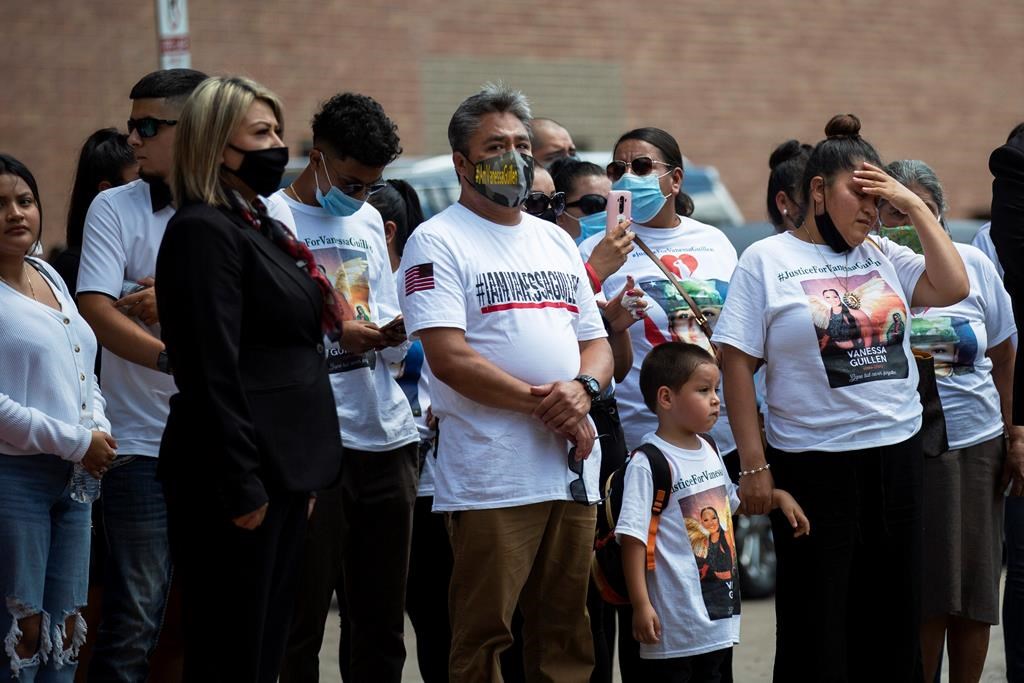 AUSTIN, Texas â€” A year after a Fort Hood soldier was slain by a fellow member of the Army, Texas lawmakers are poised to help lead the nation in the fight against sexual harassment and assault in the military.

The bill proposed in memory of Spc. Vanessa Guillen and approved by the state Senate on April 12 would give members of the military in Texas more ways to report crimes outside their chain of command and to have those crimes independently investigated by the Texas Rangers. The bill heads next to the House. A similar proposal was introduced to Congress last fall.

"It was passed unanimously out of the Senate. There is no opposition to it," said state Sen. Cesar Blanco, D-El Paso, who authored the Texas bill. "I think that demonstrates to Congress that this is not a partisan bill, that when Republicans and Democrats work together on meaningful reforms for military forces, that change can happen."

Guillen, 20, was reported missing April 22, 2020, and her charred, dismembered remains were found July 1. Federal investigators said fellow Fort Hood soldier Spc. Aaron Robinson, who died by suicide during the investigation, killed her. Guillen’s family says they believe Robinson also sexually harassed her, but the Army says they have no evidence of harassment from Robinson.

Guillen’s case became a rallying cry for military sexual assault survivors to denounce their experiences, and that movement has prompted calls for cultural change within the military from Texas to Washington.

Blanco’s bill would also establish a sexual assault response co-ordinator outside the chain of command to provide members of the military in Texas who report accusations of sexual violence with help and resources, whether or not the report is filed with law enforcement or inside the military. It is one of multiple bills submitted to the Texas Legislature this session in honour of Guillen.

Sexual assaults are vastly under-reported in the general population, and the military has acknowledged for years that it’s a particular problem in its ranks.

Guillen’s family and their attorney, Natalie Khawam, have repeatedly said that Guillen was too afraid to report the harassment she was facing to her chain of command.

Lupe Guillen, Vanessa Guillen’s sister, said this week that Guillen’s mother told her late daughter to rip her contract and come home if she did not feel safe after her daughter told her the harassment and fear she was facing at the base.

"My sister responded, 'Do you want me to go to jail?'" Lupe Guillen said. "Once you sign the contract you are their property, you are their number. When are we going to protect the victim and not the victimizer?"

In the year since her sister’s death, Lupe Guillen said, the family has yet to see significant change. They gathered a press conference Tuesday to continue their fight with Texas representatives and senators to mark the grim anniversary with a series of legislative proposals that would include naming part of a highway after Guillen, and a resolution for Congress to approve a similar, bi-partisan bill, the "I am Vanessa Guillen Act." Khawam said the family expects a congressional hearing on that bill in May.

"For all voices in the military, it is very frustrating for our men and women to wonder when they will be protected, when these protections will come into place," Khawam said. "If you are not afraid of a bullet but you are afraid to report sexual harassment, you know there is something really wrong with the system."

Blanco, himself a U.S. Navy veteran, said the military had failed Guillen and that he wanted to ensure that Texas did not do the same.

A civilian criminal case on Guillen’s slaying remains open, and multiple investigations inside the Army into the deaths and leadership at Fort Hood continue.

Results from an independent review of the base released in December led to the suspension or firing or at least 14 people from the Texas base, inspired Operation People First by military leaders to rebuild trust and found that the Texas base had a widespread pattern of violence, including murder, sexual assault and harassment.

Acacia Coronado is a corps member for the Associated Press/Report for America Statehouse News Initiative. Report for America is a non-profit national service program that places journalists in local newsrooms to report on undercovered issues.