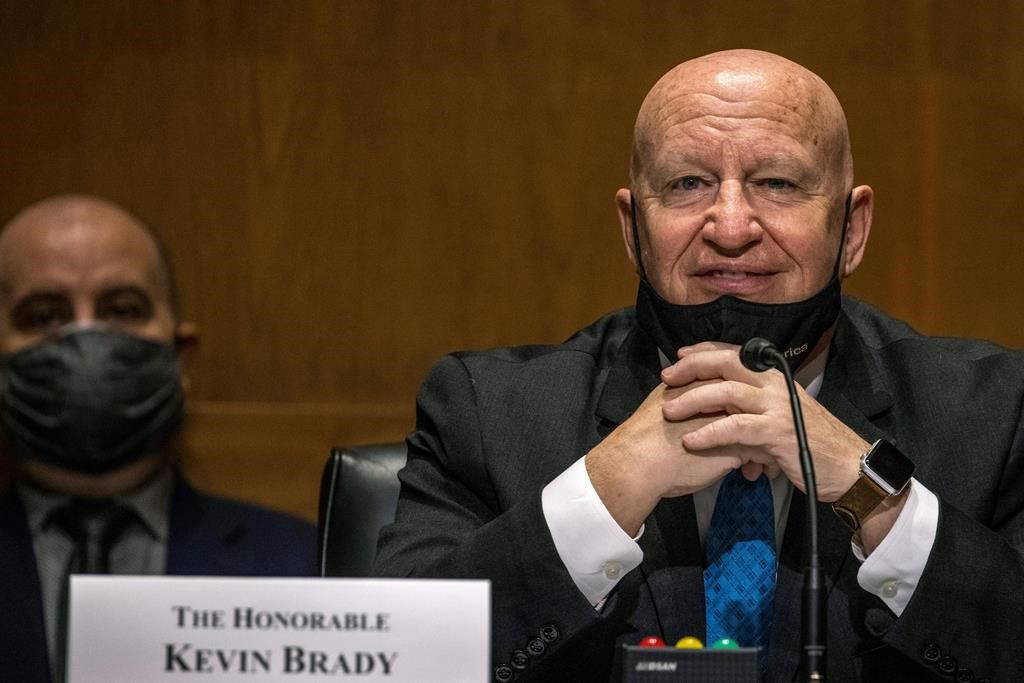 AUSTIN, Texas â€” Rep. Kevin Brady of Texas said Wednesday he won’t run for reelection after 25 years in Congress, making him the most senior House Republican to announce he won’t be back in 2022.

Brady was chairman of the tax-writing Ways and Committee in 2017 when Donald Trump signed a $1.5 billion tax overhaul. He acknowledged that being term-limited out of that leadership role if the GOP regains control of the House in next year’s midterm elections had some bearing on his decision.

He said Trump wasn’t a factor.

"Given the times, I'm sure some will say 'It's Trump's fault.' Nonsense," said Brady, who made the announcement at a local meeting of business leaders in his suburban Houston district.

Brady’s district has been reliably safe for Republicans for years. He is the second Texas congressman to say this term will be his last, joining Democratic Rep. Filemon Vela, who announced last month that he would not run again in his district, which runs to the U.S.-Mexico border.

Democrats' edge in the chamber is currently 218-211, with six vacancies.

At least three other Republicans are planning to make this term their last in the House, including Alabama Rep. Mo Brooks, who is running for U.S. Senate.