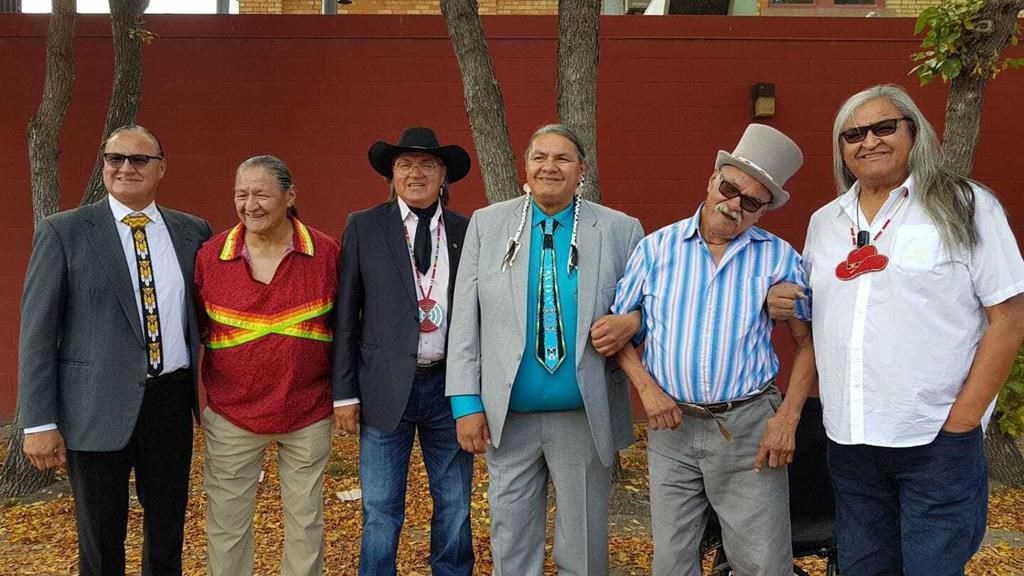 REGINA â€” The death of an influential Cree teacher due to COVID-19 has increased pressure on the Saskatchewan government to prioritize educators in its vaccination plan.

Victor Thunderchild, 55, died in Prince Albert on Saturday and family members say he was infected with the virus while working at a high school in the city.

“His passion was always education,” said his brother Harvey Thunderchild.

Victor Thunderchild's last tweet, sent during his hospitalization earlier this month, was directed at Premier Scott Moe and called for all teachers to get vaccinated “before this happens to anyone else.”

“That message that Victor sent to Scott Moe should be loud and clear," said Harvey Thunderchild as he held back tears. “Make sure that front-line essential workers are looked after.”

Moe said Monday that he had heard many stories about Thunderchild’s influence on students, teachers and the community.

Speaking during question period, Moe said his Saskatchewan Party government will be looking at priority groups for vaccinations in coming days when the general age eligibility drops to people 40 and older.

Opposition NDP Leader Ryan Meili said it is not enough to honour the teacher's dying request.

"Vic Thunderchild spoke up for teachers. (The premier) refused to listen," Meili said.

Patrick Maze, president of the Saskatchewan Teachers’ Federation, said teachers are grieving the death of a respected and inspiring colleague. They are also frustrated, he said.

“We know it could have been prevented.”

He said teachers have been clear that it's hard to maintain social distancing in classrooms, and calls from educators about prioritized vaccinations and rapid-testing kits in schools have been ignored.

Maze said the stakes are high. While it's unknown how many educators have contracted the virus on the job, he said he is aware of an educational assistant in Moose Jaw who is currently hospitalized with COVID-19.

Saskatchewan reported 243 new cases of COVID-19 on Monday. There were 200 people in hospital and 43 of those patients were in intensive care.

Moe also said in a tweet that the province is considering lowering the age of eligibility to get the Oxford-AstraZeneca vaccine to 40, following the lead of Ontario, Alberta and Manitoba.

Harvey Thunderchild said his brother’s death is devastating and terrifying, especially since some of his own children are also educators.

He said his heart fell to the floor when he received the call that his younger brother was being transferred to intensive care and being put on a ventilator. A year ago this month, his family was mourning another brother â€” Wayne â€” who also died from COVID-19.

Victor Thunderchild grew up the second youngest of 12 children.

He played sports in high school but always wanted to be a teacher. He brought his cultural knowledge to teaching and always felt a responsibility to bring love, along with education, into his classroom, said his brother.

He worked at Carlton Comprehensive High School as a teacher and a counsellor for 29 years. He helped develop Cree language programs, was actively involved in sports and was well-known throughout the powwow circuit as an expert dancer.

He cherished his wife and adored being a father.

Memories of Thunderchild's impact over decades of teaching prompted an online campaign called #ApplesForVictor, with current and former students sharing memories of the teacher.

His family said the outpouring of support has helped them grieve.

“People listened to him, the students did,” Harvey Thunderchild said.

“He wasn't intimidating. He was kind. He was soft in his ways.”