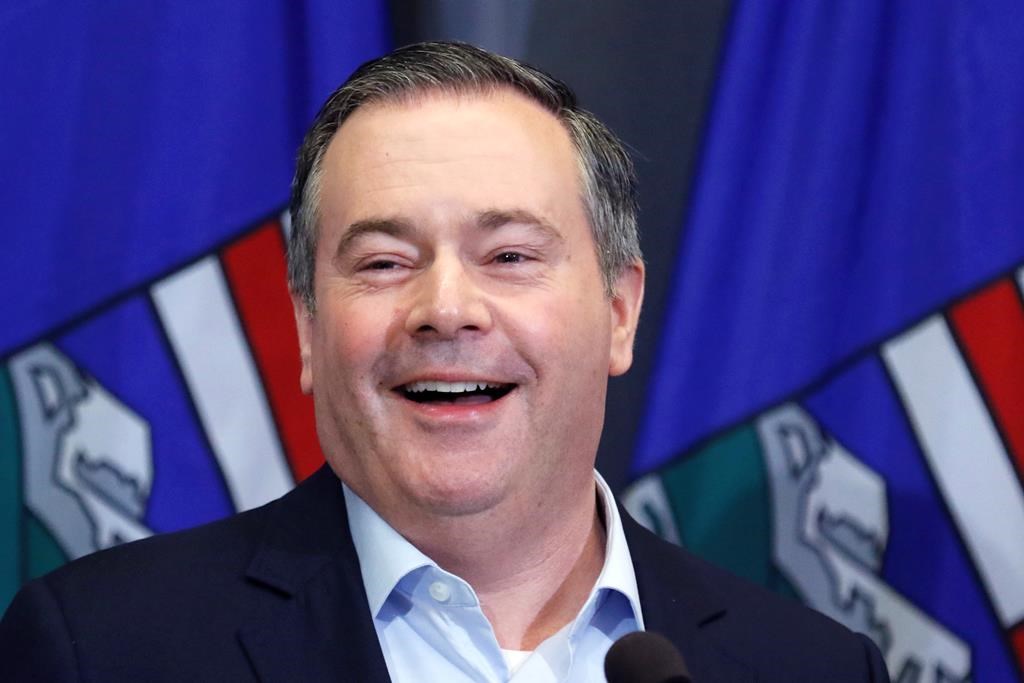 While the fate of the leader of Alberta’s United Conservative Party has been stealing all the headlines, the party itself is facing enormous challenges of its own over the next six months.

The party was mashed together from the Progressive Conservative Party and the Alberta Wildrose Party only four years ago. Now it’s trying to find a way forward as members with deeply divergent backgrounds and views wrestle for control.

Back when he was running for the UCP leadership in 2017 Jason Kenney campaigned on a “grassroots  guarantee”.

He said policy would come from party members. He blamed the original conservative movement fracture on “an arrogant, top-down style of leadership” on the part of the governing Progressive Conservatives.

But now he and the party are facing complaints that the UCP has abandoned the grassroots, the leader failed to listen to the membership through the pandemic and the government is making too many policy decisions without consultation.

The UCP board, led by new president Cynthia Moore, is grappling with a fractious membership as it tries to gear up toward the 2023 provincial election.

The first challenge took place last weekend with the annual general meeting. The party avoided a major gunfight, with Kenney receiving a polite reception from the assembled delegates rather than the open insurrection some pundits expected.

Next up is the UCP board’s Dec. 7 meeting. Moore says the board will formally respond to a motion from 22 constituency associations to force an early review of Jason Kenney’s leadership.

Many of the 22 constituencies seeking the early review are rural and are pushing for a wide open vote in February on Kenney’s leadership, with remote ballots allowed.

If the board finds a way to reject the motion, a review will happen in April, but it will be far more controllable, with only in-person delegates allowed to cast a ballot.

The party also has to deal with a fast approaching by-election. Kenney’s most prominent foe, former Wildrose leader Brian Jean, is vying for the UCP nomination in his Fort-McMurray home town constituency.

Jean suggests the show of support for Kenney at the AGM shouldn’t be taken at face value. He says party members believe the UCP can’t beat the NDP in the next election with Kenney at the helm. He is more than willing to step into the breach.

Jean is the magnet attracting former Wildrosers. A seat in the UCP caucus for Jean after the February by-election could embolden the Wildrose faction within the party.

A further complication for the party is Danielle Smith, also a former Wildrose leader who attempted to unite the Wildrose and the PCs by defecting to the PC government caucus in 2014.

Smith, a radio personality in Calgary, announced last week she would consider trying for the party leadership for the sake of UCP unity.

All those balls in the air must be dizzying for a UCP leadership which is also beleaguered by an inability to raise cash. The failure to fill party coffers at the same rate as the opposition NDP is yet another signal of member disenchantment with the current state of the party.

Moore addressed the elephant in the room at the AGM.

“Too many of us have forgotten that we are the United Conservatives. Some of us forget what brought us together and are now focusing on what divides us,” she said.

“Compromise isn’t always easy but is often the right thing to do. We must remember that politics is the art of negotiation and compromise.”

It would help if there was common ground and shared history to use as a base for that compromise. But the UCP is still finding its identity after difficult rifts in Alberta’s conservative movement.

In 2017 Kenney looked like the high powered leader who could push the party to power and enduring success. But, battered by unprecedented political challenges including Covid and oil price crashes, he proved to be a divisive figure.

No matter what the outcome is of the leadership review, the UCP’s struggles aren’t likely to vanish. With or without Kenney the rifts have to be dealt with by the party apparatus. Maintaining any big-tent party is a tough job. Some pretty icy drafts are blowing through the UCP’s makeshift seams.