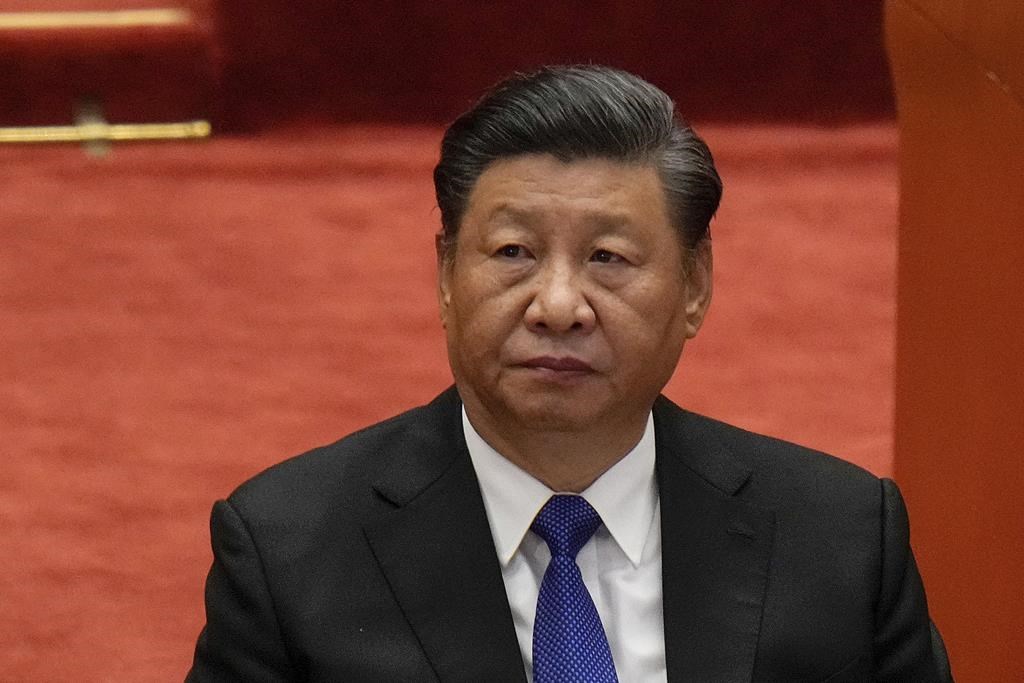 Or should I say “President for Life” or “the Great”? And congratulations on your promotion to the ranks of the materialist immortals and theoretical geniuses. I see on Amazon that “If one doesn’t understand The Thoughts of Xi Jinping, he cannot understand the future of China and the world.” But I wonder if I could ask you to hold off on doing anything rash for, say, 15 years. Or maybe 25.

It’s not entirely evident that you place great store by the Thoughts of Canada or even those of Little Potato. Perhaps once we truly understand the thoughts of Xi Jinping we’ll grasps that we wretched foreigners are to kowtow good and hard if we don’t want something to… happen to our businesspersons, our economy or who knows, our airspace as well. Oh, and our cybernetworks to which our power plants are linked. But here’s the thing.

We are a moral superpower. If you do mean nasty ugly things we will disapprove of you in ways that would wilt a hundred flowers. Eventually. Oh wait. Your lovely regime already did so, and pronto. But never mind. The point about our “eventually” is that we are building some submarines so if you do something nasty like attack Taiwan, or Japan, or Australia, or Europe, or North America, we can sink your battleship. Or aircraft carrier. Or immense fleet of same. It’s only fair.

OK. Not building. Thinking of maybe building. But if we ever get to it they will be very cool submarines. Not as cool as the Australian ones with nuclear power. But a whole lot better than the second-rate junk we got from Britain in 1998 after Pakistan said “No thanks”. Yes, the Victoria class that caught fire, fell over and sank into the sea. See, we were just kidding back then, confident that the mighty U.S. navy would protect us while we pranced around denouncing American imperialism.

We’re not so sure today. The decline of the American empire that our chattering classes longed for and gloated over appears to be arriving and product is not quite as advertised. So we’re going to retire those Victorian beauties in about two decades. After all, the Germans nearly won the Battle of the Atlantic in 1941 with subs launched in 1891 and the pace of technological change has obviously slowed since. And when we do, we’re going to build some first-rate submarines. Or second-rate. Nuclear power is just so yucky, don’t you think?

Oh wait. You don’t. You’re engaging in a massive buildup of your nuclear arsenal, nuclear-powered navy, hypersonic missiles, cyberwarfare and all that stuff with which you will finally restore the Mandate of Heaven or whatever it is that means you get to tell everyone what to do and kill them if they don’t. You think political power grows out of the barrel of a gun, not a flower. What a mean man. Still, in case you have a point, we need some subs.

Unfortunately it turns out we’re not very good at defence procurement. Probably you knew already. I suspect some grim people on your staff and in your gigantic private army including PLA Unit 61398 are probing with bayonets, so to speak, and finding us sort of mushy just now. But look, we’re Canada and nothing bad can happen to us, so back off now or we’ll send a protest note. A stern one. Not exactly wolf warrior diplomacy. More agitated house cat.

You laugh? You ask how either world war would have gone if we’d had the kind of complacent incompetence about defence procurement then that we have now? Well ha ha to you Mr. Great because we did. We entered World War One with coal-burning ships firing black powder shells. Admittedly only two. But one was called “Rainbow” so see how progressive we were even then? (The other ran aground but we got it off the shoal again.) And we started World War Two with only six tanks but it was OK because they were obsolete anyway. And our troops trained by pointing sticks and shouting bang which was very good for their lungs.

If you can spare a moment from being great and all, you might reflect that once provoked we rapidly armed ourselves, played a major role in both World Wars which our side did win, along with the Cold War. Despite, not because of, not having a “Great” ruler since Alfred of Wessex. We do the active self-reliant citizen thing not the insane grandiose dictator. But we do seem to have developed a bit of a paunch lately and need to work out for a bit.

So as noted, have fun being great but please don’t attack for at least 20 years.

Yours sincerely Canada the Moral Superpower.