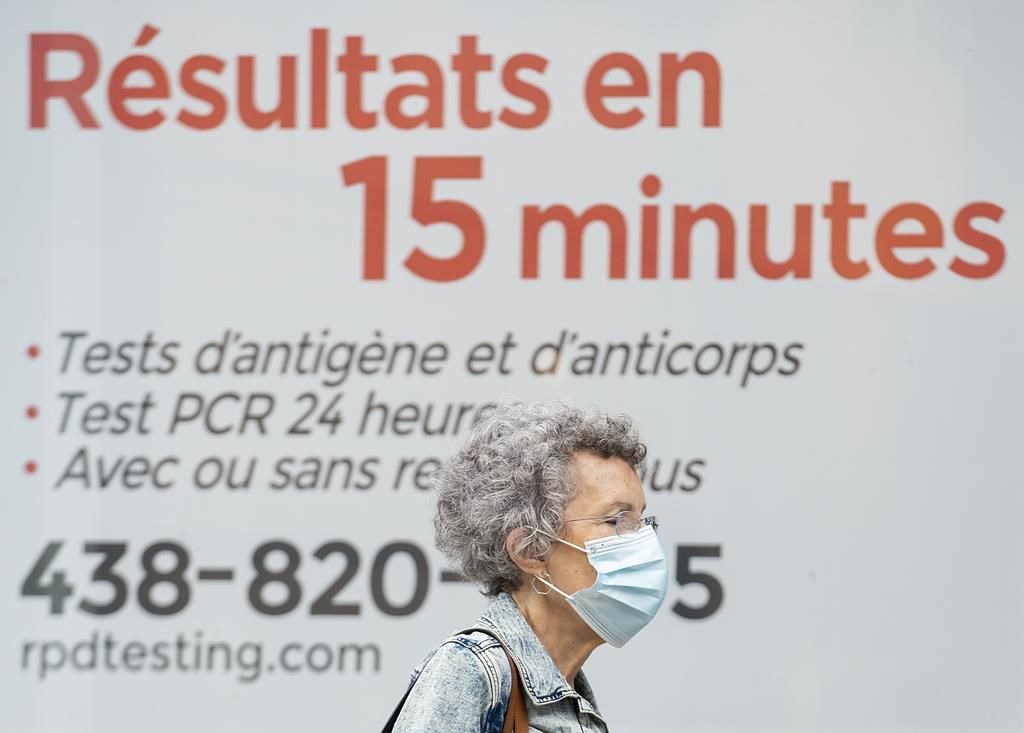 Out here in the real world, there are predictable things, as well. There are too many to list.

But ever since Jesus was a little fella (literally), people have gathered to celebrate Christmas. And: Hanukkah. And: Kwanza. And: Festivus.

It’s predictable. At this time of year, people want to get together more than any other time of year. You can set your watch by it. (Again, literally.)

During a deadly global pandemic, with a Satanic variant disrupting countless lives, it’s hard to predict stuff (eg. Omicron). But people wanting to see friends and family in the month of December?

That’s as predictable as you can get. Which, ipso facto, raises one question, now being raised on many lips:

Because, let’s face it, they weren’t.

This year, Santa wasn’t being lobbied for Cabbage Patch Kids, Furbys, Tickle Me Elmos, or Nintendo entertainment systems. Nope: this year’s must-have Yuletide item was a rapid antigen test. That’s what we all wanted under the tree, this year.

But forget finding one, particularly if you live in British Columbia, Alberta, Ontario or Quebec. In those provinces, rapid antigen tests – the quickie Covid 19 tests that you can do on your own – were harder to find than toilet paper in a pandemic.

It’s not like Canadian governments didn’t have them, either. The federal government claimed it had sent 80 million tests to the provinces. The provinces, meanwhile, issued lots of statements insisting that the feds had delayed or bungled distributing the tests.

Ontario, for one, said it had distributed 50 million of the tests throughout the province – including, incredibly, at liquor stores – but good luck finding anyone who actually got one. First Nations communities in Northern Ontario reported having to drive 400-plus kilometres to find a test – maybe – in far-away Thunder Bay.

Quebec witnessed massive lineups at pharmacies. In Alberta, people reported visiting multiple distribution sites, none of which had any left. Nova Scotia ran out.

In B.C., the government withheld tests, targeting places with Covid outbreaks, and wasted precious time breaking packages of tests into smaller kits. It was no surprise, then, that rapid antigen tests starting popping up on Amazon and eBay, where scumbags were charging – and getting – hundreds of dollars for tests they’d earlier obtained for free.

The Angus Reid Institute did a poll about it all, and found that two-thirds of Canadians wanted the tests free and universal. And more than a quarter of the country said they wanted to find a rapid test. But couldn’t.

Not surprisingly, about half of the poll’s respondents said their province had done a poor job distributing the tests.

(This writer’s personal favourite, however, was Manitoba: the geniuses running that province decided to distribute KN95 masks – another hot item in the 2021 holiday season – at liquor stores and casinos. Winners: slots-addicted alcoholics! Losers: Manitoba children!)

It’s right there on the calendar, Canadian political folks: December. We have an abundance of holidays in that month, when people want to – need to – get together with loved ones. And you screwed that up – with test kits, with masks, with boosters.

All of this was predictable, Canadian governments. And your failure is therefore unforgivable.

Enjoy the coal you’ll be getting in your stockings.

[Kinsella was Chief of Staff to a federal Liberal Minister of Health.]