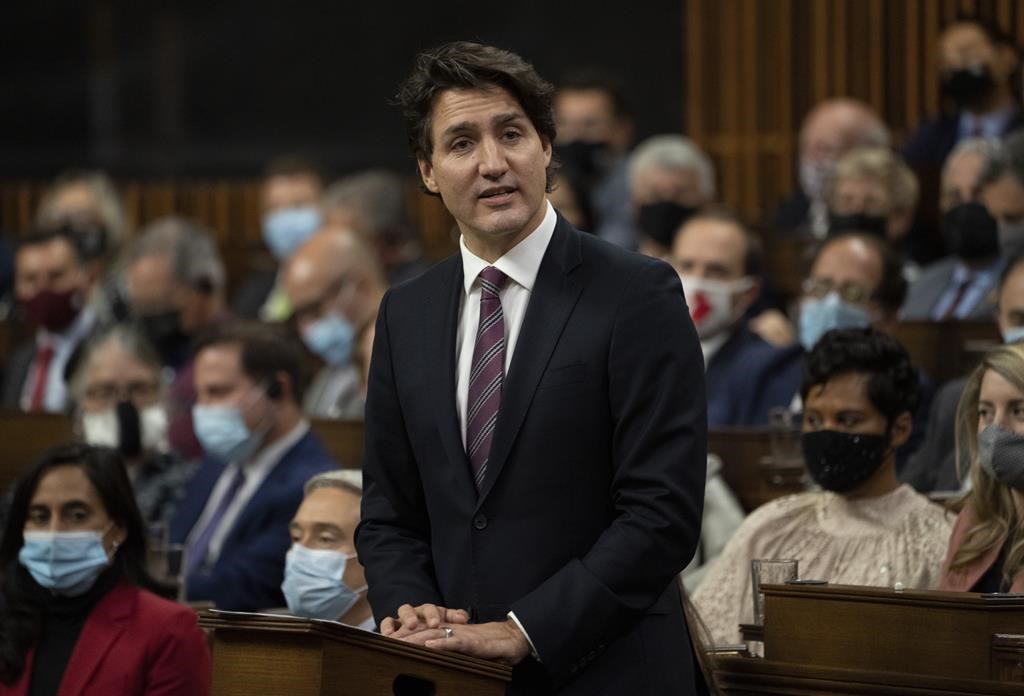 Whenever I advise a politician, I always make a prediction.

“I predict you will have a long and prosperous political career,” I’d say, “if you don’t make any predictions.”

The most famous cautionary tale about political predictions comes from 1948. (I wrote all about it in one of my books, which I predict you will now want to buy.)

1948 was a U.S. presidential election year. That year, Harry S. Truman was the Democratic candidate and the incumbent. Thomas E. Dewey was the Republican standard-bearer, and the Governor of New York.

Except, he didn’t. Truman won a massive electoral college victory. So much for political predictions.

But politicians still make ‘em. During the pandemic era, in Canada, we’ve been on the receiving end of not a few, too. Remember a cowboy-hatted Alberta Premier Jason Kenney boasting at the 2021 Calgary Stampede that the province would experience the “best Summer ever”? His party even sold ball caps bearing that prediction, so confident were they.

Covid 19 went thereafter on a rampage in my home province. So, in September, Kenney apologized: “It is now clear that we were wrong. And for that, I apologize,” he said. But polls suggest Albertans have not yet forgiven him.

And, to be fair, he’s not alone in getting things wrong. Prime Minister Justin Trudeau, for example, stepped into the minefield that is the soothsaying business in November 2020. The pandemic’s almost over, Trudeau suggested: “We’re going to need to have to do this for another few weeks, for another few months, and we can begin to see the other side of this.”

A “few weeks”? Nope. It’s much more than a year later, and the number of infected Canadians is worse than it’s ever been. With no end in sight.

But Messrs. Kenney and Trudeau aren’t alone. The leading American infectious disease specialist, Dr. Anthony Fauci, actually forecast the end of handshakes: “I don’t think we should ever shake hands ever again, to be honest with you.”

That one didn’t come to pass, either. Many people still do, although perhaps not as much.

Other predictions by politicos and polling expert types: birthday candles would never again be blown out. Office spaces would never be used again, or not like they once were. Samples in cosmetic stores: gone. Business attire: toast. Air travel: buh-bye. Oh yes, and cities: cities, along with all that other stuff, was declared null and virus-voided. By some supposedly-smart political people, too.

A few pandemic prognostications were crazier than an outhouse rodent, and everyone knew at the time. Witness President Donald Trump’s firm prediction that the virus would away by the time the weather got warmer.

The virus didn’t go away, however. But Donald’s presidency sure did.

Political predictions are risky, risky business. We ink-stained wretches make preposterous predictions all the time, and we rarely get called on it. But woe unto the politician – cf. Trump, Kenney et al. – who has a muddied crystal ball. They’ll never hear the end of it, if they get things wrong.

So, no predictions, here, about when the pandemic will end, whether another variant is heading our way, or whether the Maple Leafs will ever actually win something (anything).

Instead, I verily predict that this column will end right about here.

(And the Leafs will never win.)

As two weeks to flatten the curve lumbers toward its third year, one develops a kind of natural immunity to things like theNational Post’s Nov. 5 story that “herd immunity” is impossible. I mean, you wouldn’t want an outbreak of recognition that the authorities had been making it up all along.

They have. That story began “Back in the early stages of the pandemic, when vaccines were still just a hopeful idea and variants of concern had yet to make an appearance, herd immunity was all the talk… Most researchers… figured a community would need to see 60 to 70 per cent of its population immunized (either through vaccination or catching the virus) to starve COVID-19 of new bodies to infect… But that figure seems quaint now.”

I can think of other words. But in some sense we’re not meant to keep track because it never was about consistency, let alone accuracy. It was about being soothing. Thus a note in my files has the premier of New South Wales, Australia urging his people on Nov. 8 to give it a “final push” to get to “the magic 95%”. Magic. Yay. Saved. But then came the Nov. 24 story “British scientists warn of ‘horrific’ new COVID-19 variant”, rare so far, that “carries 32 mutations, suggesting it is highly transmissible and vaccine-resistant.”

OK, there’s no particular reason politicians would know what the disease was going to do. But the problem is that there is a reason they’d pretend to. There’s a wise line attributed to Donald Rumsfeld: “Learn to say ‘I don’t know’. If used when appropriate it will be often.” But what would ensue if a politician said it on an important issue?

They would be roasted. And roasting politicians for ignorance is often justified. For instance Trudeau on monetary policy. But in addition to the virtues of saying “I don’t know, let me check”, there are many things nobody can know, including what the economy is going to do. And we voters don’t want to hear it.

On COVID it would have been reasonable for medical officers of health (is there another kind?) to say, and politicians to repeat: Look, we have some idea how emergent diseases play out because humankind has been plagued by them, to coin a phrase, from time immemorial. From things like the Antonine Plague, The Plague of Cyprian, and the hey-did-everyone-just-drop-dead plague we know they generally mutate into less virulent strains because killing your host is maladaptive. Unless they don’t. Like Ebola, polio, the Black Death or smallpox. Some we can mostly prevent. Others not so much. Natural immunity is some help. We’ll have to wait and see.

There’s the real problem. The worst thing they could have said politically is the most reasonable scientifically: that they are aware of a problem but cannot entirely solve it. And the reason they can’t say such a thing is not that the opposition would swoop with bared claws. It’s that they would swoop, and successfully, because citizens would refuse to accept such an answer.

We have this illusion of technical omnipotence in modern society. And if we were to let go of it, we would feel especially naked before a pitiless fate if we are pure materialists all excited about evolution until germs do it. So a headline “COVID-19: System can deal with rising cases, Elliott says” tells you nothing about what the system can deal with, whether cases are rising or what Elliott thinks about either. Instead MRDA, because they must tell you everything is under control if you just do whatever you’re currently told, regardless of what you were told last week, will be next week, or what they really think or fear might be looming.

Thus after the initial blatherskite flopping around on don’t stay home got to a Chinese restaurant you nasty bigots, masks don’t work, what me close borders, they told us to stay home until they got effective vaccines. Which obliged them to claim whatever vaccines they got were effective. And now to say the vaccines are so effective everyone needs boosters because otherwise the unvaccinated will infect the vaccinated and vice versa and we can pump any quantity of one experimental spike protein after another into you, granny and that kid over there and nothing can possibly go wrong.

It’s bad biology. But it’s good politics. Unlike “Hey, it’s a disease, so as usual some people will get sick and some of them will die while others will recover and die later because everybody dies eventually”.

So remember: When we reach the magic number, whether 70 or 95 this week, we’ll all be protected until we’re not. And everyone must accept the next soothing tale or be thought loud and stupid.