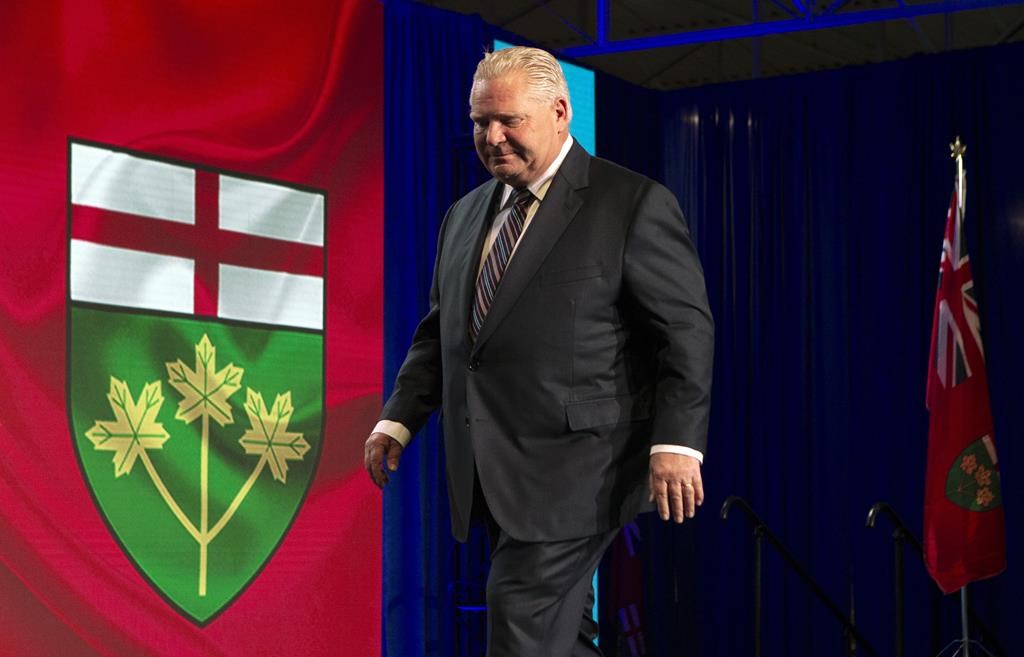 Ontarians should listen for a giant sucking sound from Queen’s Park.

Now that the election is over and MPPs know that they don’t have to directly answer to voters for another four years, you can bet that Ontario’s political parties will team up once again to funnel even more money from taxpayers’ wallets into party coffers.

For those who didn’t know, Ontario’s political parties are giving themselves millions of dollars four times a year through a process known as the per-vote subsidy. Each party gets a set amount of money based on how many votes they received in the last election with no strings attached. Parties can spend that money on whatever they want, including lawn signs and attack ads during election campaigns.

But earlier this year, Ontario’s political parties did something unprecedented. All four of them took nine months’ worth of quarterly political welfare payments early, so they could spend the money during this spring’s election campaign.

Never before have Ontario’s political parties taken a payday advance from taxpayers. But thanks to legislation the Ford government passed last year, with no quarrels from the opposition, that’s exactly how it played out.

Roughly $10 million was loaned from you, the taxpayer, to Ontario’s political parties to finance their election campaigns.

Yet now that election day has come and gone and the money is spent, Ontario’s political parties are waking up to the fact that they won’t get quarterly payments for the next nine months, having taken the money early.

Without having to face the wrath of voters for another four years and hungry for cash, you can bet dollars to donuts that Ontario’s political parties will team up once again and try to alter the payday advance to make it a forgivable loan and make sure they get taxpayer cash over the next nine months.

Political parties will pretend they desperately need this cash. As former NDP leader Andrea Horwath said, “there has to be a way of funding democracy.”

But democracy isn’t about sweetheart handouts from taxpayer coffers to partisan politicians. In fact, these payments erode democracy by allowing political parties to skip the legwork to connect with everyday voters and earn donations from supporters. And it certainly isn’t democratic to take the same money twice.

If parties are short on cash, they should be turning to their supporters to help finance party operations over the next nine months. Asking Ontario taxpayers to allow them to double dip by taking a payday advance and getting their pay a second time would be unconscionable.

At the federal level, parties don’t get quarterly payments from taxpayers and all of them have been raking in millions from their supporters. In 2021, their fundraising hit an all-time high. If federal parties can manage to keep the lights on from individual, small dollar donations, their provincial counterparts surely can too.

Four years ago, Premier Doug Ford promised to scrap Ontario’s political welfare regime. At the time, Ford declared that he did “not believe the government should be taking money from hard-working taxpayers and giving it to political parties.”

But instead of ending the system, he expanded it. He also arranged for the payday loan Ontario’s political parties were given this spring. Ford certainly can’t claim he’s fighting for taxpayers if he chooses to move ahead with political welfare double dipping.

The political welfare payday loan was even more evidence that Ontario’s political parties cannot be trusted with taxpayer cash. Taxpayers should say no to double dipping. After that, Ontarians should demand that the program be scrapped altogether. It’s time for Ontario taxpayers to get out of the political party welfare business. 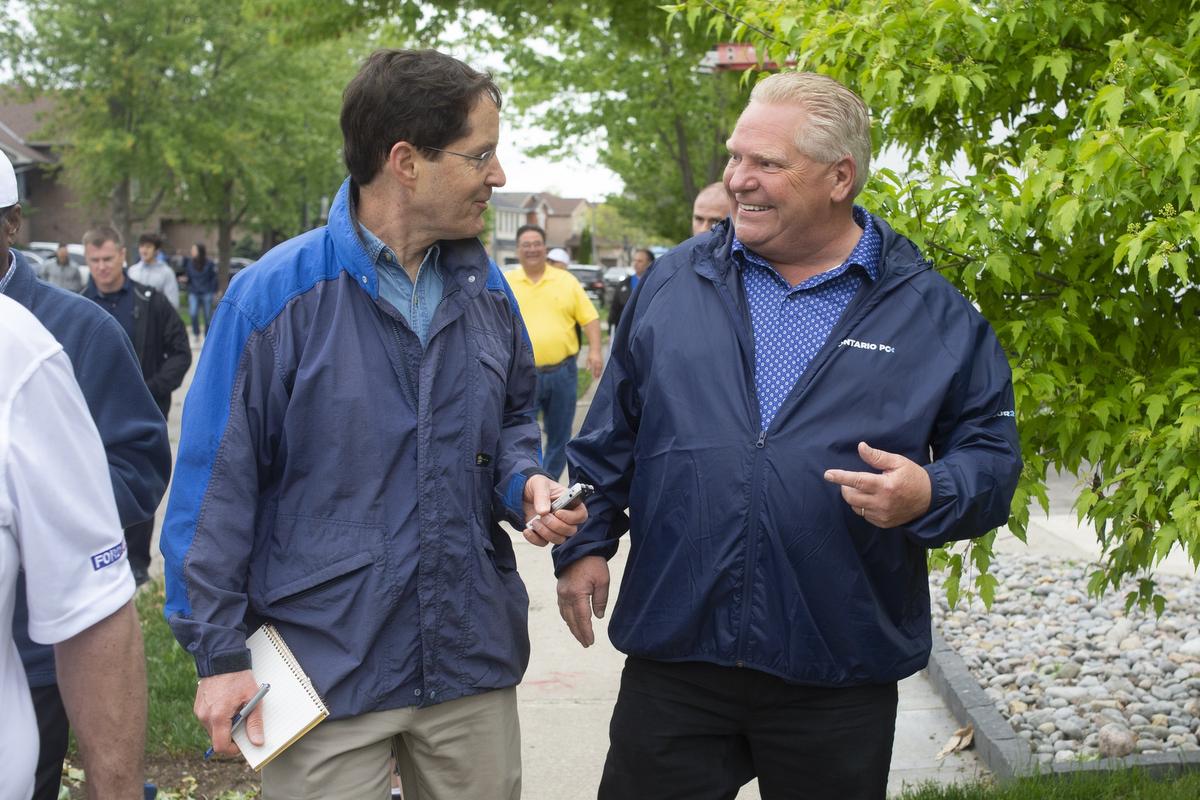 If you don’t like the idea of burning piles of cash in your living room fireplace, the way political financing works in the province of Ontario will make your blood boil.

With election day a week away, millions of Ontarians are being forced to watch political ads that make them want to stop paying their cable bills.

But it gets much worse for taxpayers because we’re footing the bill.

Every three months in Ontario, millions of taxpayer dollars go from the taxpayer cookie jar to the province’s political parties to spend on whatever they so choose.

Last year, taxpayers were forced to fork over more than $12 million to Ontario’s four largest political parties through what is commonly referred to as the per-vote subsidy.

This money isn’t for living or meal expenses for those who work at Queen’s Park. It isn’t paying for Elections Ontario’s operations or non-partisan get-out-the-vote efforts on election day. This is money politicians can spend on virtually anything, including attack ads during election campaigns.

Premier Doug Ford promised to scrap this politician slush fund four years ago. Instead, he increased the value of the payments being given to Ontario’s political parties and he even arranged for the four major parties to collectively receive $10 million in advance subsidy payments to help cover their election costs.

While the opposition parties howl in protest when Ford so much as breathes, they’ve all come together to quietly support Ford’s decision to keep the taxpayer party finance gravy train going.

Politicians have long argued that these subsidy payments are needed to keep political parties afloat. NDP leader Andrea Horwath, for example, has claimed “there has to be a way of funding democracy.”

Political parties also fundraise. In 2020, while the pandemic shut down much of the province, Ontario’s major political parties still raised millions. The Progressive Conservatives raised the most, at $3.4 million, followed by the Liberals at $2 million, the NDP at $1.7 million and the Greens at $700,000.

If politicians could raise millions during a pandemic, they can surely do so at an even faster pace at this point.

Many politicians claim that even with generous election reimbursements and strong fundraising numbers, their parties wouldn’t be able to survive without per-vote subsidy payments.

Attorney General Doug Downey suggested that in the absence of the subsidy, Ontario could face a situation “where parties aren’t part of the discussion because they can’t afford to be there.”

These claims are disingenuous. The Harper government repealed the very same program at the federal level more than a decade ago. Opposition parties warned that they wouldn’t be able to function without the cash. But the parties learned to adapt, relying more on fundraising, and have survived and thrived on their own.

If parties on Parliament Hill could figure out how to manage without political welfare payments, parties at Queen’s Park can too.

It’s time to take away the taxpayer cookie jar. Ontario’s political parties need to go on a diet. No matter which party wins this election, taxpayers should demand that politicians put an end to these wasteful entitlements and focus on serving constituents, not themselves. 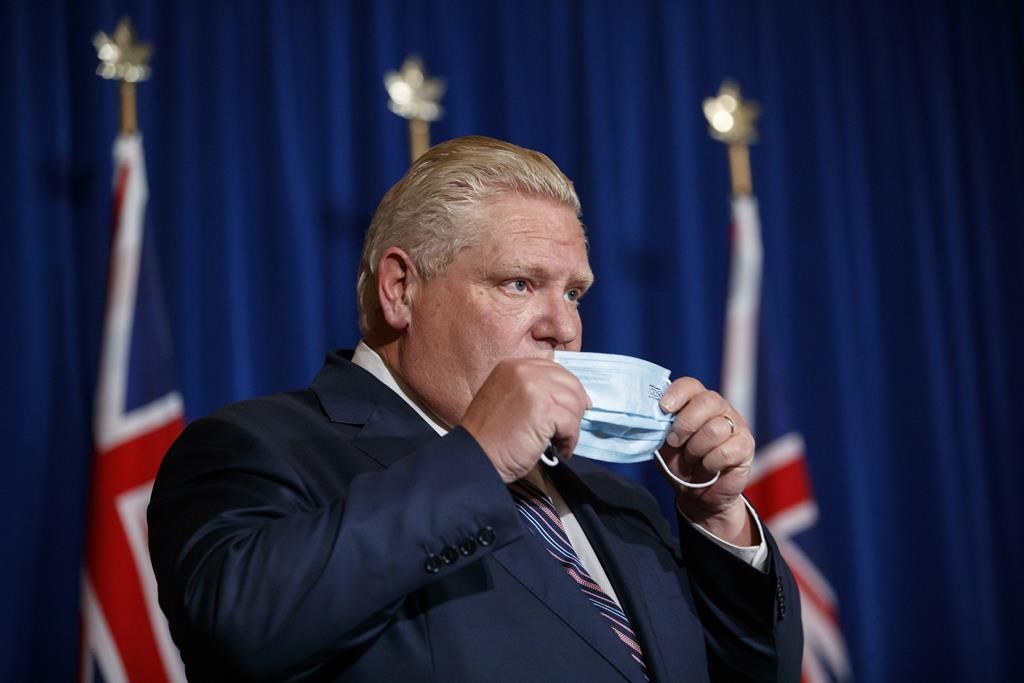 If your wallet is feeling lighter, it’s not just because of the rising cost of living and inflation.

Ontario’s political parties have teamed-up to take $14 million out of taxpayers’ pockets this year, and they’re just getting started.

Back in 2014, former premier Kathleen Wynne introduced the per-vote subsidy. Under Wynne’s plan, political parties would get a set amount of money from taxpayers every three months, to be spent on whatever the parties want, including lawn signs and attack ads.

Thanks to Wynne’s program, Ontario’s political parties have taken nearly $100 million out of taxpayers’ wallets in the past seven years.

But Wynne isn’t the only politician who deserves some coal in the stocking.

Ford has been in office for more than three and a half years, and Ontario’s political welfare program is alive and well.

In fact, political welfare is thriving like never before.

In February, Attorney General Doug Downey announced the Ford government planned to keep Wynne’s political welfare system in place. He also announced that the amount of money Ontario’s political parties receive under the program would increase to historic new highs.

That means not only did the Ford government fail to repeal political welfare, as promised, but it’s also made it even more costly.

When Downey announced this policy reversal, he blamed the pandemic, claiming that the economic climate meant Ontario’s political parties couldn’t fundraise as much as they would have liked to.

All three of the opposition parties at Queen’s Park have chosen to go along with the Ford government’s plan to suck money out of taxpayers.

Ford’s team also quietly introduced a new gravy train for Ontario’s political parties ahead of the 2022 election. The four parties are set to receive $10 million in taxpayer loans for them to spend during the 2022 campaign.

Taxpayers will literally be loaning money to political parties for the privilege of being forced to watch the kind of TV attack ads that make us want to throw our televisions out the window.

But new evidence posted on Elections Ontario’s website shows that the Ford government’s decision to blame the pandemic for breaking its election promise is just hot air. The government’s own legislation keeps the system in place until at least the end of 2024.

If the government wants to blame the pandemic, it certainly can’t use that excuse to justify a three-year extension of the program.

The fact that Ontario’s political parties are crying poor is also a load of hogwash. Last year, in the thick of the pandemic, Ford’s Progressive Conservatives raised $3.4 million. The Liberals and the NDP raised millions as well.

Do those numbers suggest that political parties really need our help?

There are literally thousands of things hard-earned taxpayer dollars could be better spent on.

The average Ontarian is set to pay $1,850 in provincial sales taxes this year. With the $14 million going into Ontario’s political parties’ pockets, over 7,500 Ontarians could have had a sales tax holiday for the entire year.

Does that sound like our politicians have their priorities straight?

Ontario’s politicians are using the pandemic as a weak excuse to justify raiding the treasury.

Taxpayers can’t let them get away with it.

Ford was right when he said that taxpayers shouldn’t have to see their hard-earned tax dollars pad the pockets of political parties.

Before the next election, taxpayers want to see the old Doug Ford make a return to Queen’s Park and finally take political parties’ hands out of the taxpayer cookie jar.