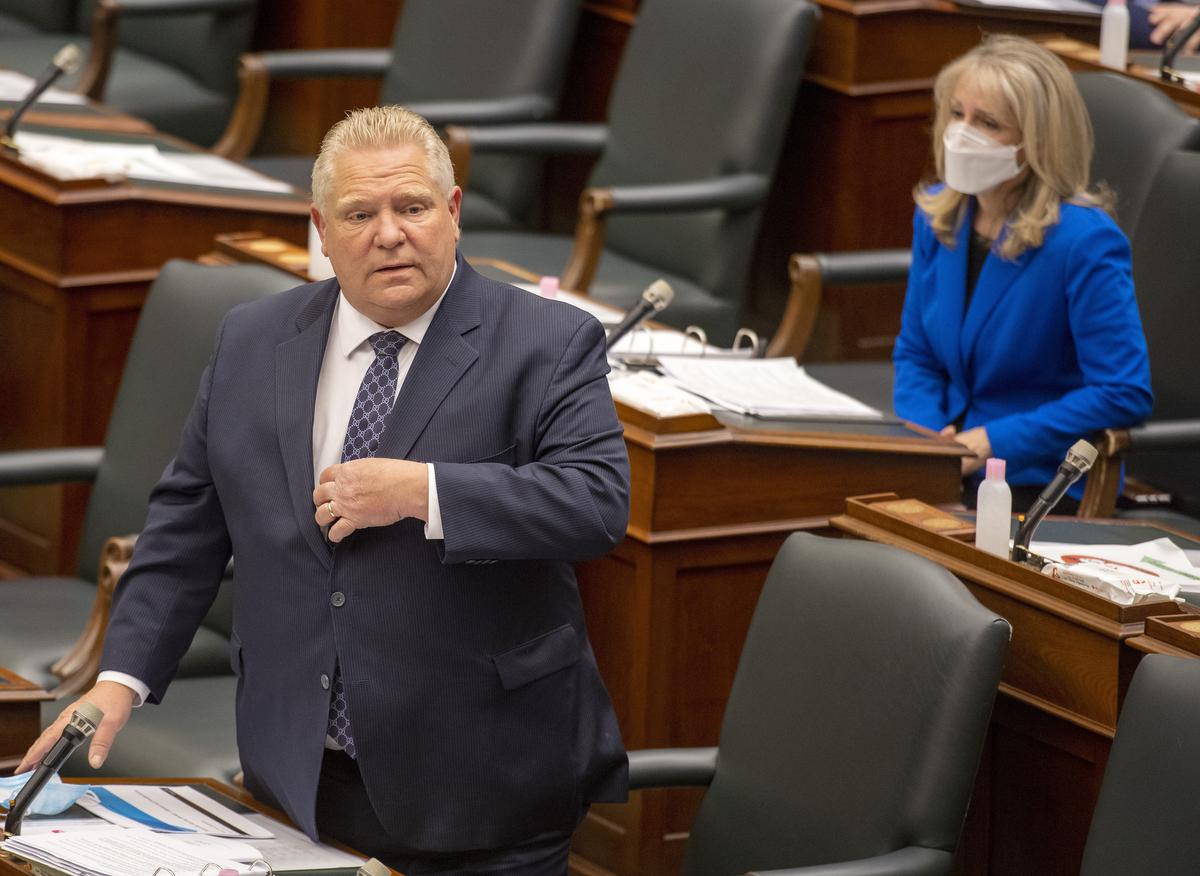 Cabinet ministers in Ontario’s Progressive Conservative government have insisted throughout the pandemic that when they close schools or businesses they are guided by science and following the evidence.

But they have ignored the evidence when it comes to regulating political advertising.

The government recalled the legislature in June to tighten restraints on pre-election ad spending by so-called “third parties” (advocacy groups other than political parties).

The old law let groups spend up to $600,000 in the six months before the official starting date of the election campaigns. The new law extends the time to spend $600,000 to 12 months prior to an election kickoff.

The government lost a court decision when a judge decided the $600,000 cap over 12 months was an unconstitutional curb on the “freedom of thought, belief, opinion and expression” in the Charter of Rights and Freedoms.

Days later the Conservatives deployed the Charter’s rarely used Section 33 — the “notwithstanding clause” — in a bill to overrule the court.

The opposition parties voted against the bill, probably figuring they benefit from more ads that attack Conservatives. But essentially the opposition and the government agree. They all agree the new law will reduce the influence of election ads, and they all think voters are naïve and gullible.

Without tighter limits on third-party spending, Calandria asserted, “a few wealthy elites, corporations and special interest groups… would be allowed to interfere in and control our elections with unlimited money….”

By reversing his government’s court defeat, premier Doug Ford said he’s “protecting democracy.” But from what?

There is no evidence the public needs protection from political ads because the ads don’t work.

The New York Times columnist David Brooks cites U.S. research showing “in state and national elections” there is “barely any relationship between more spending and a bigger victory.” The evidence Brooks cites found that if one candidate ran 1,000 more commercials than an opponent it translated into “a paltry 0.19 per cent” advantage in the results.

After carrying out experiments during the 2016 U.S. presidential election, University of Rhode Island political scientists Liam C. Malloy and Shanna Pearson-Merkowitz concluded, “…Negative advertising appears to never be effective in either increasing a candidate’s margin of victory or driving up turnout for the candidate or driving down turnout for the competition.”

Like other paid advertising, people bypass political ads. Commercials, radio spots and print ads for all kinds of products are failing to deliver. A University of Southern California professor, Gerard J. Tellis, analyzed 750 studies on advertising effectiveness published between 1960 and 2008 and found a 10% increase in ad spending led to only a 1% increase in sales.

Sales would rise by only 1% if a firm doubled its TV advertising, according to a study published this year by University of Chicago researchers. They focused on 288 popular consumer goods such as Diet Coke and Bounty paper towels, concluding that the return on investment was negative for many products. Companies spent more on commercials than they earned back in additional sales.

Voters don’t need government protection from election advertising. They are protecting themselves. Around the globe, hundreds of millions have downloaded ad blockers. Voters also have natural defence systems against incoming political missiles. In a national poll in 2011 for the Advertising Standards Council of Canada, 57 per cent said most advertising is truthful, but just 30 per cent said the same about political advertising.

When they make policies about Covid-19 — or about political advertising —  politicians should follow the evidence.

Marc Zwelling is the founder of the Vector Poll™ (www.vectorresearch.com) and author of Public Opinion and Polling For Dummies, published by Wiley (2012) and Ideas and Innovation for Dummies (Wiley, 2021).