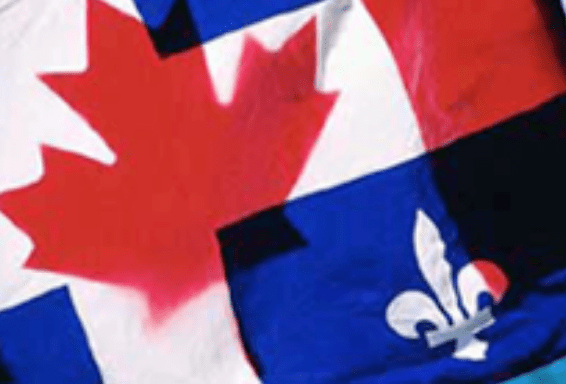 Apparently we’re back to debating how many Canadian politicians can grovel on the head of a Quebec nationalist pin. But before we decide whether Quebec is a nation, perhaps we should give a bit of thought to whether Canada is. And while we’re at it, what a nation actually is.

I realize talking about reality now marks you as something of a clod, or oppressor. After all, it’s about what you identify as, right? Up to a point, which you could test by wearing a Babylon Bee “I identify as vaccinated” T-shirt. But apparently Quebecers identify as a nation, or possibly a bunch of politicians identify them as one, and what’s the difference between acknowledging and stereotyping?

I’m glad you asked. Because in his magisterial if eccentric The Story of Philosophy Will Durant says Socrates drove people insane by insisting that before launching a lively endless hair-pulling argument they define their terms. For instance “justice”. Or, here, “nation”. You can’t really tell whether “Quebec” is a nation, as the CAQ now insists, or the “Quebecois” are as Stephen Harper insisted in one of his cunning plans to make the Tories the natural governing party, or neither, until you know what a nation is.

Of course Socrates and Aristotle and that crowd are long-dead white males so oppressive they didn’t even have the decency to be white so we’d know who to hate. But they had a point. Namely “You keep using that word. I do not think it means anything.”

Which to post-moderns is a feature not a bug. They say words don’t mean anything so it’s all a power struggle (which deconstructionist professors win on the salary and parking pass clauses in their employment contracts). Thus the issue may not be whether Quebec is a nation so much as whether they can make us all say so. As with whether Taiwan is one, I might add.

In the PC minefield that is Canadian politics, and public affairs, it’s also fraught because of our “First Nations”. If you say they’re not nations, you’re cancelled. And if you say as sovereign entities they should pay their own bills and go through Customs to enter another nation known as Canada, you’re cancelled. But if we don’t know what we’re talking about, we may not make a lot of sense.

So the first step in determining whether Quebec is a nation is to determine what nations are. Following the classic syllogism “All men are mortal; Socrates is a man; therefore Socrates is mortal”, whose acarpous formalism was tested empirically by making him drink hemlock, if you didn’t know what a man was you couldn’t check Socrates for relevant attributes. Which we might also struggle with now. But I digress.

When it comes to defining “nation”, the two major contenders seem to be “a sovereign entity” and “people with shared culture”. Stephen Harper tried to defuse this issue by making the Quebecois, not “Quebec,” a nation in the sense, I suppose, that they eat poutine, like the Habs and speak coherent English to customers if they feel like it. But the CAQ has in mind political implications like making people subject to the Quebec government not speak English to customers even if they feel like it. So we need to know: Is a nation a sovereign entity? A culture? Or the former defined by the latter? And Canada before Quebec please. Because one important issue is whether you can have nations within nations or they are mutually exclusive.

Another, to dwell on definitions so persistently that like Socrates’ hapless interlocutors we never get anywhere except into a rage, is that cultures do exist or there wouldn’t be forbidden jokes like the European heaven/ European hell gag or Max Weber’s permitted and forbidden jibe. But they are not uniform; there are German engineers whose bridges collapse and Frenchmen whose béchamel is inedible.

As you recall from high school history, people once thought homogeneous states helped avoid war. For instance in 1648. And 1919, at least if you were Woodrow Wilson. Then something happened to convince people excessive emphasis on ethnicity could also generate conflict, so we all became good multiculturalists. Without deciding whether to define that term as “it’s OK to eat garlic” or “it’s imperialist to oppose female genital mutilation.”

It matters, because when people go around claiming to be a nation, they generally don’t mean “Try this dish.” They mean “Our region should be a country because you’re stifling our core values.” And people who say “You’re not a nation” generally mean “You’re fine in the country you’re part of now.” Which is usually untrue; most secessionist movements are right about what they oppose but wrong about what they propose.

Canada is different. We are one of the world’s few truly great nations, free, prosperous, dynamic and open. And when I was young, proud of being bilingual not bitter about it. (We mostly weren’t actually bilingual, but we had the cereal boxes.) And proud of being the True North Strong and Free. Free from secret police, from high taxes and from rules against “Hello bonjour.”

Now we’re the world’s first post-modern nation with no core identity, a Charter of Loopholes, a swollen state and a grovelling elite that can only apologize. And in the process of losing our identity, or deliberately throwing it away, we apparently lost the capacity to assert our sovereignty, to the point that one province can now amend the constitution as if it were, what’s that word, a nation.

If we had a culture it would not be homogeneous. Some among us wouldn’t even eat maple shawarma. Or serve visiting dignitaries such a monotonous diet that, with Prince Phillip, they blurt out “If I have to eat any more salmon I shall swim up a river and spawn.” But the swimming pool joke would still be funny, and our victories at Vimy and Juno still reflect the steely competence beneath our modest exterior. And we’d still be a nation.

Instead, who speaks for Canada today? Who says no, Quebec is not a nation, it’s a province in Canada which should be good enough for anyone? Would one federal leader declare Canada a nation without a paper bag on their head, or its?

If not, you know why Quebec is slipping away. And Canada. We forgot to be a nation, because we forgot what they are.