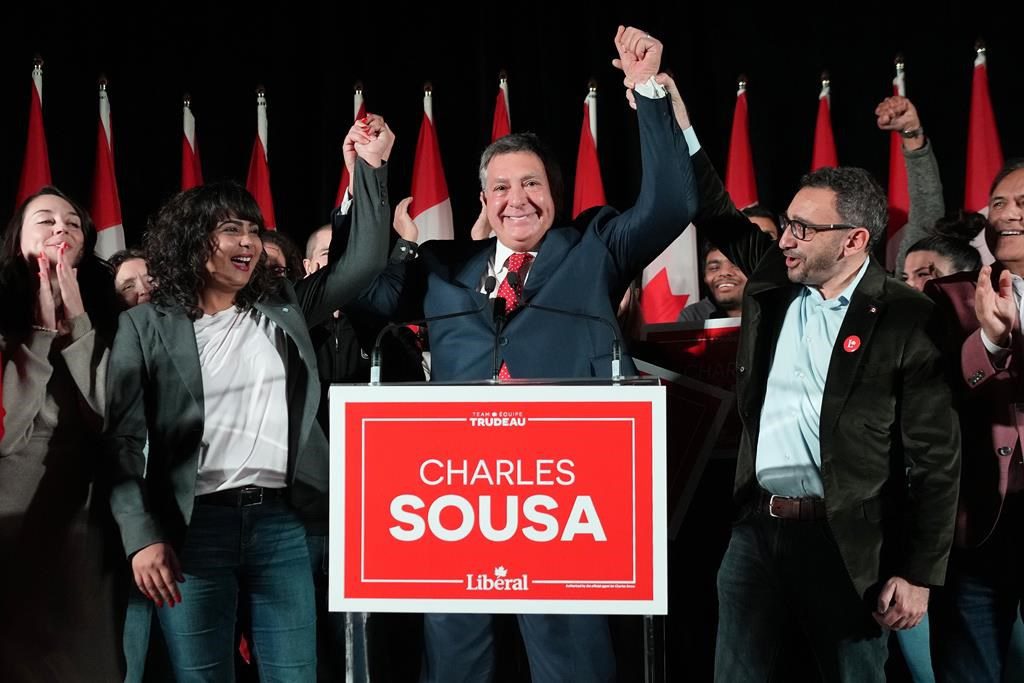 Liberal MP Sven Spengemann announced in May that he was leaving federal politics to join the United Nations and work on humanitarian relief and development in Asia. A by-election was scheduled in his Ontario-based riding of Mississauga-Lakeshore for Dec. 12.

That by-election, which occurred on Monday, produced an unsurprising result.

A Liberal seat stayed with the Liberals. Seems pretty straightforward, right? Not in the eyes of some columnists, media commentators and political strategists.

There were suggestions that Mississauga-Lakeshore was a “test” for Conservative leader Pierre Poilievre. He had won a massive victory in the Sept. 10 Conservative leadership race, and was leading in some opinion polls over Prime Minister Justin Trudeau. Here was a by-election in the vaunted 905 area code, one of the battleground locations in recent federal elections. If Poilievre’s success in building a fiscally conservative message with grassroots members, and appealing to non-traditional Conservative voters, was real, then surely it would translate into victory.

When this scenario didn’t come to fruition, the usual banter began to appear. Poilievre was “too conservative” and “too extreme.” Mississauga-Lakeshore had “rejected” his message and the party’s ideology. The Conservatives needed to move back to the “centre” and represent “moderate values.” Poilievre and the Conservatives had “failed” an important test, and were backtracking and making “excuses” for losing a winnable riding.

Really? This is what some of you believe happened in the by-election – or, even worse, want people to believe what happened?

To begin with, the federal riding of Mississauga-Lakeshore was never in play during the by-election. This isn’t an excuse, ladies and gentlemen. It’s reality.

The Liberals have therefore held this riding for 25 of the past 29 years. That’s an iron grip, not a limp wrist.

Hold on. The Ontario PCs have the provincial riding of Mississauga-Lakeshore. Rudy Cuzzetto beat Sousa in 2018 (42.33-35.03 percent), and defeated Liberal candidate Elizabeth Mendes this year (45.09-36.76 percent). Shouldn’t that provincial success translate into the federal arena?

No, it doesn’t. Ontarians, like many Canadians, have had a historical tendency of splitting their vote in federal and provincial elections. This scenario has regularly led to different parties holding one seat or the other. It doesn’t always happen this way, but it’s happened frequently enough. And for the record, Spengemann and Sousa have held Mississauga-Lakeshore for the federal Liberals during Cuzzetto’s tenure as a PC MPP.

OK, but shouldn’t a by-election produce a different result than a federal election?

Absolutely not. By-elections rarely operate in a logical, coherent manner. There are occasional waves of voter frustration with a government in a by-election. Yet, there have been plenty of waves that established a high-to-moderate degree of voter contentment and/or mild frustration that didn’t lead to political upheaval.

Another important factor is low voter turnout in by-elections. This often helps the government in power unless there’s a whiff of frustration, change or reform in the air, and mitigates the political damage to the incumbent party. Mississauga-Lakeshore had a total voter turnout of 26.48 percent. That’s pretty low, and wouldn’t hurt a Liberal Party that controlled this riding for 86.2 percent of the time between 1993-2022.

What about respected political strategist Dan Robertson’s Dec. 13 tweet to me? He agreed it wasn’t a “test” for Poilievre, and knows that “by-elections have next to no significance.” Nevertheless, “when…the NDP loses HALF its vote to the Liberals, well that *is* something and certainly worth paying attention to.”

That’s a good point in theory, but there are several reasons why it doesn’t mean much.

Sousa was a high-profile centrist Liberal candidate who likely pushed some NDP/progressive votes into his camp. It’s happened in general elections and by-elections before. The NDP have also historically fared poorly in this riding. In the fourteen elections and one by-election, the highest vote tally the NDP received was 16.8 percent in 1980, and the lowest was 2.1 percent in 1993. Moreover, the NDP has finished in single digits in this riding in eight elections – and hasn’t been in double digits since 2011.

When you combine this with Jagmeet Singh’s ineffective tenure as NDP leader, and existing frustration related to the three-year Liberal-NDP working agreement, it’s obvious why they couldn’t maintain the piddly 9.75 percent they earned in the 2021 election. They don’t have enough support in Mississauga-Lakeshore to play spoiler, either.

This also helps explain why the Conservatives didn’t place much emphasis on the by-election, and why Poilievre didn’t make an appearance in the campaign’s final few days. Some Conservative MPs made an appearance in Mississauga-Lakeshore, but they did it out of party loyalty and to support Chhinzer – who, by all accounts, was a good candidate. They all knew what was going to happen, and realized that Sousa had a straightforward path to victory.

In summation, the Mississauga-Lakeshore by-election wasn’t a test for the Poilievre Conservatives, significant failure for the Singh NDP, or great success for the Trudeau Liberals. The result was exactly what should have transpired, and was never in doubt from start to finish.