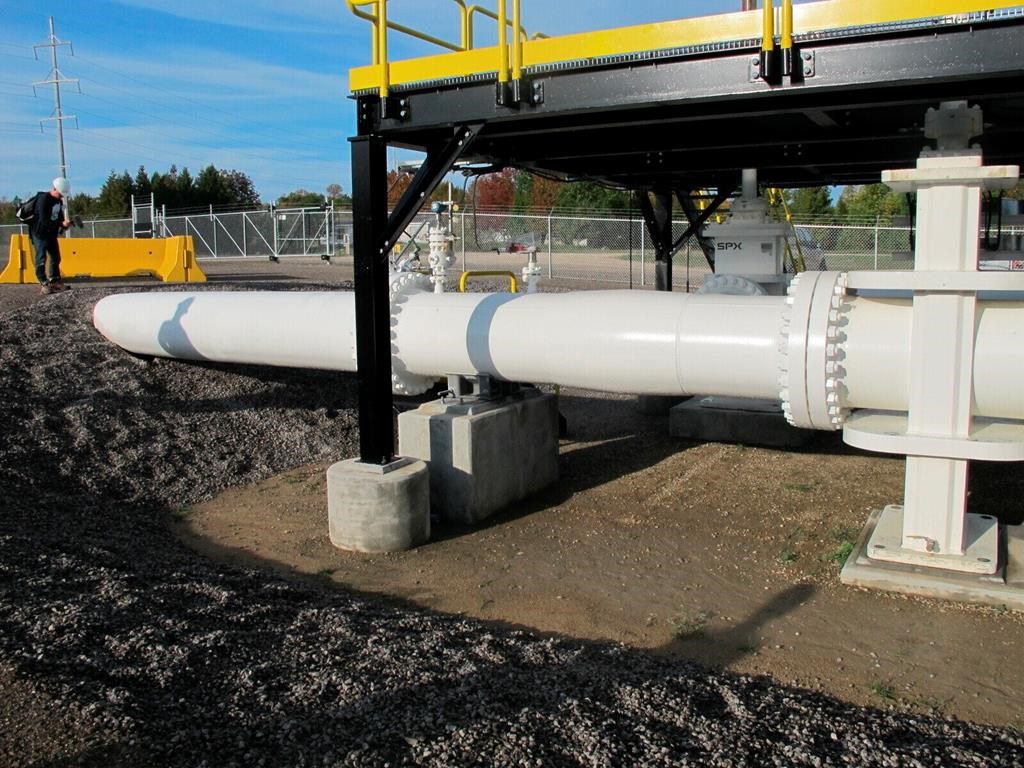 The fate of the Line 5 pipeline under the Straits of Mackinac is not an immediate crisis. But it represents a much larger disaster looming over Canada’s energy industry.

At the heart of the dispute is whether North America has reached the tipping point between fossil fuels and the environment.

Michigan Governor Gretchen Whitmer claims to be arguing the environment’s side of that equation. The pristine waters of the Great Lakes are at stake, according to the Democrat governor, who campaigned on shutting the pipeline down.

Line 5 has suffered a couple of recent boat anchor dings without rupturing, but the line is getting old. Enbridge proposes to bury a replacement line deep under the strait in a tunnel to minimize the risk.

Whitmer wants the line closed immediately. Her state hasn’t given permission for the tunnel construction, which would take about three years to complete.

Proponents of the pipeline argue that if the line is shut down, trucks, railcars and barges needed to handle the oil capacity will be far more polluting in terms of carbon emissions. Michigan downplays that worry and suggests sustainable energy sources and energy efficiency could reduce demand for the pipeline’s contents.

Is it likely a Democrat governor would give a green light to a project to replace a major pipeline at a time when her ally President Joe Biden is aggressively vowing to wean the U.S. off fossil fuels? For that matter, is Biden himself going to look kindly on committing to a major new replacement line?

Ultimately what the line represents seals its longterm fate.

That won’t stop the wrangling over the short term. A huge amount of political capital will be expended as industry and governments take their stands.

This dispute is not exactly without risks for Whitmer. While Michigan’s government is painting the state as a mere way station for Canadian oil to reach Canadian consumers, Michigan consumers get plenty of propane from the pipeline. Neighbouring states have refinery jobs at stake in the line’s continued operation. Already a union representing Toledo, Ohio refinery workers has demonstrated its angst over the possible shutdown by littering the Michigan State capitol lawn with hard hats.

And then there’s the whole Canada versus the U.S. storyline. Canada has more to lose if Line 5 is disrupted. The line feeds into refineries in Sarnia, supplying Ontario and Quebec needs from there.

Prime Minister Justin Trudeau has jumped into the fray with Canada seeking to intervene in the court process. Canada wants the issue of whether Michigan has the right to shut down the line heard in federal court in the U.S. Whitmer wants it decided at the state court level.

Hanging over the process is also a 1977 treaty between Canada and the U.S. which protects pipelines from shutdown unless there is an emergency of some type.

Canadian energy ministers have drenched Line 5 in maple syrup, arguing that Canadian rights, jobs and the economy are at stake.

Enbridge would love this to come down to a focused business argument. Line 5 now carries 540,000 barrels of oil a day to refineries still hungry for Alberta’s energy resources. Transporting that much oil by alternative methods would be more expensive, push up the price of the product and create more carbon emissions.

But politicians have to wrestle with the bigger picture. The tough decision on whether to shift away from infrastructure investment in the carbon economy has to be made at some point.

A safer updated replacement to Line 5, with a hefty half a billion dollar price tag, would protect the waters of Lake Michigan and Lake Huron. But pipelines are designed to last for decades. Will administrations in five or 10 years be willing to argue the new Line 5 should be left only partially filled or shut down to meet emission reduction targets?

There’s been lots of talk about transitioning away from nonrenewable energy. Many of the political calls in that vein so far have involved not-yet-built pipelines and hypothetical jobs.

But the Line 5 decision goes deeper, affecting existing jobs on both sides of the border, treading into international treaty territory, striking at the economic status quo. The court process allows a delay but at some point the big existential carbon economy question must be answered.